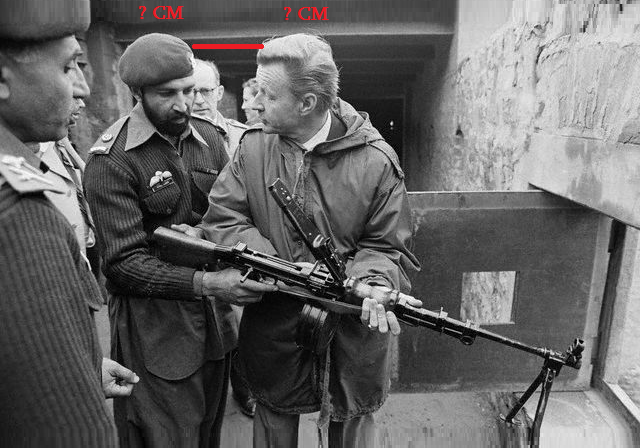 On May 27, 2017, on the day of death of an American political scientist, Zbigniew Brzezinski, a new Georgian left-wing political-economic portal Politicano published a photo, which, allegedly pictured Zbigniew Brzezinski and Osama Bin-Laden. The edition wanted to illustrate with this photo that USA was sponsoring Islamic fundamentalism.

Fact №1. The original photo was taken on February 3, 1980 and its description does not even mention Bin Laden.

The original photo is searchable from a system of licensed photos – Getty Images – in Otto Bettmann’s archive section, which unites millions of photo-collections. According to the description of the photo, it was taken on February 3, 1980 close to Afghanistan’s border. As far as the description goes, Bin Laden is not mentioned, so the man pictured on the photo is most likely a member of the Army of Pakistan. Fact #3. Brzezinski and the military man on the photo are nearly of same height, whereas Bin Laden was higher than Brzezinski.

According to the FBI, Bin Laden’s height was between 193-198 cm. Brzezinski’s height is not known, however, based on historic photos, we can assume it to be around 177-185 cm. On the photo below, Brzezinski is pictured with Ronald Reagan and Jimmy Carter, whose heights are 185 cm and 177 cm, respectively. As the photos show, Brzezinski was higher than Carter, but lower than Reagan. The given photo shows that Brzezinski and the Pakistani soldier are nearly of same height, therefore it is impossible to see a 9cm difference between them.