Politicano Misinformation, as if the European Union is a Nazi Project 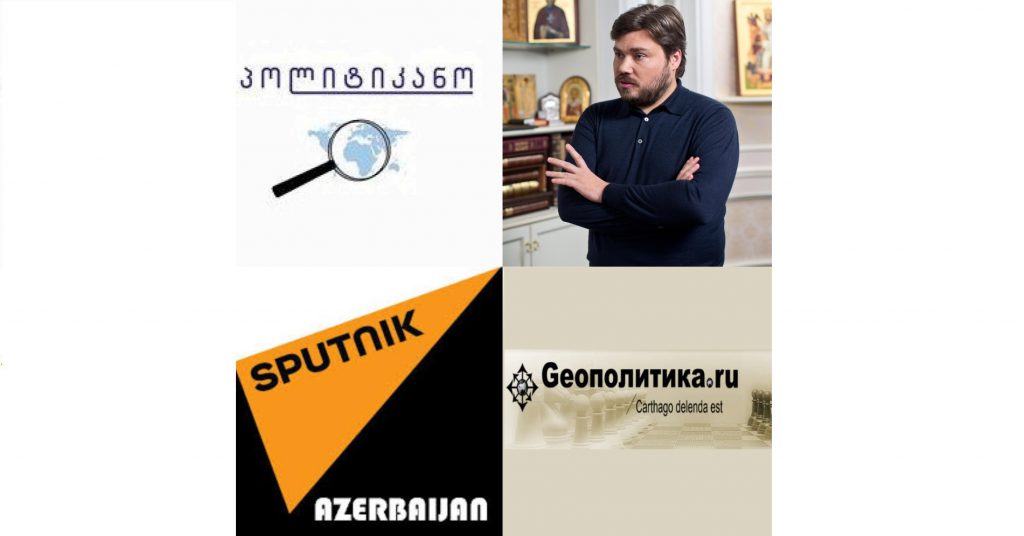 Politicano’s statement, as if the plan to form the European Union belongs to Nazis is groundless and based on a fake Russian source (Katehon). The president of Katehon Konstantin Malofeev is a Russian businessman, standing close to the president of Russia and affiliated with the separatist activities in Donbass and Crimea.

Fact 1. The founding fathers of the European Union have no connection with Nazis

In 1950, French Foreign Minister Robert Schuman declared the initiative of a French politician Jean Monnet about uniting the western European coal and steel deposits. In 1951, the European Coal and Steel Community was created consisting of six states – Belgium, West Germany, Luxembourg, France, Italy and the Netherlands. This is the union that has laid the foundations of the modern European Union. Founding fathers of the EU are German Konrad Adenauer and Walter Hallstein, Luxembourg politician Joseph Bech, Belgian Paul Henry Spaak, Italian Altiero Spinelli, French Jean Monnet, Robert Schuman and others, none of whom had a connection with German Nazism.

The statement of an author claiming that Walter Hallstein was Nazi and the EU project belongs to Nazis, is groundless. Walter Hallstein was a notable German scientist and professor at the University of Frankfurt. He was known for his distinctively negative attitude towards Nazism and had never been a member of the Nazi Party in his life. In 1942, the Nazi regime called him up in an army. He was captured by the American servicemen and while being in captivity, he founded a university in a prisoner-of-war camp. According to EU vs Disinfo, the myth of Hallstein as an affiliated person to Nazism, was disseminated in the Czech media too.

The idea of the ​​European unity was initially announced in Kant’s essay Perpetual Peace (1795). Victor Hugo went into deeper and in 1849, at the International Peace Congress in Paris, he put a term of “United States of Europe” forward. After the First World War, there were number of attempts by international organizations to bring peace to the world, which eventually became the foundation of the modern EU idea. In 1946, on September 19, after the end of the Second World War, in Zurich (Switzerland), Prime Minister of the United Kingdom Winston Churchill announced the idea of the necessity to create the United States of Europe for the first time.

The Nazi Concept of a European unity aimed to an effective management of the German-occupied territories. Hitler intended to conquer the European continent and then the whole world. After Nazi Germany seized Austria, Czechoslovakia, part of Poland and in the beginning of the World War II quickly conquered France, Luxemburg, Belgium and the Netherlands, taking control over Europe and its effective management came at the top of the Nazi government agenda. During this period, various projects were created for the management of German-occupied territories, one of which was developed in 1942, entitled Europaische Wirtschaftsgemeinschaft (European Economic Community). However, there is no historical evidence that in the case of German victory in the Second World War this particular document would be implemented. Also, the Politicano article refers to another source – Gerhart Hass and Wolfgang Schumann’s collection of documents, released in 1972, in Eastern Germany, entitled The Anatomy of Aggression: New Documents Concerning the Military Goals of German Imperialism During the Second World War [Anatomie der Aggression: Neue Dokumente zu den Kriegszielen des faschistischen deutschen Imperialismus im zweiten Weltkrieg]. The only information about this document is available on far-right, anti-EU propagandist websites.

In the case of  German victory in the Second World War  the Europe united by Nazi Germany would be absolutely different than modern European Union: 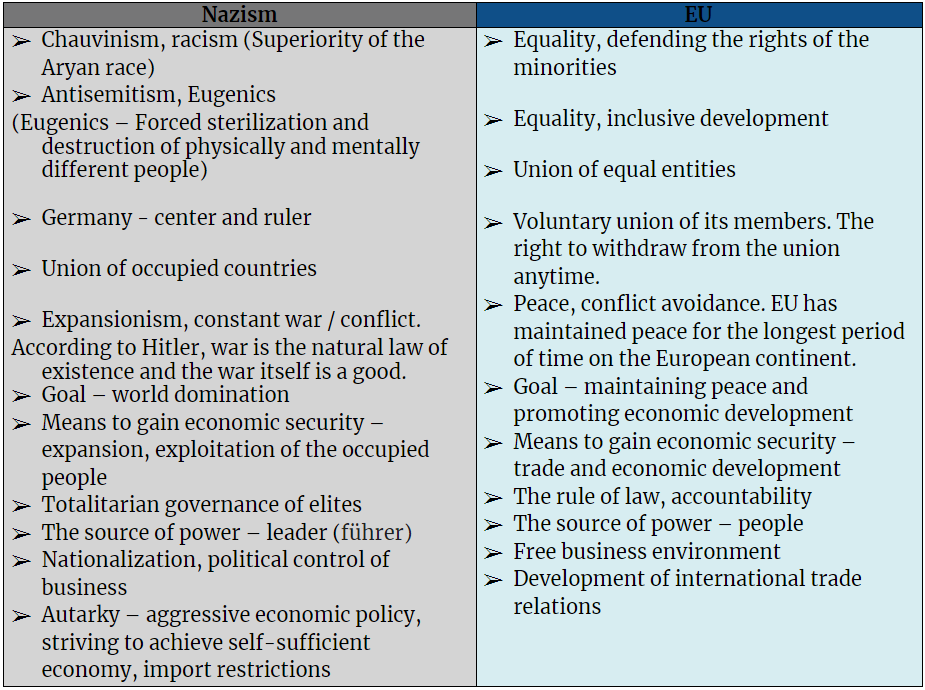 Politicano noted a pro-Kremlin non-governmental organization (think tank) – Katehon as the source of the article. The president of Katehon is Konstantin Malofeev, Russian oligarch, standing close to the Russian president and affiliated with separatist activities in Donbass. He was financially supporting the process of annexation of Crimea by Russia. As a result, the US and the EU listed Malofeev among the persons, entities and bodies subject of restrictive measures. Katehon’s supervisory board members include Vladimir Putin’s adviser Sergei Glazyev and Zurab Chavchavadze – the headteacher of St Basil the Great School (funded by Malofeev), where youngsters are prepared for a future “Russian monarchy”. 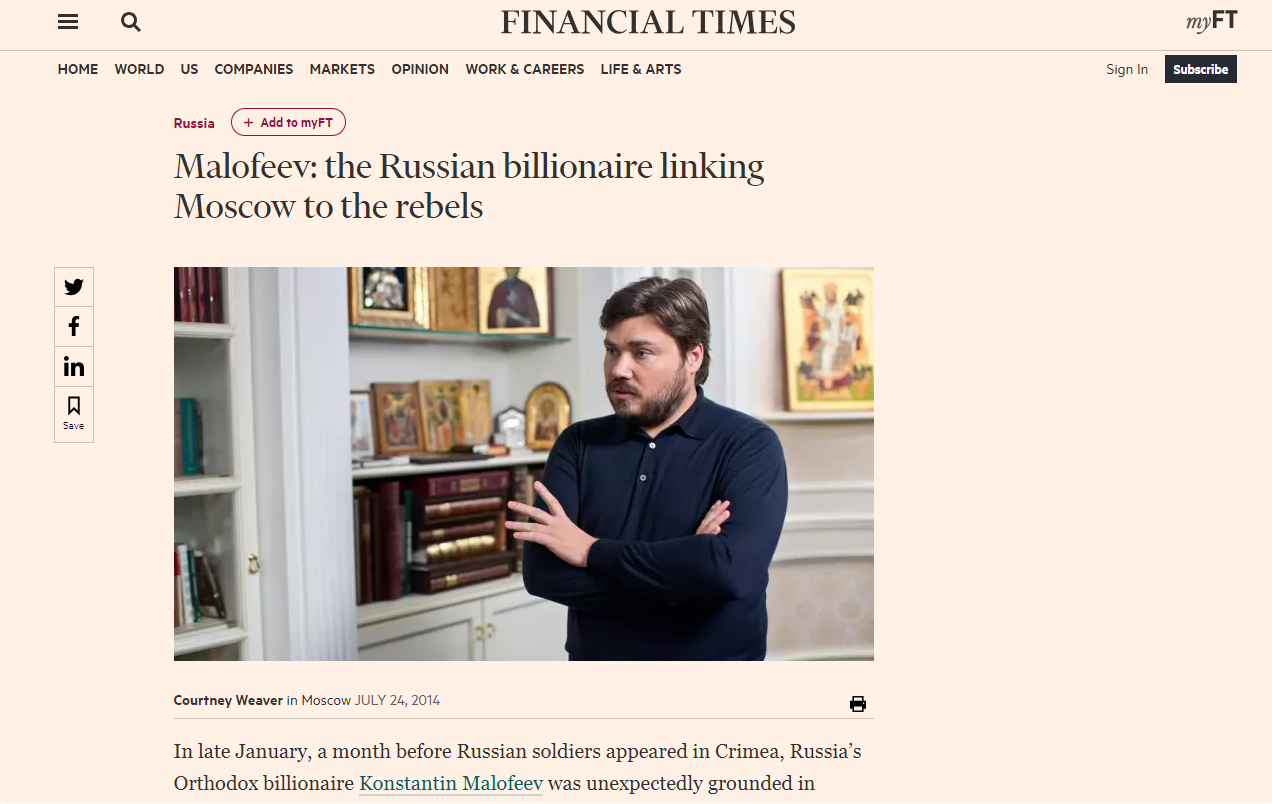 After Brexit, the myth of EU being a Nazi project became especially popular and was usually disseminated by pro-kremlin and/or far-right media.

Geopolitica.ru – The founder of the website is Leonid Savin, Russian propaganda megaphone in Macedonia. He is the head of the Eurasian Youth Union, a branch of the Eurasian Union, created by Alexander Dugin – agent of Russian expansionist ideology. The website in its mission field states that the platform rejects all existing political theories and follows the “fourth political theory”.

Sputnik.az –  Part of the international project created by the Russian government and released in Azerbaijani.

Reject-the-eu.co.uk – Website aims to reveal links between EU and Nazism and supports the United Kingdom’s withdrawal from the EU.

Eu-facts.org –  Website aims to disseminate anti-EU information and reveal links between the EU and Nazism.