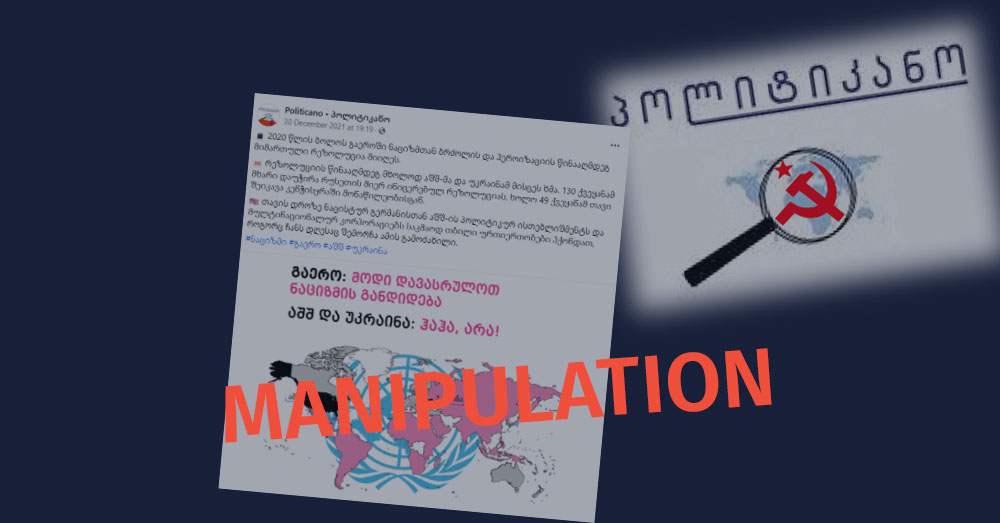 On December 30th, 2021, the Facebook page “Politicano” – a Facebook page linked with Yevgeny Primakov Russian-Georgian Public Center – published a post about the UN resolution against the glorification of Nazism. The post asserted that the resolution initiated by Russia was not supported by 49 states, including the US and Ukraine. The text states that the “political establishment and multinational corporations” of the US had “rather warm relations” with Nazi Germany, an echo of which seems to have survived to this day. The text is accompanied by a meme, according to which Ukraine and the US refuse to stop glorifying Nazism even today. 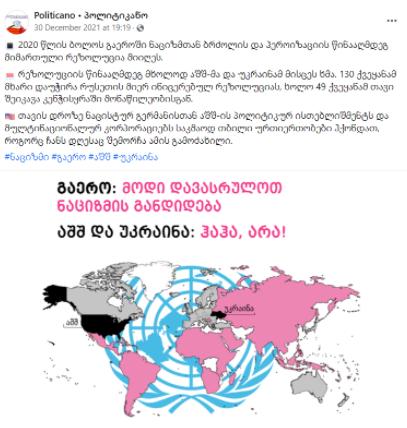 The US:  The official US representation at the UN clarified that the US believes the resolution is politicized and impedes freedom of expression, assembly and association. The explanation also states that the US does not defend Nazi ideology and condemns all manifestations of racism, xenophobia and discrimination.

The post by Politicano was sponsored for the period of January 4-5th. 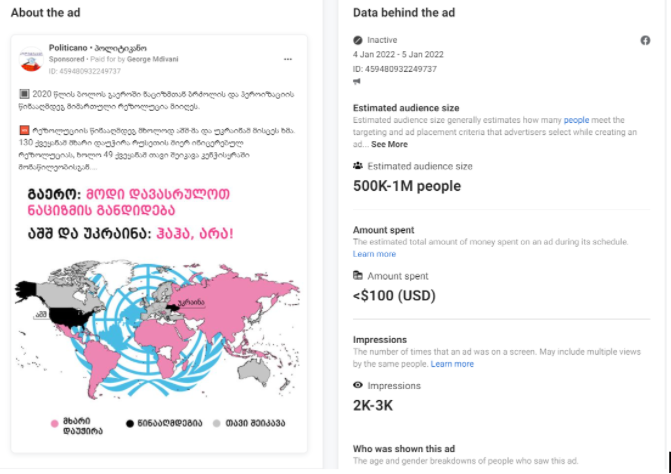 False allegations about Ukraine supporting Nazism were fact-checked by “Myth Detector” in the past as well. See our articles: