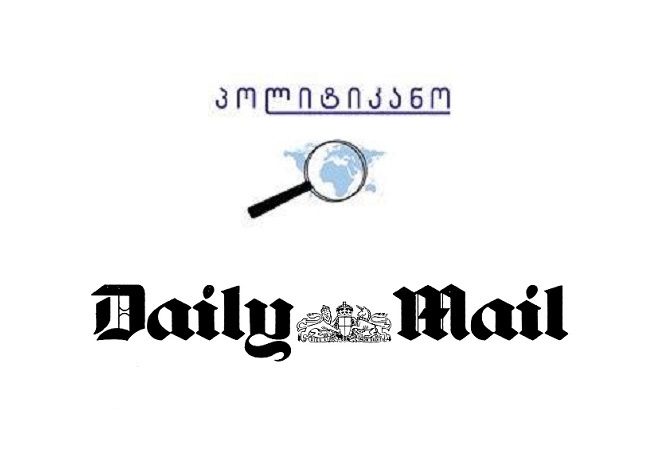 On June 18, 2017, Politicano’s Facebook page published a post allegedly containing information about a holocaust carried out by Ukrainians to Jews. Politicano named a Ukrainian nationalist, Stepan Bandera, and his followers – so-called “Banderovtsi” – as those behind the massacres. Politicano refers to an article by British Daily Mail as a source.

Politicano: “Ukrainians carried out a horrible holocaust to Jews, resulting in the death of 1.6 million Jews. Seventy years on from the end of the World War II, the secret has been revealed, what had only been suspected, has now been officially confirmed. Surely, nobody speaks of it in Ukraine – they only mention ‘Holodomor’.”

Politicano falsely interprets the Daily Mail article, as the English article openly states that the authors of the crimes against the Jews were Germans, not Ukrainians. Politicano also omits the part of the article which says that the Soviet propaganda disseminated the information about an alleged collaboration of the Ukrainian nationalists with the Nazis, a tradition well-preserved in the modern-day Russia.

Real fact #1: Daily Mail connects the issue of collaboration of the Ukrainian nationalists with the Nazis to the Soviet propaganda.

The Daily Mail article claims that the issue of the collaboration of the Ukrainian nationalists and the Nazis was disseminated by the Soviet propaganda, opposite to what Politicano tries to prove. The article also mentions that the modern-day Russia refers to all those who are out of Moscow’s sphere of control as “fascists”.

Mikhail Tyaglyy, referred to as a source in the Daily Mail article, who is an educational consultant at the Shoah Foundation of the University of Southern California in the United States and a historian at the Ukrainian Center for the Studies of the Holocaust History, claims that the Soviet history was speculating with the issue of collaboration of the Ukrainians and the fascists. According to Tyaglyy, the majority of those locals who were collaborating with the German Nazis, were Russians.

Real fact #2: According to Daily Mail, the orders about the massacres were given out by the Germans

Politicano also lies while referring to Ukrainians as the perpetrators, based on Daily Mail. In reality, Daily Mail notes that the orders about the killings were given out by the German Nazis, hence, making them the authors of the crime, not the Ukrainians. 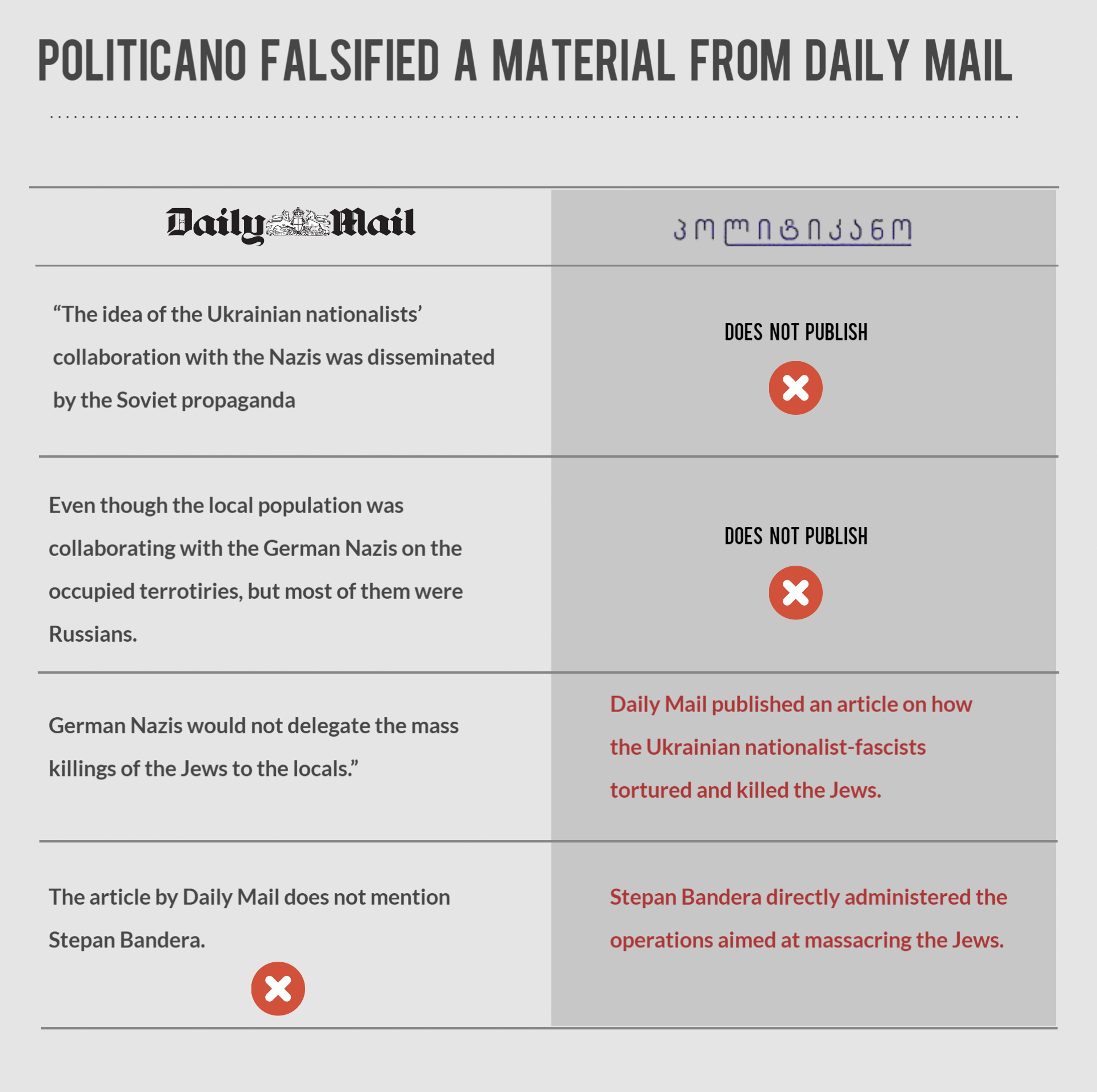 Real fact #3: Daily Mail’s article does not mention Stepan Bandera at all

Daily Mail’s article does not mention Stepan Bandera at all. His biography has been subject to speculations quite often, he has been blamed for acting under the directives of the fascists and organizing mass murders, however, in the beginning of the war, it was the fascists who captured Bandera and placed him in Sachsenhausen concentration camp. Bandera’s main idea was Ukrainian nationalism and independence, while any kind of Slav nationalism was incompatible with Hitler’s ideology. Bandera’s detailed biography can be accessed in the online-encyclopedia by the Canadian Institute of Ukrainian Studies which cooperates with hundreds of scientists from all around the world to create a historical handbook.

Real fact #4: Attitudes towards Stepan Bandera in Ukraine are ambiguous.

Politicano’s claim that Bandera and the members of the Organization of Ukrainian Nationalists have been pronounced as heroes, is not true. As of today, there is no consensus in Ukraine whether to proclaim the activities of Bandera’s organization as heroism or a bad case. According to a research by Kyiv International Institute of Sociology, support for the nationalist organizations that follow Bandera’s path varies by geographic areas:

Kyiv International Institute of Sociology: “The support is the strongest in Galicia and the weakest in the Eastern and Southern regions, especially in Donbass and Crimea, the two conflict areas left after Euro-Maidan.”

Radical, anti-democratic and pro-Russian powers acting in the independent Ukraine are still using the term “Banderovtsi” (Bandera’s followers) to refer to the members of pro-Western democratic parties, especially in the Western part of Ukraine.

Therefore, it is evident that Politicano keeps manipulating with the issue of Bandera’s followers and maneuvers with unverified facts in order to create desirable attitudes, just like the anti-democratic, pro-Russian powers.