Parliament of France or a Building of a Regional Council? – What and Where Were the Yellow Vests Protesting 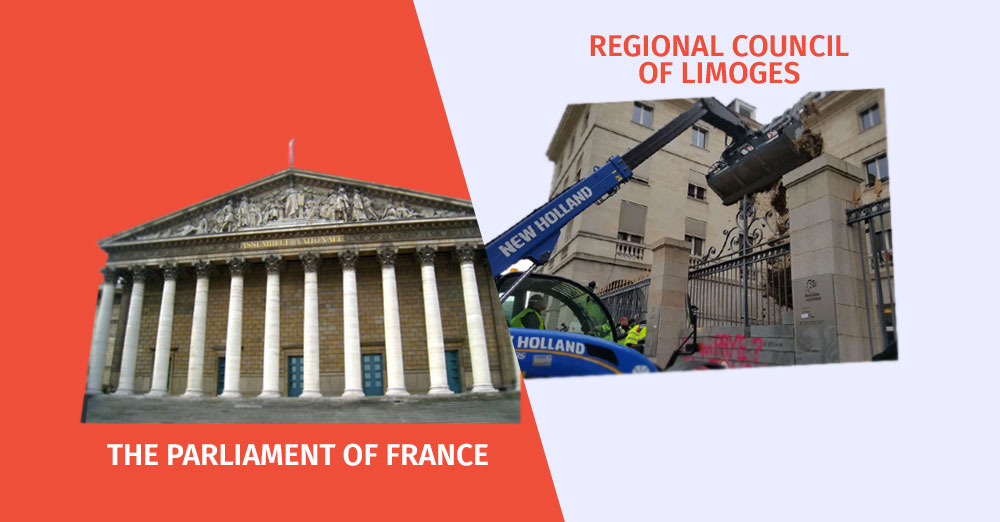 On March 21, a Facebook page „დედოფალი“ (Queen) shared a video published by another Facebook page “Federatia Românilor de Pretutindeni”. The description of the video claimed that the French blocked the door of the parliament with a concrete, as the MPs were representing the interests of globalists, not the people. The video shows people wearing yellow vests trying to barricade a gate of a building. 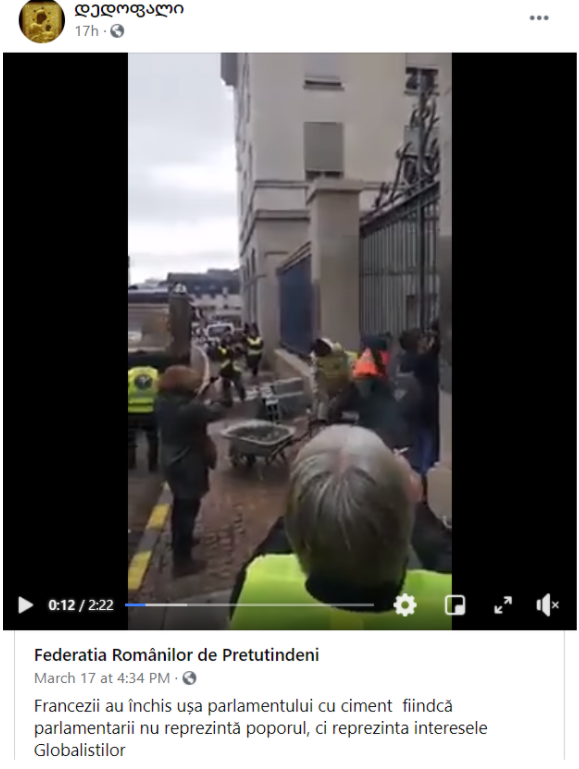 The description of the video about the French allegedly trying to barricade the door of the Parliament of France using concrete, because they think MPs serve globalists, is false. In fact, the yellow vests movement indeed tries to barricade a gate in the video, but the building is not that of the Parliament of France, but rather of a regional council. Media does not report anything about the anti-globalist agenda of the performance.

Where and when was the video recorded?

The building of the Parliament of France looks like this: 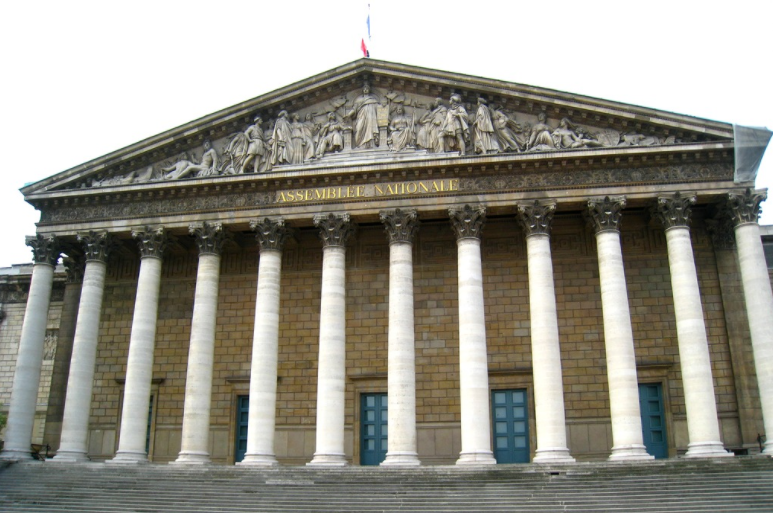 The verification of the video showed that the building shown in it is not the Parliament of France, but rather the Regional Council of Limoges, in south-west of France. The said video has also been verified by France24 and AFP. Local media reports that the yellow vests movement organized the performance on November 24, 2018. They tried to barricade the gate of the building of the Limoges Regional Council using concrete. Yellow vests periodically protest against the government, but the media has not mentioned any relation of the performance in Limoges to anti-globalism. Protests held by the yellow vests movement in November-December 2018 in various French cities concerned the increasing fuel prices. 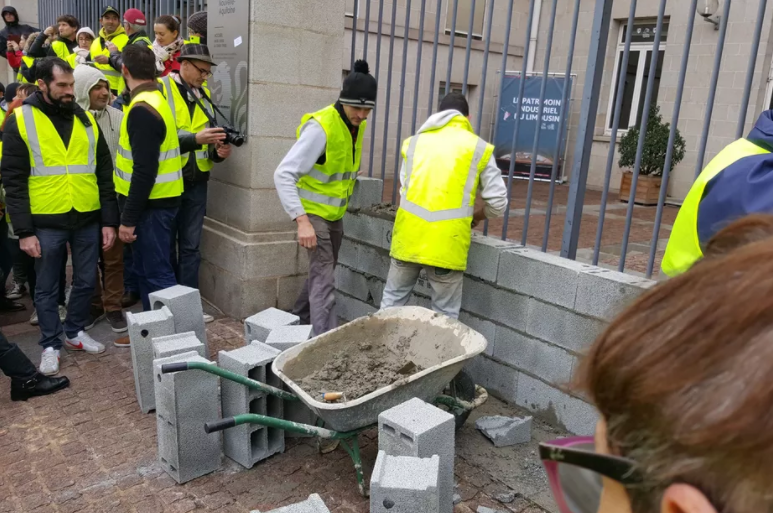 The video has been virally disseminated with false the description by various Facebook users. Despite the low quality of the video, it is possible to identify the building with the writing and the logo at the gate. 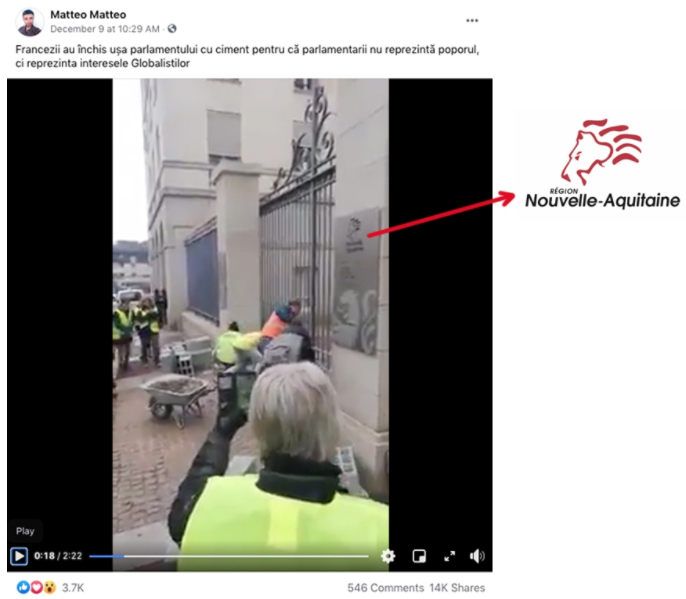 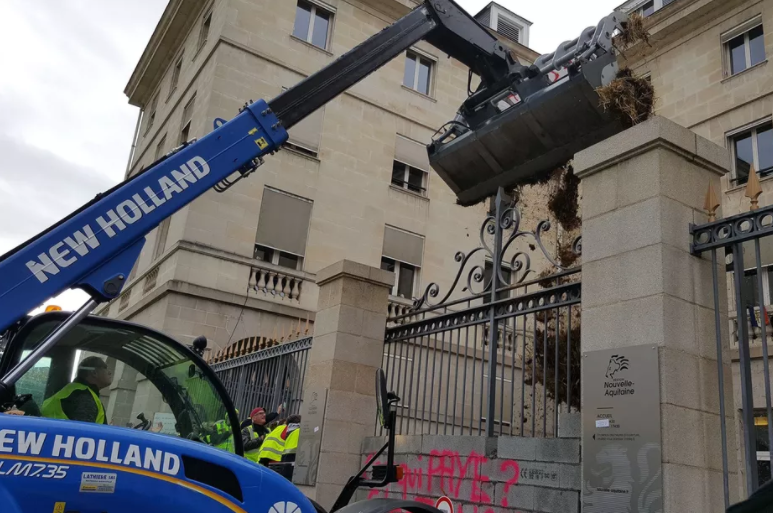