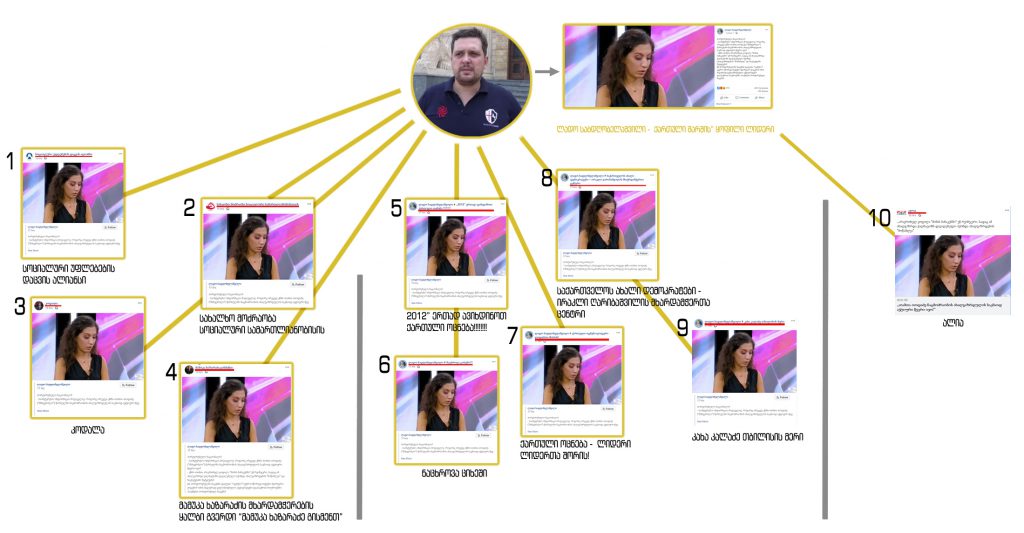 Reports emerged on October 5 that Ilia Jishkariani, member of the Tbilisi City Council (Sakrebulo) was accused by Tamta Todadze, his assistant, of attempted rape and sexual violence. On October 8, the Prosecutor’s Office granted Tamta Todadze the status of a victim and brought charges against Ilia Jishkariani.

Tamta Todadze’s accusations against the Sakrebulo member triggered an organized campaign by hate groups on Facebook and pro-governmental media outlets aimed at discrediting Todadze. The Myth Detector offers you the key messages, as well as the sources of these messages against Todadze aimed at justifying Jishkariani’s actions.

Affiliation with the National Movement

Lado Sadgobelashvili, former leader of Georgian March, was the first to voice the message about Tamta Todadze’s affiliation with the National Movement. The message was later picked up by eight hate groups, two newly created and fake pages, one uncertain Facebook page and one user, who hides his identity.

Primary source: Information about Tamta Todadze allegedly being an activist of the National Movement was first spread by Lado Sadgobelashvili through his Facebook post on October 7.

Sadgobelashvili shared his own post in about 10 open groups, including the groups supporting Georgian Dream, Kakha Kaladze and Irakli Garibashvili:

Primary source: A video showing a girl and an unidentified man dancing together was spread in social network by two hate group pages –„ანტი-პარადოქსი“ and “ქართული გვერდი“ with identical texts.

Shares: The video spread by “ანტი-პარადოქსი” was shared by:

The video spread by “ქართული გვერდი“ was shared by: 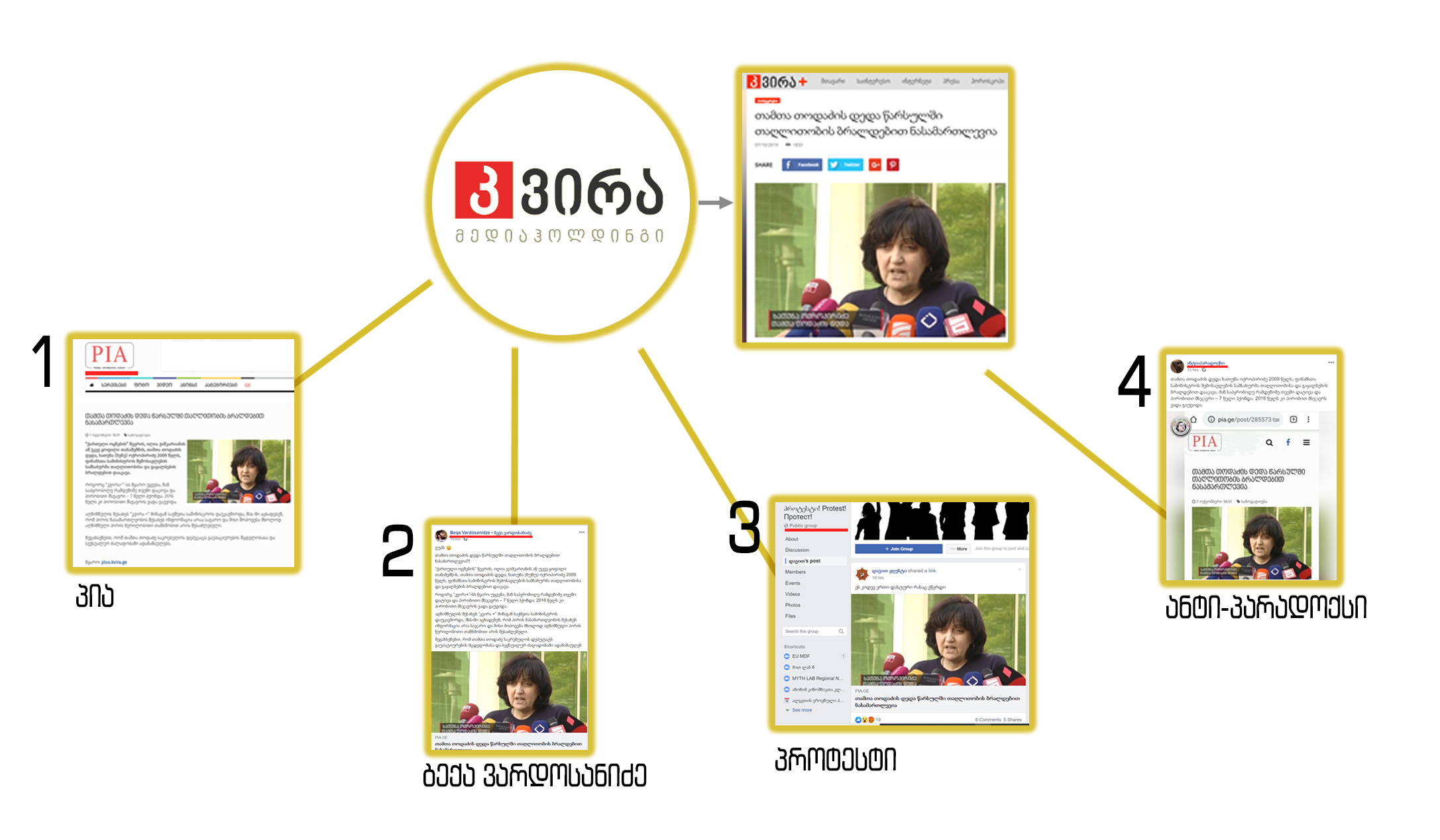 Manipulation with the incident that occurred in the past

Four hate groups and one online media outlet spread the information voiced by Tamta Todadze in the interview with Mtavari Arkhi, regarding the incident that happened to her in the past.

Speaking with Mtavari Arkhi TV on October 6, Tamta Todadze recollected the incident that happened to her a year ago, when she informed patrol police about the violence carried out against her. But later she withdrew her complaint. Hate groups on Facebook spread the report to cast doubts on Tamta Todadze’s reliability.

Primary source: Information was first spread by “ანტი-პარადოქსი“ on October 7 with its logo. Later on the same day, primetime.ge released an article regarding the incident that took place in the past.

The article by primetime.ge was shared by:

According to CRRC-Georgia, in 2018, “კარდჰუ” and “ანტი-პარადოქსი” were among those Facebook pages, which were spreading disinformation and anti-Western propaganda most frequently. The both pages are mainly publishing posts with sexist, xenophobic and homophobic content.

Lado Sadgobelashvili is one of the former leaders of Georgian March. Spreading a conspiracy theory about the Lugar Lab in early 2019 is just linked to his name.

Facebook page “კოდალა” was created on October 7, 2019 and one of its first activities involved sharing of Lado Sadgobelashvili’s post about Tamta Todadze.

The page “მამუკა ხაზარაძე გისმენთ” was registered on July 9, 2019 and it mainly shares Lado Sadgobelashvili’s posts.

“დავით ჟღენტი” is a Facebook user, who periodically spreads anti-Western myths and disinformation. See detailed information in the articles released by the Myth Detector:

plus.kvira.ge and news agency Pirveli (pia.ge) are among those online media outlets, which have signed contracts with government agencies on providing advertising and information services.

See the reports released by the Media Development Foundation: