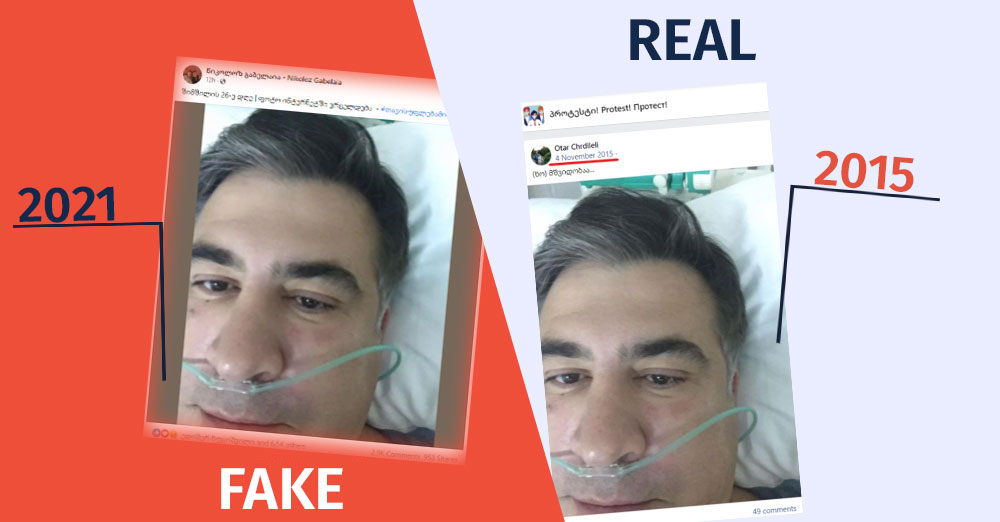 On October 26th, 2021,  Facebook page ნიკოლოზ გაბელაია • Nikoloz Gabelaia posted a picture of Mikheil Saakashvili with the following description: “26th Day of Hunger Strike | A photo spread on the Internet – #FreedomtoMisha.”. Within a few minutes, an identical post was published by Giorgi’s Page. The photo of Mikheil Saakashvili, on which the former president is one the controlled respiration, was also shared on October 26th in two public groups: თავისუფლება მიშას! 🇬🇪, მიშას ფანები! [Freedom to Misha], [Misha’s Fans]. 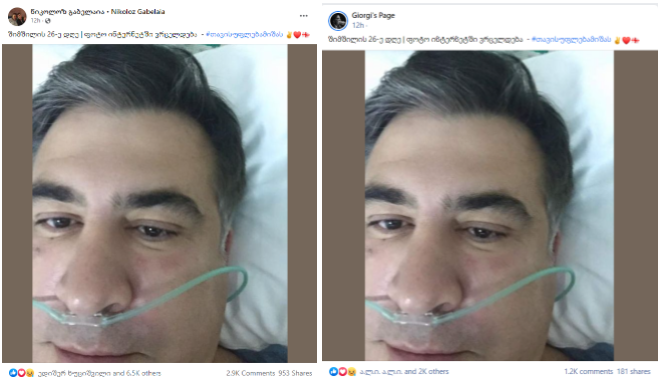 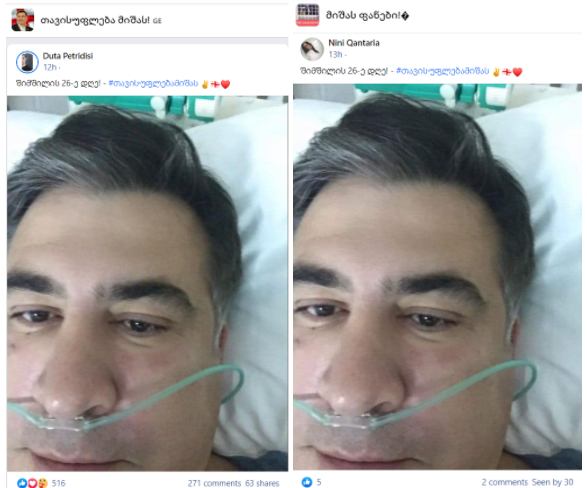 The photo of Mikheil Saakashvili, on which he is on controlled breathing, has been spread on the Georgian Internet since November 2015; therefore, it could not possibly show the 26th day of the ex-president’s hunger strike.

On November 4th, 2015, Otar Chrdileli, the member of the parliamentary majority at that time, published a picture of Saakashvili in the Facebook group პროტესტი! Protest! Протест!. The photo shows the ex-president being allegedly in the clinic. The post was accompanied by Chrdileli’s comment: “Is everything all right?” 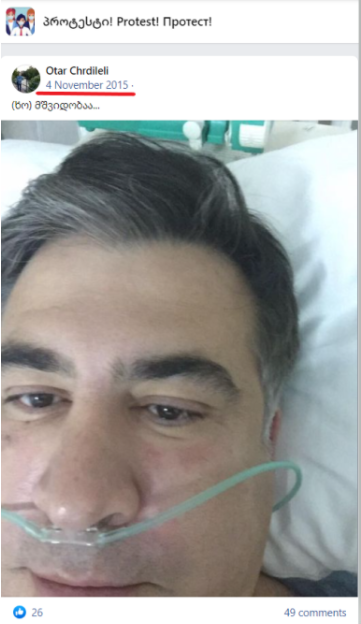 The same year, a user of Forum.ge published an identical photo of Saakashvili, but he never revealed the source of information and the reason for Saakashvili’s visit to the clinic. 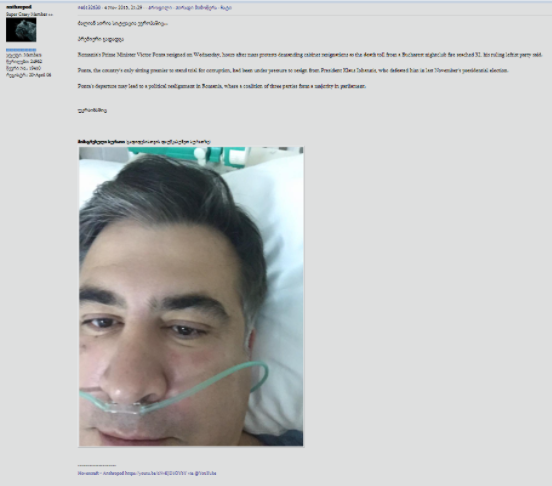 About the Source
Facebook ნიკოლოზ გაბელაია • Nikoloz Gabelaia is owned by Nikoloz Gabelaia, who according to the information on his Facebook profile, is a member of the United National Movement and actively shares posts supportive of the party. 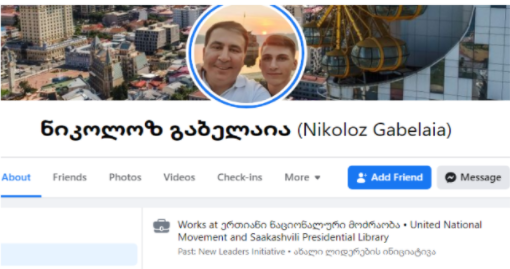 The other Facebook page, Giorgi’s Page, was created on May 23rd, 2020 and belongs to Giorgi Ochigava. The page often disseminates information in support of Mikheil Saakashvili. 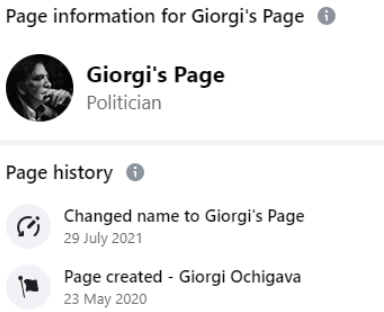 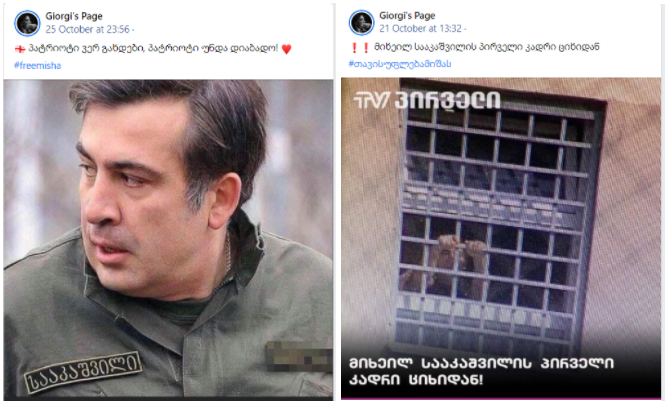