Nino Burjanadze Claims that Russia is not an Aggressor 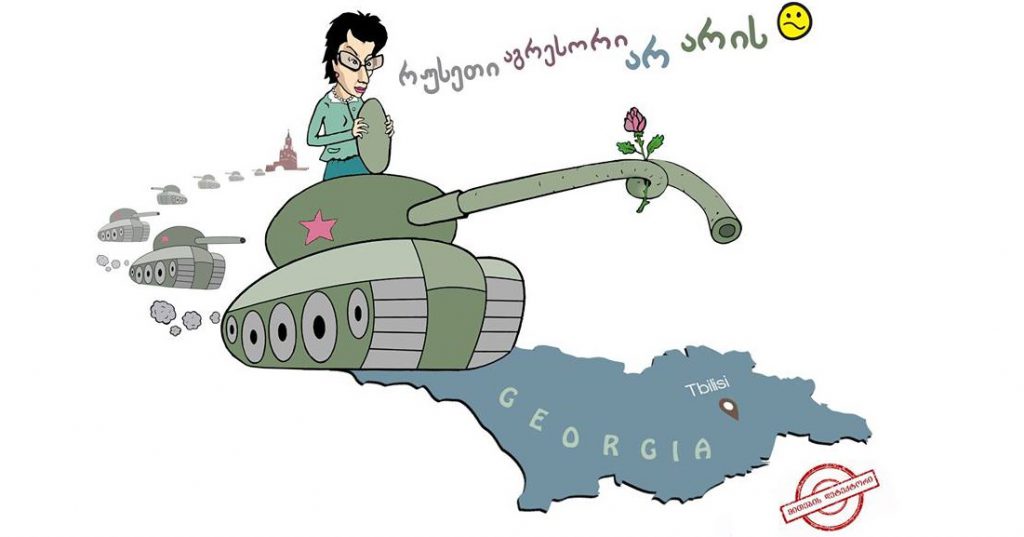 On November 4, Obieqtivi TV aired some fragments of Russian TV Россия 1’s talk show 60 Minutes, where Nino Burjanadze, leader of the Democratic Movement, draws parallels between Russia’s military intervention in Georgia in August 2008 and occupation of Ukraine’s territory in 2014. Burjanadze claims that the new Ukrainian government repeats the same mistakes that were made by Georgia’s previous authorities, who yielded to provocations and got involved in the armed conflict with Russia. She also notes that there are some serious circles, who want to portray Russia as an aggressor and enemy of Ukraine, as it happened in August 2008 with respect to Georgia. Burjanadze’s remarks were also published by Marshalpress on November 5.

Nino Burjanadze: “The same happens in Ukraine. Someone seriously profits from what is happening there. Neither Russia, nor Ukraine profits from it. By means of the August 2008 war, someone wanted to portray Russia as a global enemy and aggressor and they achieved this goal… Now, they want to portray Russia as an aggressor in Ukraine. It is their main goal. There are serious circles, who will profit from tensions between Russia and Ukraine.”

Averting responsibility for the interventions carried out by Russia and portraying it as a peacemaking country is one of the widespread narratives of the Kremlin’s propaganda. Following Georgia’s occupation in 2008 and illegal annexation of the Crimea in 2014, the groups loyal to the Kremlin policy in both Georgia and Ukraine try to promote an opinion that unleashing the hostilities lies within the interests of the two countries’ governments, rather than Russia.

According to the Kremlin Influence Index (KII), measuring the ability of the government of Russian Federation to influence on information space of other countries, pro-Russian “Opposition Bloc” in Ukraine avoids direct positive assessment of the annexation of Crimea by Russian Federation, but primarily blames Kyiv for unleashing and continuing the war and calls for dialog with the Kremlin.

Kremlin Influence Index, Ukraine: “The   “Opposition Bloc” , for its part, avoids direct positive assessment of the Russian Federation aggressive policy (justification of the aggression, the occupation of Crimea etc.) but primarily blames Kyiv for unleashing and continuing the war and calls for dialog with the Kremlin, promising peaceful life to citizens (the price of such peace for Ukraine is not specified).”