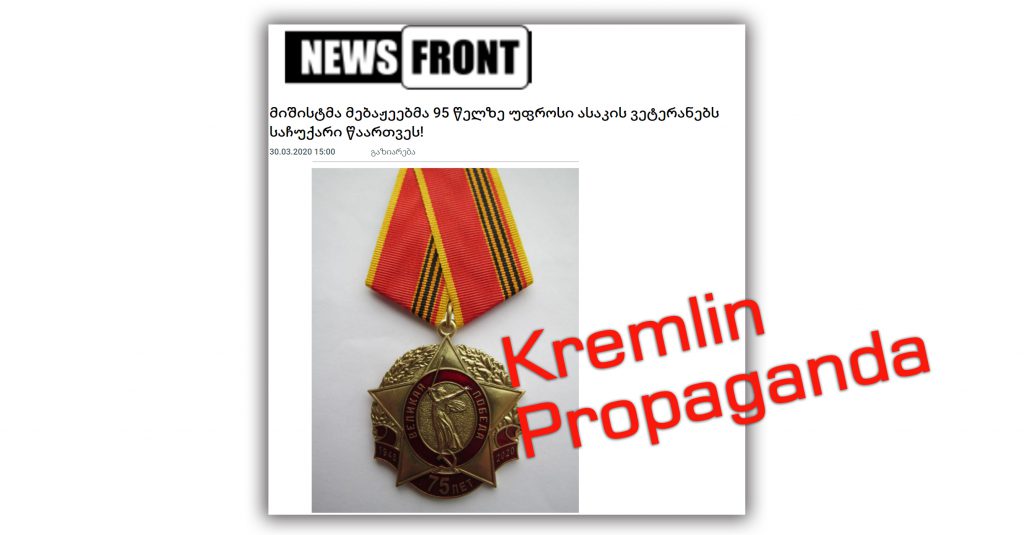 On March 30, News Front Georgia published an article titled “Pro-Saakashvili Customs Officers Took Away Presents from War Veterans Aged 95 and Older!”. According to News Front, Soviet symbols were taken away from Temur Pipia, the Head of the United Communist Party of Georgia, on Larsi border point.

The article mentions that Pipia was carrying 290 commemorative medals from Russia for the event, planned on May 9 and devoted to the 75th anniversary of the victory in the Great Patriotic War. News Front also included photos of the medals that clearly show Soviet symbols – hammer and sickle and the Ribbon of St. George. 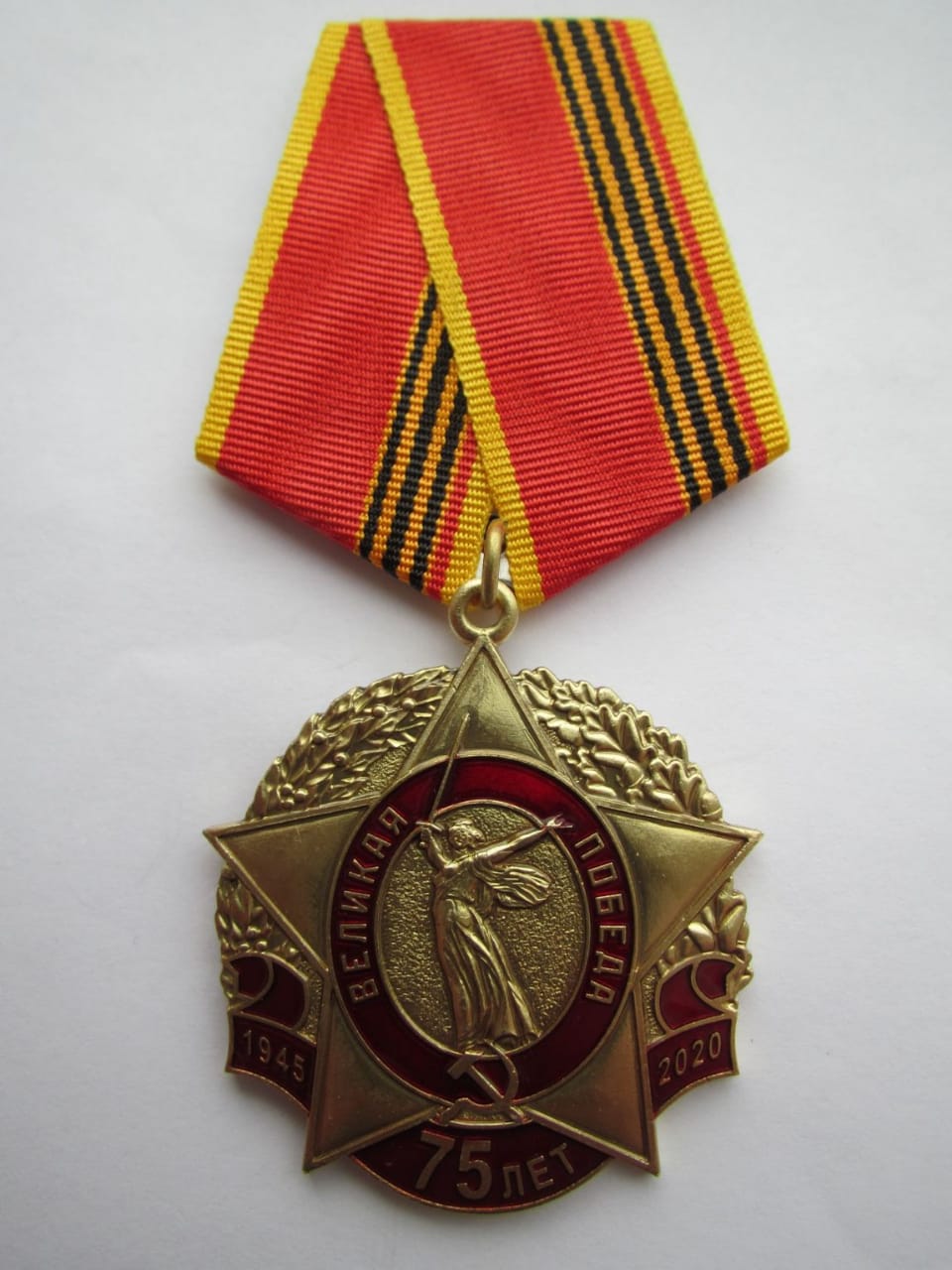 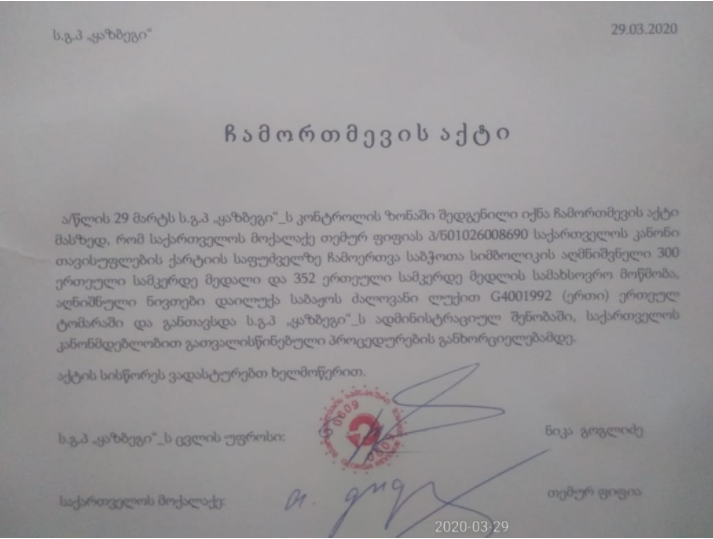 News Front cynically labels the customs officers of the border point as “Georgians” in quotation marks and as pro-Saakashvili, while directing a verbal abuse at the shift supervisor and calling him “a shameful little man”. According to News Front, the expropriation of the Soviet symbols will further deteriorate the relations with Russia.