Neither Vaccines, nor Food Products by Nestle, Kraft, or PepsiCo Contain Cells from an Aborted Embryo 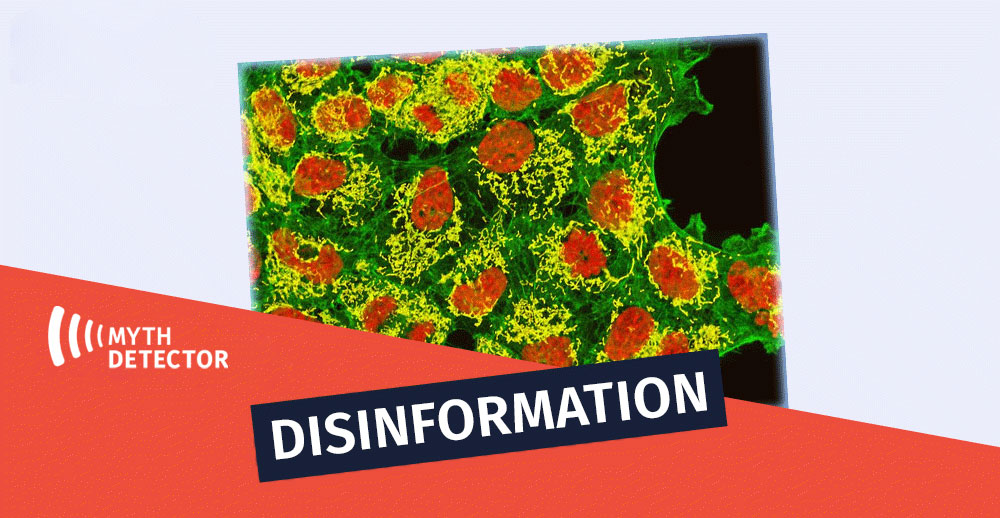 Facebook users Nino Bregadze and Gocha Chumashvili shared identical texts on the social networking website on February 20-21, 2021. According to their post, there is a food additive called HEK-293 that consists of kidney cells of an aborted embryo and large food-producing companies such as Nestle, Kraft, and PepsiCo use it in their products. The post claimed that the “natural flavors”, indicated in various food products as an ingredient, means precisely the embryonic cells. The post also claims that HEK-293, or the cells obtained from an aborted embryo, are also used to manufacture vaccines.

Both Gocha Chumashvili and Nino Bregadze cite a video, published by a Russian YouTube user “Сон Разума“ (Dream of the mind) in 2019. The video repeats the main claims of the post, and it also mentions a food additives company Senomyx, which allegedly manufactures food flavors using the embryonic cells. 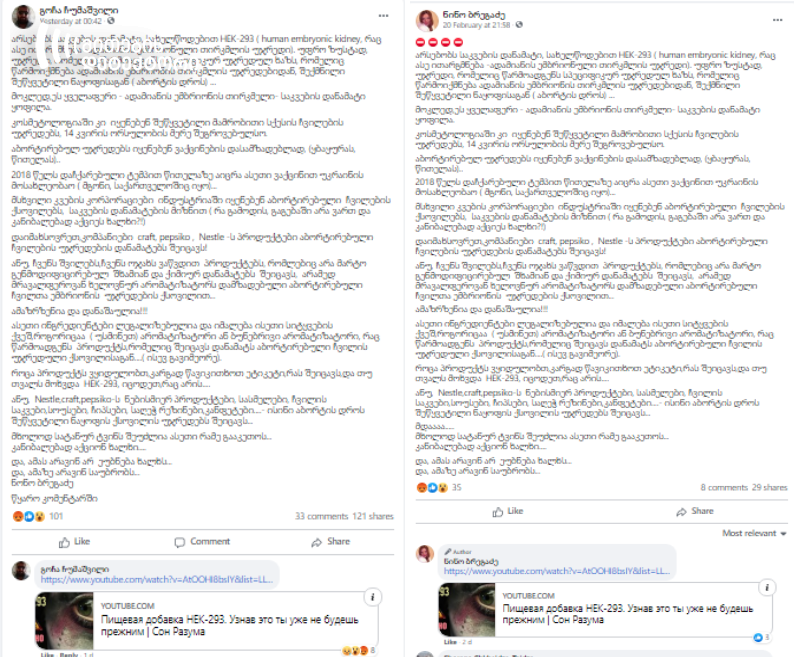 Disinformation that food companies use human embryonic cells in their food products, including Kraft, PepsiCo, and Nestle, mentioned by Gocha Chumashvili, has been disseminated on numerous occasions by English-speaking (mostly anti-abortion) webpages and social media accounts. According to fact-checking organizations Politifact and Snopes, the myth initially appeared in 2011 and is connected to an anti-abortion organization Children of God for Life’s conflict with an American food additives company Senomyx. The organization boycotted Senomyx and its partner food companies (Kraft, PepsiCo, Nestle etc.) after finding out that Senomyx was using embryonic cell line HEK-293 in their research on flavors.

While Senomyx did indeed use the embryonic cell line during the research on flavors, this does not mean that products of Senomyx, or of any above-mentioned food companies, contain embryonic cells and that customers consume human embryonic cells together with food. As a Senomyx representatives explained in 2011, they used the HEK 293 cell line in its flavor research to function as the mouth’s taste receptor cells to see how the human palate will react to synthetic flavors. In fact, the HEK-293 are not an ingredient of a food additive, they are rather used to test the effect of a flavor on a cell. Therefore, the claim that food flavors and the products created using them contain human embryonic cells is not true.

FullFact directly contacted the companies to test the widespread disinformation that food companies, within the framework of cooperation with Senomyx, were using HEK-293 as food additives. According to Kraft, they are not using Senomyx products at all. PepsiCo claimed that they cooperate with Senomyx with regards to sweetening products research, but they are not using embryonic cells or other human tissues in their joint research. Nestle did not respond to the organization.

Embryonic cell line HEK-293 is made of clones of an original cell secreted by a kidney of an embryo. The original cell was isolated by a Dutch scientist in 1970s (the embryo he used was aborted legally, but not for the research purposes). Cell researchers and microbiologists have kept and multiplied the HEK-293 cells in lab conditions for decades, as this cell line is widely used for biological and medical research, such as cancer, drug, or vaccine lab research. Scientists explain that HEK-293 cells reproduce rapidly in lab conditions (every 36 hours) and create a lot of clones, so the HEK-293 research does not require new abortions and obtaining cells from other embryos. Every research, that is based on HEK-293, uses the cell line of that one aborted embryonic cell obtained 40 years ago.