Neither the MIA, nor any Other Independent Source Confirm the Fact of Turks Beating Up a Priest in Batumi 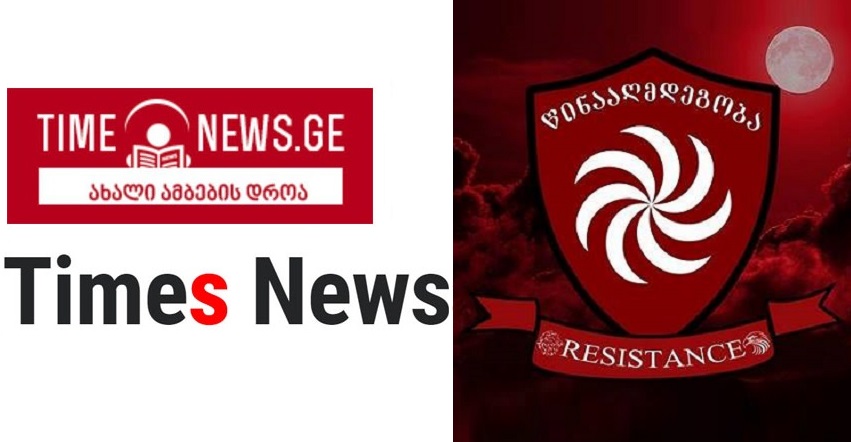 On August 15, two news agencies with similar names – Timenews.ge and Timesnews.ge published identical materials about citizens of Turkey allegedly beating up an Orthodox priest in Batumi. Articles, titled “Look what Turks did in Batumi – this is too much, they beat up a priest” (Timenews.ge) and “This cannot be forgiven!!! Turkish citizens physically abused a priest” (Timesnews.ge) claim that the incident took place on Kutaisi Street several days ago and that patrol police had to get involved.

Timenews.ge, Timesnews.ge: “Several days ago, some individuals blocked a road to a priest on Kutaisi Street. Turkish citizens even abused the priest physically (slapped him in the face). Fortunately, a Georgian man saw this fact and duly responded to the ‘investors’. It is difficult to tolerate such a case in your own city, so they beat them up well, made them bleed, and the officers of patrol police who arrived at the site were not surprised by the reaction either.”

The information on the beating up of the priest is a lie, which is only confirmed by interconnected cloaked websites and an ultranationalist Facebook page. The Ministry of Internal Affairs does not confirm the fact of beating up the priest. Similar disinformation was disseminated in social networks in 2012 and 2016, too.

1. The sole source of the information are the interconnected cloaked websites and the ultranationalist Facebook page. The only source of Timenews.ge is Timesnews.ge, which, in turn, cites a Facebook page “წინააღმდეგობა/Resistance”. Gaining information on the given webpages is difficult, which puts the trustworthiness of the source under question.

3.MIA does not confirm the fact of the priest getting beaten up. The article mentions that the patrol police arrived at the site. Myth Detector contacted the MIA with the aim of verifying the information related to beating up of the priest. According to the MIA, neither the patrol, nor the criminal police has received any notifications from Kutaisi Street in the period of August 10-15.

4.An identical story about the abuse of the priest by Turks in Batumi was being disseminated by certain actors in 2012 and 2016, too. In 2012, media outlets were publishing articles titled “Turks are not letting priests pass through certain streets in Batumi” (for.ge; Akhali Taoba). This referred to Kutaisi Street incident, which is identical to the article published by timenews.ge on August 15, 2018. The source of the information disseminated in 2012 was Lali Moroshkina. In 2016, in an article, published by Geworld.ge, Bishop Melkisedek (Elizbar Diakonidze) also stated that a priest was barred from walking on Kutaisi Street in Batumi.

The identical information published by Timenews.ge and Timesnews.ge encourages the incitement of Turkophobic attitudes. The articles mention:

“Look how far we have come – they have their own district (the citizens of Turkey) and it is only passable upon their permission. Only a ‘tolerant’ would have tolerated such thing in his/her own city. All of those who spoke up against them were labelled as xenophobes by the Georgian media. The Didgoroba event, held in Batumi, is only the beginning.”

“წინააღმდეგობა/Resistance” is an ultranationalist Facebook page, which mostly disseminates xenophobic, especially Turkophobic messages. The given page is one of the mediums of the Georgian March and tries to mobilize audience around the events planned by the movement. The page actively disseminated information on the events organized by the Georgian March – for instance the celebration of “Didgoroba” on August 12, anti-immigration rally on Agmashenebeli Avenue, gatherings demanding the erection of the statue of David Agmashenbeli in Batumi etc. The audience of წინააღმდეგობა/Resistance exceeds 10,000 (as of August 16, the page has 10,701 followers). Batumi regional page of “Resistance” – ბათუმი/Resistance Batumi – launched on August 10. This page proclaims the development of national right power in Batumi a its mission.“Resistance” – ბათუმი/Resistance Batumi  published the information about the beating up of the priest one day earlier, on August 14. The webpage of Timenews.ge does not indicate any information about the editorial board of the edition. The Contact section does not work, so it is impossible to contact the editors. The only piece of information available is the date of registration of the website. The webpage of Timenews.ge was registered on RegNest on June 7, 2017. The first article was published on the website on June 30, 2017.

The information about the editorial board of Timesnews.ge is also missing, however, unlike Timenews.ge, the given website includes the address of the organization (75 Kostava Street, Tbilisi) and the phone number (032 2 19 09 09; +995 558 45 65 47). After calling the first, fixed number, we were told that we had the wrong number and that the editorial board of Timesnews.ge was not located there at all. The person who answered the mobile phone number, could not provide any information either about the author of the news article or about the identity of the priest.

The webpage of Timesnews.ge was registered on CaucasusOnline on February 11, 2015.