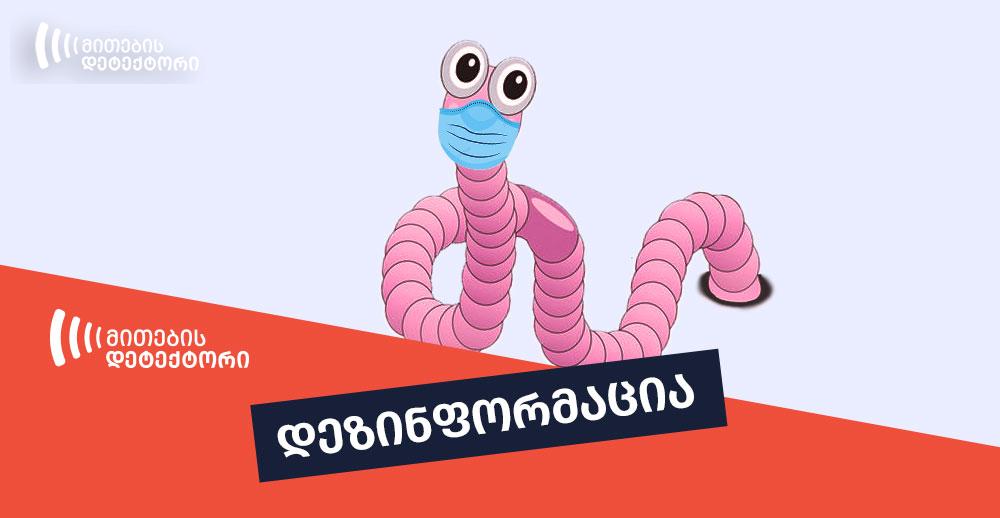 On March 25-26, Facebook profiles Lela Elena and სულიერი სამყარო (Spiritual World) uploaded a video, in which a nasal swab used for COVID-19 tests is viewed under the microscope with dark fibers visible on swab sticks. Lela K-p writes that these small worms are named Morgellons and they start moving upon entering the human mucus. The same Facebook user claims that Morgellons are put into human bodies through COVID-19 tests. 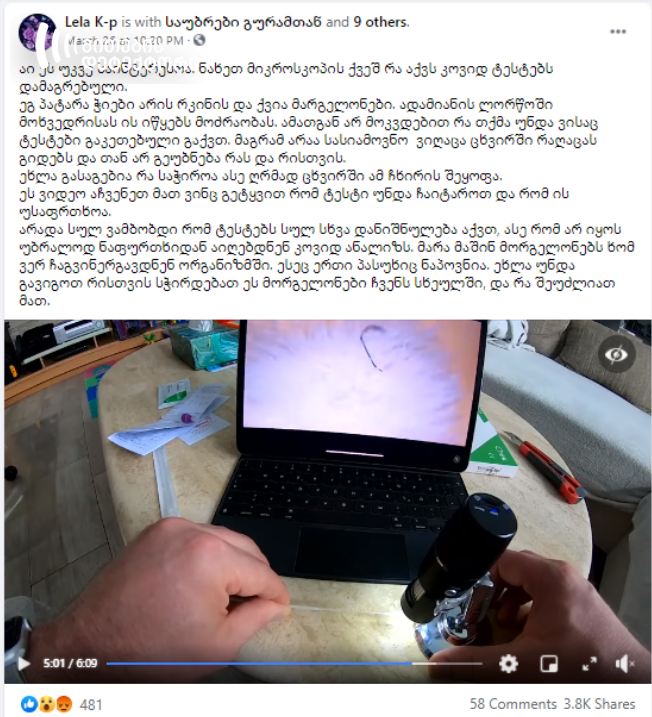 The information as if Morgellons worms were found on nasal swabs used for antigen tests is false. CORRECTIV, a German fact-checking agency, conducted an independent experiment and found that black fibers in the soft tip of the swab are fabric fibers, which are not alive and do not pose any threat. As for the movement of these fibers, it is due to their static electricity.

On March 29, CORRECTIV, a German fact-checking agency, conducted an independent experiment to verify the videos spread on Facebook and found that nasal swabs contain fabric fiber, not “Morgellons worms.”

The agency conducted the experiment together with Mark Benecke, a German forensic biologist. They examined test strips from two rapid antigen tests and found dark fibers in one of them. Benecke said that movement of a black fiber was really visible under the microscope, but it was caused by electrostatic forces. He compared the phenomenon with hair that seems to stick somewhere because it is electrostatically charged. Commenting on why the dark fiber is moving and the white fiber is not, Benecke said that the white fibers are not electrostatically charged because they have a uniform, dense structure, and the black fibers are not part of them.

Benecke is sure that the fabric fiber found is not a worm, parasite or any other living organism, because every living being needs certain organs, for example a kind of mouth or muscles to move. 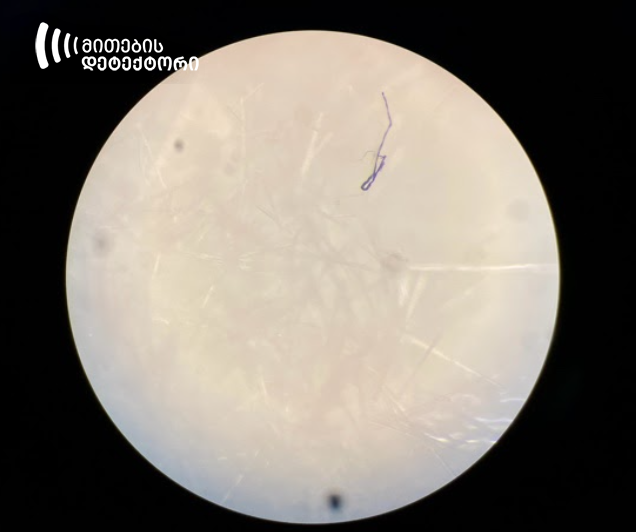 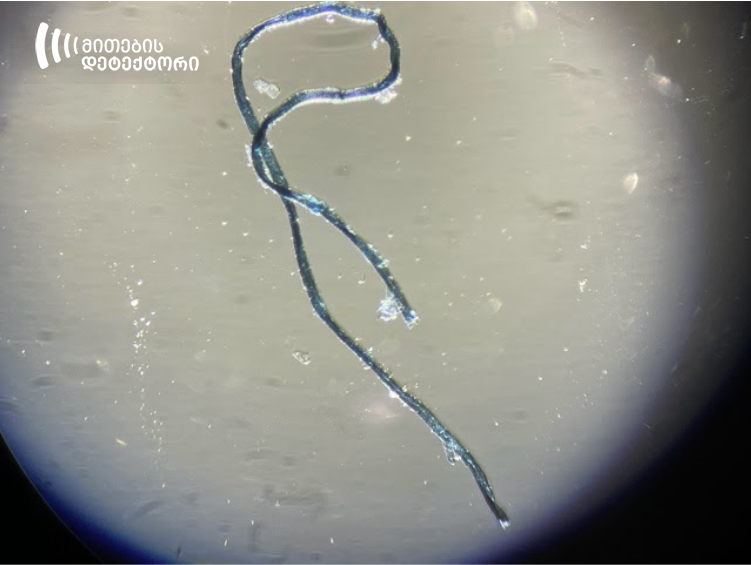 The German biologist noted that it is not possible to say with certainty where the dark fiber came from, but it could be a fiber that is flying around in the factory where the swabs are produced and, for example, has become detached from the clothes of the employees there.

According to the same article, two manufacturers of the rapid antigen tests seen in the videos can be identified: Abbott and Testsealabs. The latter is also featuring in the videos spread in Georgia. 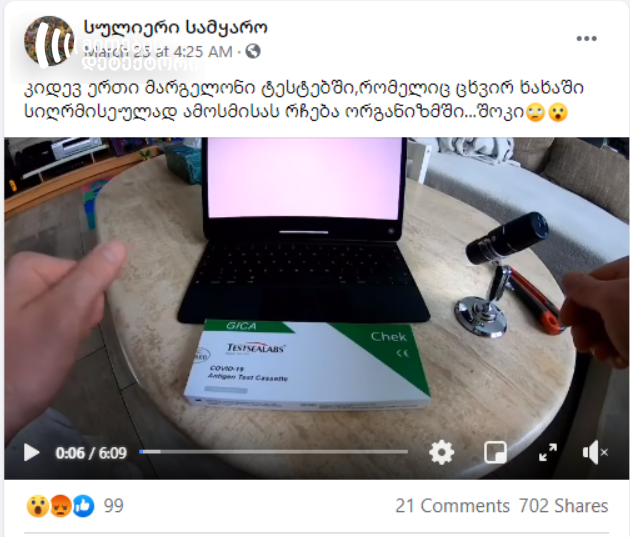 The claims as if a person may get Morgellons disease through COVID-19 tests were circulating in January 2021 based on another video. The video was fact-checked by Reuters, FullFact and France 24 The Observers. According to their findings, this information is false. The material used in swabs to test for COVID-19 is synthetic material; thus, it is not ‘alive’. Morgellons disease is a matter of dispute, because some doctors believe that it is a figment of patients’ imagination.

What is Morgellons disease and is it real?

Morgellons disease (MD) is a rare and controversial disorder characterized by the presence of fibers underneath, embedded in, and erupting from unbroken skin or slow-healing sores. Some people with the condition also experience a sensation of crawling, biting, and stinging on and in their skin. People who have Morgellons disease report the signs of crawling sensations on and under the skin, often compared to insects moving.

According to the study conducted by the U.S. Centers for Disease Control (CDC) in 2012, involving approximately 3.2 million enrollees, the prevalence was 3.65 per 100,000 enrollees. 115 case patients with Morgellons symptoms were identified. According to the results of the study, most materials collected from participants’ skin were composed of cellulose, likely of cotton origin. No parasites or mycobacteria were detected.

As for why the Morgellons disease is controversial, it’s because it is poorly understood, its cause is uncertain, and research on the condition has been limited. In addition, it’s not classified as a true disease.