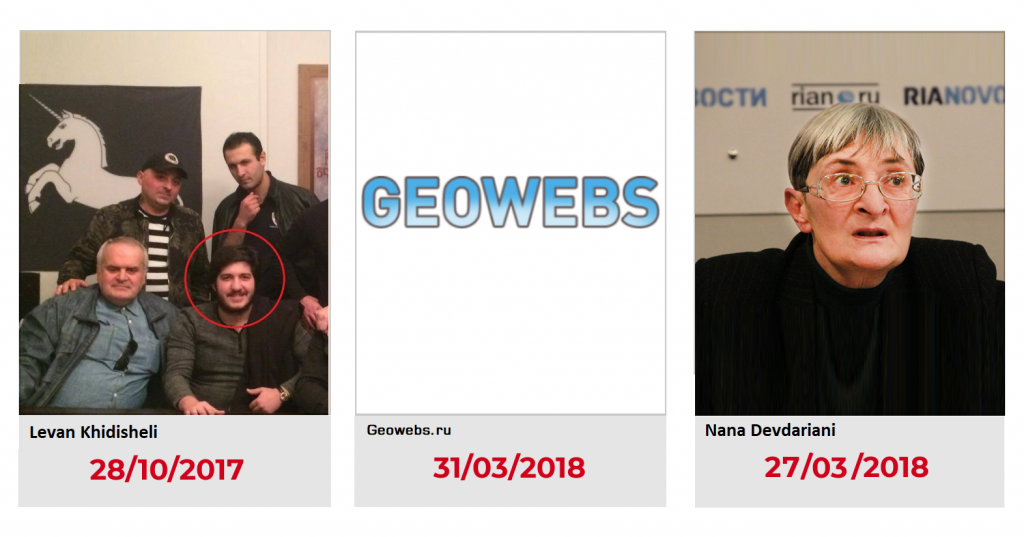 The director of Global Research Centre, Nana Devdariani, while being on air at Night Studio, a program on TV Obiektivi, on April 10, connected the act of racial violence that happened on Beliashvili street on April 8 to the viral fake news that had been disseminated on social networks, which allegedly shows a Georgian man being murdered in Turkey for stealing a coat. According to Devdariani, the given case was not met with the same discontent in Georgia as the one involving the Nigerian students, which she, in turn, connected to NATO membership and historical context. The respondent also used a Georgian racial slur with regard to the Nigerians.

Nana Devdariani’s statement is based on disinformation. In addition, she carries out a political manipulation by inciting historical trauma (“historical friend”) and connecting the issue to NATO, with no proof, whatsoever. The information that a Georgian man was allegedly killed in Turkey for stealing a coat is fake, as the photo disseminated on social networks shows a Turkish man committing suicide, not a citizen of Georgia.

In the past, this fake news has been disseminated on media twice. In all the three cases, the sources of information indicate three different dates:

The given material and the accompanying photo were verified by Myth Detector as soon as they got published in October 2017 and revealed that photo actually depicts not a Georgian citizen, but a Turkish national, who jumped from the 3rd floor of Ozsa Hotel located on the same street. The news report was also rejected by the Turkish Embassy to Georgia. The website Geowebs.ru is 63 days old and it was registered on January 29, 2018 for a period of one year. Its registrar is REGRU-RU. According to Scamadviser, the website is Germany-based, but may also be from the Russian Federation. So, the website has a high risk country associated with it. The website has been newly registered with a short life expectancy, which follows the pattern used by many fraudulent and fake selling websites. According to Scamadviser, another website – athome.ge has also been registered on Geowebs.ru server. It represents a real estate portal in Georgia.