Myths and reality regarding transport cooperation with EU 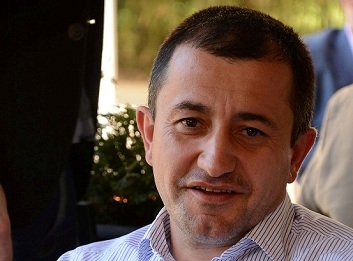 Article VI of the Georgia-EU Association Agreement envisions deeper cooperation in the sphere of transport. In this sphere, the Government of Georgia has to harmonize Georgian laws with the European ones. However, due to the myths spread in the society, political parties, business sector and even among some representatives of the government, this process is, in fact, stopped. The goal of this series of articles is to demolish existing myths and provide the society, political and business elites, with correct information.

Myth I concerns the notion widely spread in Georgia that our country will have to fulfill obligations in the transport sphere immediately, which will cause rise of unemployment and further worsen the difficult economic and social situation in the country which is already bad.This is false information, since the timeframe for fulfilling these obligation is 2 to 6 years.

Unfortunately, today in Tbilisi, as well as other cities and towns of Georgia, movement from point A to point be is uncomfortable, unpleasant and dangerous for most drivers. For many citizens transport is not available, especially at night. Also, movement of transport and pedestrians, as well as parking space often become objects of conflicts and arguments between citizens.

The issue of parking exists in almost all cities and towns of Georgia where pedestrians, including children, often have to move on carriageway. This issue is especially problematic for the schools near which there are no marked pedestrian crossings. This is compounded by large number of jeeps in the Georgian cities and increasing number of taxis, as well as by aging cars and frequent break-downs of public transport. Some development problems of various regions and suburbs are connected to transport issues, when these regions or suburbs are less attractive for living or establishing business, and thus remain underdeveloped. Transport connections between districts in Georgian cities and towns are weak, and movement is inaccessible for many citizens, as well as uncomfortable.

Breathing in large cities could also be dangerous due to environmentally unfriendly transport. The number of units of such transport rises annually by about 10%. Air pollution, high number of road accidents and rising dependency on fuel have become factors of negative effect of transport on the society. Chaotic development of the transportation system leaves aside such activities as: pedestrian movement, travel by bicycle and public transport, which creates unacceptable conditions in the cities. Transport has already become a problem for public health and social and economic development of the city.

The widely spread notion that Georgia will have to fulfill these obligations immediately is wrong. Article VI of the Association Agreement is followed by annexes with specific EU legal acts and timeframes for getting Georgian laws closer to them. Thus, harmonization of Georgian laws with EU regulations will happen in accordance with agreed timeframes and, most importantly, stage by stage. Association Agreement mentions four key spheres of transportation – cars, railroad, maritime and air – envisioning harmonization of the existing Georgian legislation with the European one and creation of mechanisms for its implementation. According to the Association Agreement, Georgia undertakes the obligation to make its legislation closer to that of the EU, and to international legal instruments in the agreed timeframe and stage by stage.

Association Agreement envisions compliance with the four key regulations of the European legislation in the transportation sphere – technical, safety, social and financial. The main demand of the technical regulation is installation and use of speed limitation device on freight and passenger (more than 9 persons) transportation cars.

To make it clearer for the reader, let’s take the example of one of the technical regulations implementation of which is demanded by the Association Agreement. It is the Council Directive 92/6/EEC adopted on 10 February 1992, which demands installation and use of speed limitation device on some categories of cars within EU. According to EU law, use of digital tachographs is obligatory for the cars transporting more than 3.5 tons of cargo, or at least 9 persons. This control mechanism shows the car’s speed and working and resting hours of the driver.

It should be noted that installation of digital tachographs is already being done in Georgia, with companies participating in international transportation adopting them and freely moving in the European countries. In fact, Georgia has 6 years to implement certain regulations envisioned by the Association Agreement in the case of local passenger and freight vehicles,but in the case of government’s good will, Georgia could start implementation of this legislation today, without any additional resources, and to create mechanisms for this implementation.It should be considered, that adoption of this legislation will allow Georgian drivers to get employed in the transportation sphere in Europe, which would improve economic prosperity of Georgian families. According to the statement by the Land Transport Administration, hundreds of drivers who have installed digital tachographs are working in various transportation companies.

Obviously, inclusion into transportation and communication networks of the EU will open new opportunities for the Georgian citizens and businesses, and will help economic growth of the country.

If no legal and institutional reforms are done in Georgia in the transportation sphere this will cause a number of problems for development of the spheres such as: agriculture, construction, tourism, education, medicine.The steps envisioned by the Association Agreement in the transportation sphere will help Georgia become more attractive, safe and comfortable for living, working and as a tourist destination in the near future.

In the next articles we shall try to provide the public with the information about other myths about the transportation sphere, so that society fully realizes specific benefits of joining the huge European market.