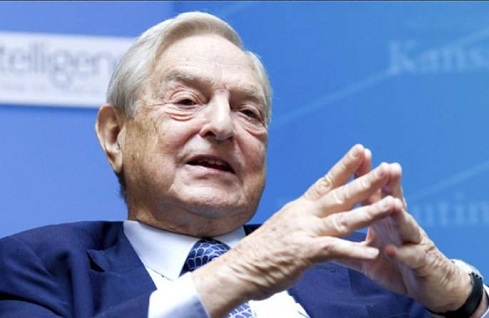 Georgian media often disseminates myths about anti-Georgian activities of a philanthropist, George Soros. An interview of the leader of political union Georgian Idea, Sandro Bregadze, containing another disinformation, was published in September 12-18, 2016 edition of Asaval-Dasavali. More precisely, Sandro Bregadze made the following statement:

“The Georgian population should know by any means – the Central Office of Soros’ Foundation, located in Budapest, allocated EUR 114 thousand to anti-Georgian non-governmental organizations, so that they confront the initiative group of the referendum and personally me! We are also aware that Soros’ Foundation will allocate additional EUR 3 million to Georgian ‘liberast’ NGOs, for them to strengthen attacks on national forces!”

Open Society Foundation Georgia has funded 365 projects in the sphere of culture since 1994. The projects included various directions, such as cultural heritage census and photo-fixation, archaeology, museums and modern art development. Myth # 5. The Goal of Soros is to Strengthen “Anti-National” Organizations

The biggest projects of the foundation in the direction of human rights include reforming legal aid system, re-training employees of the law enforcement system, rehabilitating torture victims and strengthening human rights protection organizations.

In 1994-2014, the foundation spent more than $80,000,000 on such important programs, as culture, human rights, supporting democratic elections, education and science, helping those who suffered from the August War, healthcare, media, technologies, supporting self-government and funding studies of students. The foundation spent the biggest part of the financial resources on education and public healthcare.