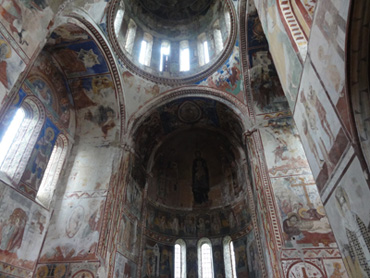 The Western government agencies and private foundations, as well as international organizations have been providing significant financial and technical assistance for the protection and development of Georgian cultural heritage since the day of Georgia’s independence. Several hundred projects aimed at exploring, preserving and promoting Georgia’s cultural heritage have been implemented since the 1990s.

Georgia concluded agreements and memorandums with more than twenty European countries on cooperation in the field of culture. On the basis of these agreements, Georgia’s cultural heritage monuments, both movable and immovable, have been regularly restored, experts in relevant fields have been trained and scientific research projects have been provided with financing.

It is also worth noting the support provided by the US private or state scientific institutions in financing a number of research projects, which resulted in significant scientific discoveries: