Myth as if Switzerland’s Neutrality Prevented Hitler from Invading It 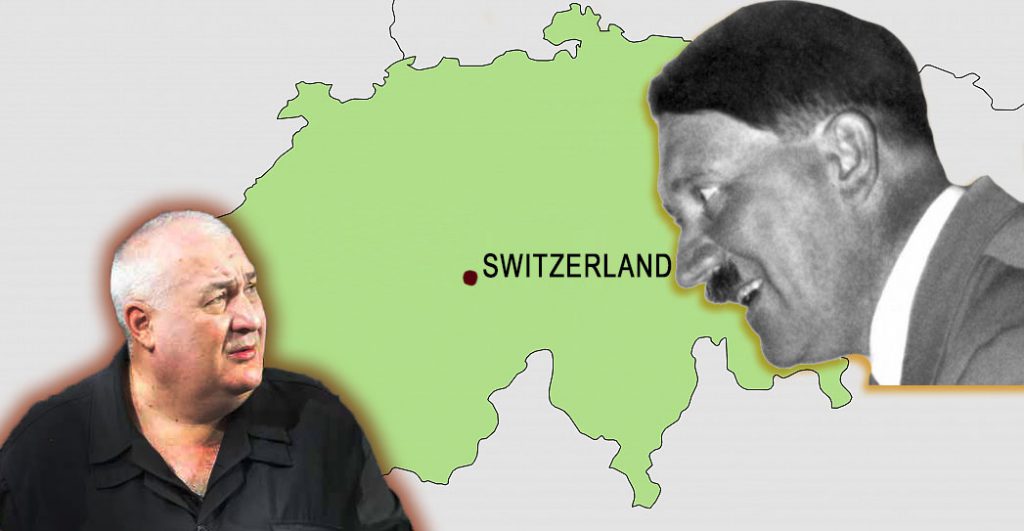 In the interview with Obieqtivi TV on June 4, Davit Tarkhan-Mouravi, leader of the Alliance of Patriots party, said that during the World War II Adolf Hitler did not dare to attack Switzerland due to the latter’s neutrality.

Davit Tarkhan-Mouravi’s statement that due to Switzerland’s armed neutrality Hitler did not dare to attack this country is not true and aims at justifying the idea of Georgia’s neutrality. After defeating France, Nazi Germany developed a plan presently known as Operation Tannenbaum to invade Switzerland. But the plan was cancelled due to the attack on the Soviet Union and sending troops to the Eastern Front.

The French Government signed the Capitulation Act on 22 June 1940. On June 25, 1940, Germany started to develop the plan of invading Switzerland. 102 German divisions, involving about two million soldiers, were deployed on the occupied territory of France. They were the ones tasked with taking the offensive against Switzerland while Italian troops attacked from the South. Henri Guisan served as the commander of the Swiss Army since 1939. In case of war, he had to use the defense plan developed as far back as the late 19th century; according to this plan, the strategic Alpine nodes of Saint-Maurice, Saint Gotthard, and Sargans were identified as the primary points of access to the Alpine redoubt for a potential aggressor. Despite the readiness of the both sides, Germany did not attack; however, if Switzerland’s neutrality had been the reason behind Germany’s decision, Operation Tannenbaum would not have been developed.

One of the primary reasons was an attack of Germany on the Soviet Union on June 22, 1941. Just on this day, German troops invaded Eastern Poland and Hitler had to launch his armies eastward.

A fifth of the Swiss people, 850,000 out of the 4.2 million population, was under arms and mobilized. Due to the country’s geographic location, it would be difficult for German tanks and planes to fight in the Alps and therefore, invasion would be dragged out. Simultaneously, Switzerland’s neutrality would pose no threat to the Third Reich in summer 1940, as it had taken almost full control over Western Europe.

Gerhard Weinberg, German-born American diplomatic and military historian, outlines one more reason that prompted Germany to reject Switzerland’s invasion. The Swedish government and banks claimed then that gold and money stolen from the countries invaded by Germany could not be legal and thus could not be stored in international banks. Switzerland had a different position, supposing that if one country invades another country and seizes its wealth, it becomes its own and therefore its storage is legal. Thus, it is believed that the Swiss position made the country necessary for Germany, as it represented a kind of mediator between Nazi Germany and global economy.

As it turns out, Germany did not attack Switzerland for several reasons, but none of these reasons involves the country’s neutrality. During the World War II, the status of neutrality did not guarantee security and an example of Belgium proves it. By order of King Leopold III, Belgium was again declared as a neutral country in 1936. A year later, in 1937 it received a guarantee of neutrality from Nazi Germany. However, on May 10, 1940, German troops crossed the border with Belgium prompting King Leopold III to capitulate on May 28.

It is worth noting that Nazi Germany had never shown respect to the independence and neutrality of Switzerland. During the war with France, German pilots violated the Swiss airspace for about 200 times. Even in the textbooks, the map of Greater German Reich also involved the German-language part of Switzerland in violation of the country’s sovereignty.