Myth about bananas with HIV-infected blood and Mediacity.ge’s misleading title According to the article, an inhabitant of Gudauta, Inga Gagulia, uploaded a photo of a cut banana with noticeable thin red lines on Instagram. Other users also responded to this photo, saying that blood of HIV-infected people had been found in the bananas.

Even though Mediacity.ge cites a comment of Sokhumi’s main sanitary doctor, Alla Belyaeva, according to which the widespread information is a product of fantasy, also noting that based on doctors’ claims, such assumptions are ungrounded, the title of the article – Bloody Bananas with HIV-Infected People’s Blood – Panicked People are Publishing Photos – misleads the readers.

The primary source of the article published by Mediacity.ge is a newspaper registered by the Ministry of Justice of the so-called Republic of Abkhazia – apsnylife.ru. On December 14, the edition published an article – „Бананы с кровью в Абхазии. Правда или вымысел?” (Bananas with Blood in Abkhazia. Truth or sham?). This edition contacted Inga Gagulia and Sokhumi’s main sanitary doctor for the commentary on the widespread photo. 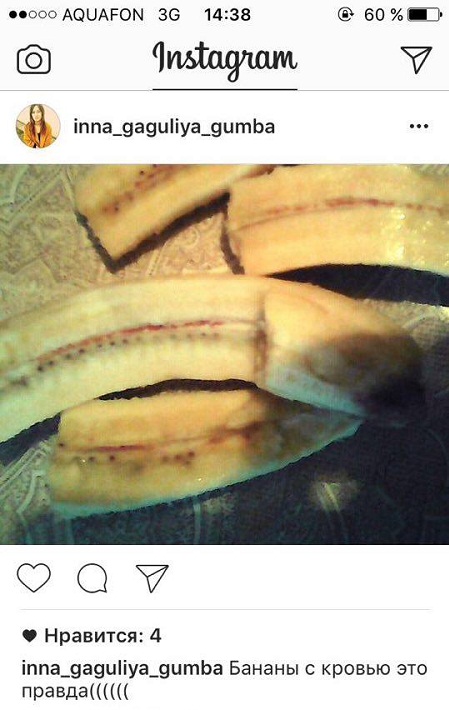 Myth about bananas soaked with the blood of HIV-infected people also spread on Russian websites and social network in February 2016.

Russian Federal Service for Veterinarian and Phytosanitary Supervision published a special statement on this issue, in which it explained that bananas with red-brown spots are harmless for human’s health. Bacteria called Ralstonia solanacearum, which also uses potatoes, tomatoes, ginger and olive oil as a host organism, gives such color to bananas. 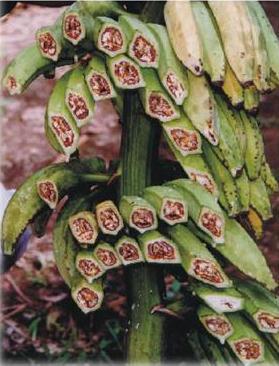 In November 2015, an American fact-checking portal, Snopes.com was writing that social network users were disseminating disinformation about bananas being soaked with human blood with the aim of spreading AIDS. An analogous conspiracy has been disseminated concerning oranges with red spots – according to one user from social network, Immigration Service of Algeria found AIDS in the oranges transported from Libya. In November 2015, Washington Post was also writing about the myth of HIV-infected bananas.

AIDS is transmitted only:

AIDS is not transmitted by the following types of contact with HIV-infected people:

Transmitting AIDS with a banana or any other fruit is impossible. The virus becomes unviable and dies soon after leaving organism.