Most popular myths about LGBT people in Georgia 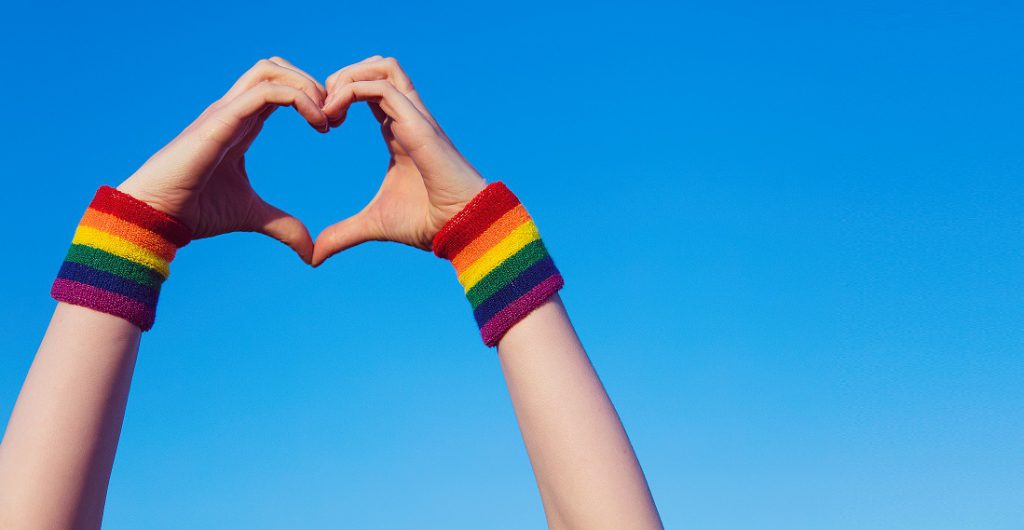 Lesbian, Gay, Bisexual and Transgender (LGBT) persons represent one of the most discriminated against groups in Georgia. A 2016 Pew Research Center poll found that 93% of Georgians believed homosexuality should not be accepted by society. In 2018, a poll by the National Democratic Institute (NDI) showed that only 23% of the Georgian population believed that the protection of LGBT rights was important, while 44% thought the protection of LGBT rights was not important and 26% had a neutral attitude.

Behind Georgia’s negative attitudes towards sexual minorities are several powerful myths. Generally speaking, these myths are part of a larger narrative that claims homosexuality is a Western conspiracy. It alleges that under the guise of human rights issues, Western groups try to destroy Georgian traditions. Over the last years these myths have become major propaganda themes for nationalist, pro-Russian and ultra-orthodox groups such as Georgian March or affiliated facebook page ALT-INFO. Many Georgian and Russian media outlets are spreading these myths and related fake news stories on a regular basis. Myth Detector set out to identify the most powerful myths.

Myth No. 1: To be gay is an individual lifestyle choice.

Whether or not an individual has prejudices toward lesbians and gay men is largely affected by his or her answers to the following questions: Are people born gay or lesbian – or do they choose this hedonistic and unnatural “lifestyle”? In recent history, certain studies demonstrated that people who believed that individuals are born gay or lesbian, expressed more positive attitudes toward homosexuals and their rights, than the rest. This is also the case for Georgia: In their 2016 study “From Prejudice to Equality” the Women’s Initiative Supporting Group (WISG) found out, that in Georgia “those who believe that homosexuality is determined by biological factors score low on the homophobia scale.”

However, homosexuality is of course not just a question of lifestyle and choice. Biologists have documented homosexual behavior in more than 450 species, arguing that same-sex behavior is not an unnatural choice. Scientists theorize that an individual’s sexual orientation is caused by a complex interplay of genetic, hormonal, and environmental influences. However, biological theories for explaining the causes of sexual orientation are favored.

Myth No. 2: Homosexuality is a result of “Gay propaganda”.

In November 2019, Georgian far-right groups mobilized against the Tbilisi based premiere of “And then we danced”, a Swedish-Georgian film that stars a gay dancer. Sandro Bregadze, leader of ultra-conservative Georgian March, condemned the film as “homosexual propaganda” and said those who are going to see it “are or want to be gays”. Several months earlier, the Georgian businessman Levan Vasadze called the organizers of the Tbilisi Pride Parade “propagandists of perversion”.

These two episodes illustrate a very common narrative in Georgia: Groups with homophobic outlook think of homosexuality as some kind of infectious disease that is being spread by homosexual activists, mostly coming from abroad and aiming to destroy Georgian values. Polls can easily assess this attitude: According to the study “From Prejudice to Equality”, 57,2% of Georgians strongly or somewhat agree that “homosexuals living in Georgia changed their sexual orientation under the influence of Western trends”.

As noted above, homosexuality is not a question of propaganda and lifestyle, but a complex interplay of genetic, hormonal, and environmental influences. National and international LGBT rights organizations are not promoters for homosexuality, but try to raise acceptance for existing sexual minorities in public.

Myth No. 3:  In order to join the European Union, Georgia must legalize same-sex marriage.

This myth is one of the “older” homophobic myths and appeared in media back in 1999-2003. Many people still think that EU integration is closely linked to the legalization of gay marriage and the right for gay couples to adopt children. However, the European Union has never discussed the recognition of gay marriage in member countries or in the candidate member countries. In fact there are many countries within the European Union that do not allow same-sex-marriage, such as Slovenia, Cyprus or Greece. As pointed out in this linked Myth Detector article, the competencies of EU governing bodies and those of member countries are separate. Member countries decide independently on issues of marriage and family law.

Nevertheless, in 2017, Georgia’s government decided to ban the “threat” of gay marriage by making some changes in the constitution: The old constitution read that “marriage shall be based upon equality of rights and free will of spouses”, but didn’t specify the gender of spouses. In the new version of the constitution they re-defined marriage as a “union between a man and a woman”.

Many Georgians fear that the number of homosexuals will increase if the society does not assert heterosexuality as the only correct form of relationships (see also: constitutional ban of same sex marriage). Moreover, they claim that gays are responsible for the demographic crisis in Europe and Georgia – due to their “rejection of children” and their “unhealthy lifestyle”. However, the demographic crisis is caused by many different factors, such as an ageing population.

The narrative of the destruction of the Georgian culture and tradition is also well-illustrated by the recent events linked to the film screening of “And then we danced”: In an interview with TV Pirveli, Andria Jagmaidze, head of the public relations office of Georgian Orthodox Church, claimed “[the movie] is yet another attempt to downplay Georgian, Christian values.”

Therefore, groups with homophobic outlook want to prohibit all kinds of demonstrations and gatherings by LGBT people. For instance, the Orthodox Patriarchate called the Tbilisi Pride of June 2019  “absolutely unacceptable” and a “sodomite sin”, calling on the government “not to allow” it. The statement stated: “The lifestyle of LGBT persons is a sodomite sin and thus contrary to the Christian faith and traditional religious teachings, as well as the general morality.” However, Christian belief and homosexuality do not fundamentally oppose each other. Many Christian denominations are LGBT friendly, such as The Church of England or the American National Catholic Church.

Myth No. 5: European and American day-to-day life is in chaos due to the acceptance for the LGBT community.

Groups with homophobic outlook periodically spread fake news stories, which portray Western countries in a rather unflattering light due to their liberal and LGBT-friendly politics. For instance, in 2018 the Georgian website Geworld.ge released an article titled “European horror: children are taken away from parents and sent to special camps for raising.” The article claims that the Netherlands has adopted a law according to which LGBT-intolerant parents are fined and deprived of their parental rights. As published on Myth Detector, the information spread by Geworld.ge is not true; instead a satirical online edition made it up.

Two more examples illustrate the narrative: In 2019, a video was spread on Facebook, in which Bishop Spiridon Abuladze stated that incest was legalized in American countries. This statement is clearly disinformation, since incest is most severely punished in the United States (see also the linked Myth Detector article). In 2016, an article with the following title was published on the Georgian website geworld.ge: “A youngster eaten by an alligator during an attempt to rape another”. According to the material, an adult alligator ate 24-year-old Jimmy Olsen during his attempt to rape a newborn alligator. This article is also disinformation, including a bunch of lies, listed by Myth Detector in this article.

Freelance Journalist Especially for Myth Detector
The article is published within the framework of the project #FIGHTFAKE, which is implemented by MDF in cooperation with its partner organisation Deutsche Gesellschaft e.V.