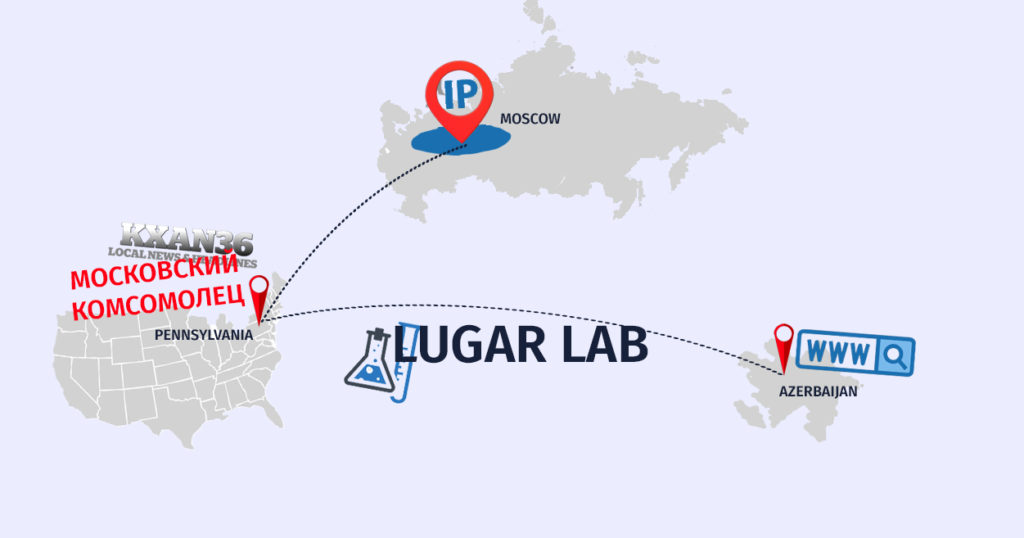 On February 11, Facebook account Lasha Modebadze, which apparently is a fake profile, published an article headlined “Is the Lugar Lab linked to the coronavirus “pandemic”?” Later, he shared the same article to Facebook group “პლუტოკრატია და ახალი მსოფლიო წესრიგი” (Plutocracy and New World Order). The text, which promotes conspiracy theories about artificial origin of COVID-19 and pre-planned scenarios, contains the bulk of disinformation spread earlier. Tvalsazrisi, an online media outlet, also published identical content on February 9, referring to Lasha Modebadze as the source. 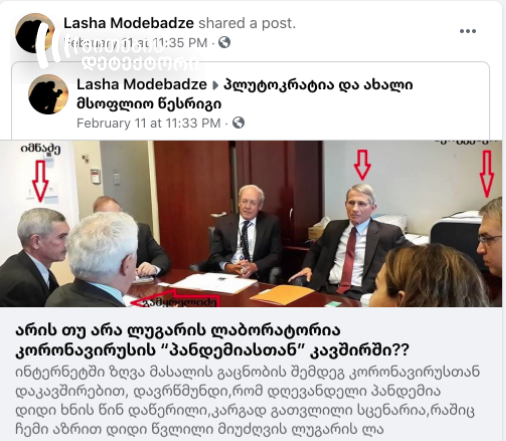 The post contains fake news and conspiracy theories spread earlier; moreover, it refers to doubtful sources whose links with Russia are revealed through various details.

Lasha Modebadze’s profile refers to an English-language website, KXAn36News.com as the source of information about the Lugar Lab allegedly functioning as a secret biological laboratory in 2006-2013. KXAn36News.com claims to be a local Pennsylvanian news and media company, which, according to its About us section, works in collaboration with the national news agencies and services. The article headlined “The Pentagon has surrounded Russia with a belt of secret biological laboratories” is accompanied by a link of the image apparently uploaded from the URL address of Московский Комсомолец with MKRUNEWS, the same Московский Комсомолец, indicated as the author. The page contains a number of articles with MKRUNEWS referred to as the author. 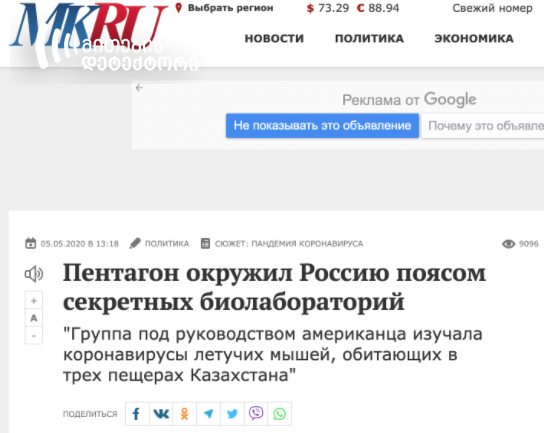 Besides Московский Комсомолец, the web portal portraying itself as a Pennsylvanian news website also offers materials prepared by another Russian propagandistic edition Russia Today. The page notes that paid articles can also be published on the website.

After verifying the domain information, it appears that its IP address is located in Moscow, while the website is registered in Azerbaijan. 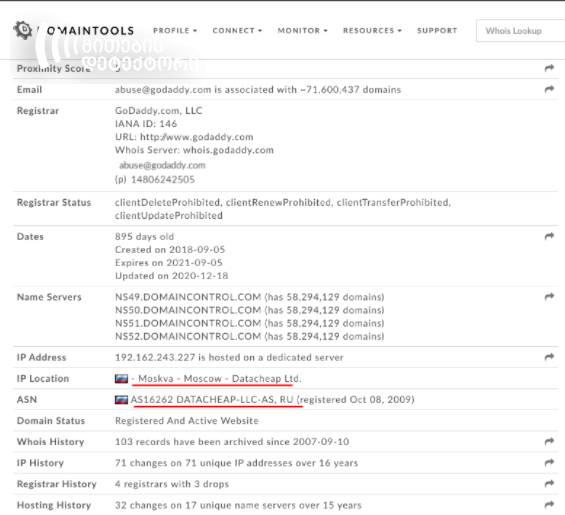 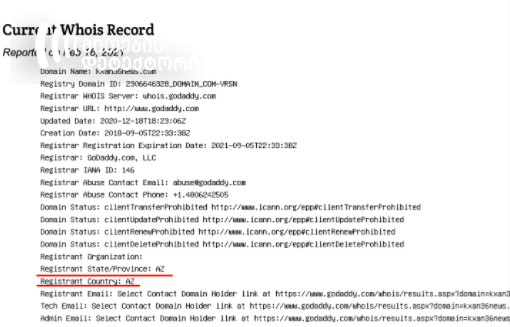 Facebook icon indicated on KXAn36News.com redirects us to the Facebook page of  American [email protected] that is administered from Turkey. Most recently, the information belonging to an absolutely different edition was shared on the website in 2018. 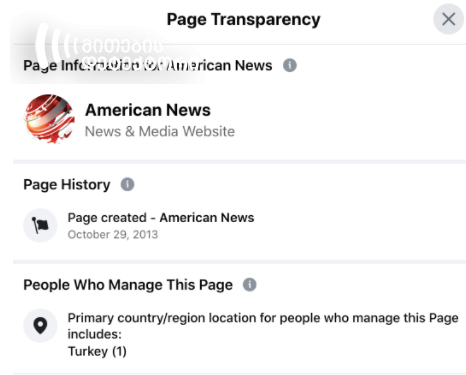 One more source referred to by Lasha Modebadze’s profile is the blog post published by Dilyana Gaytandzhieva, Kremlin and Hezbollah-affiliated Bulgarian journalist, against the Lugar Lab in 2018. Gaytandzhieva is a frequent respondent of Russian Defense Ministry-owned TV channel, Zvezda; she also cooperates with two pro-Kremlin websites – South Front and News Front. At different times, Gaytandzhieva had published various documents leaked from the Georgian government, including the Lugar Lab. Most recently, the Bulgarian journalist, as well as Lasha Modebadze’s profile published confidential documents following the September 2020 cyberattack against the Lugar Lab.

The construction of Richard Lugar Center for Public Health Research was launched in 2004 based on the framework agreement signed by the U.S. and Georgian governments in 1997 as well as the agreement signed between the U.S. Department of Defense and the Ministry of Defense of Georgia in 2002. The center, however, was opened in 2011 and two years later, in 2013, it became operational.

The laboratory bears the name of American Senator Richard Lugar. The program under which the Lugar Lab was built in Georgia aims at reducing biological threats in the former Soviet republics, through focusing on research and equipping local labs with modern technologies. The legislative initiative, co-sponsored by Senator Sam Nunn and Senator Richard Lugar and approved by the U.S. Congress, aimed to secure and dismantle weapons of mass destruction and their associated infrastructure in former Soviet countries and worldwide.

On May 22, 2019, several months before the COVID-19 outbreak, Director of the U.S. Centers for Disease Control (CDC), Robert Redfield visited Georgia to formally launch the South Caucasus Field Epidemiology and Laboratory Training Program (SC/FELTP) Alumni Network. Lasha Modebadze manipulatively links the event dedicated to the launch of the training program alumni network to preparations for the pandemic scenario. In fact, the Regional Field Epidemiology and Laboratory Training Program (SC/FELTP) organized by CDC aims at training epidemiologists from developing countries. The program operates since 1980 and over 80 states are involved in it. The claim about the program allegedly preparing Georgia for the 2020 pandemic is a conspiracy theory.