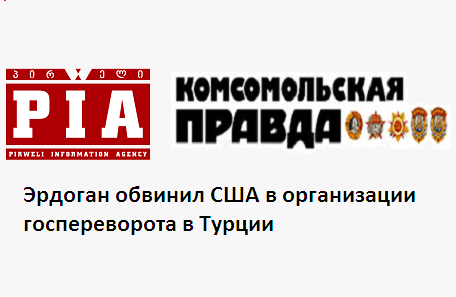 In articles with both original and edited headlines PIA named Reuters information as its source. Both Reuters news and PIA article speak about Erdogan’s accusation towards Muslim cleric Fethullah Gulen who resides in Pennsylvania. According to the President of Turkey, he was giving orders from Pennsylvania. PIA’s original headline, later changed by the agency, differed from the text of the news, since President Erdogan accused not United States, but one specific person residing in America.