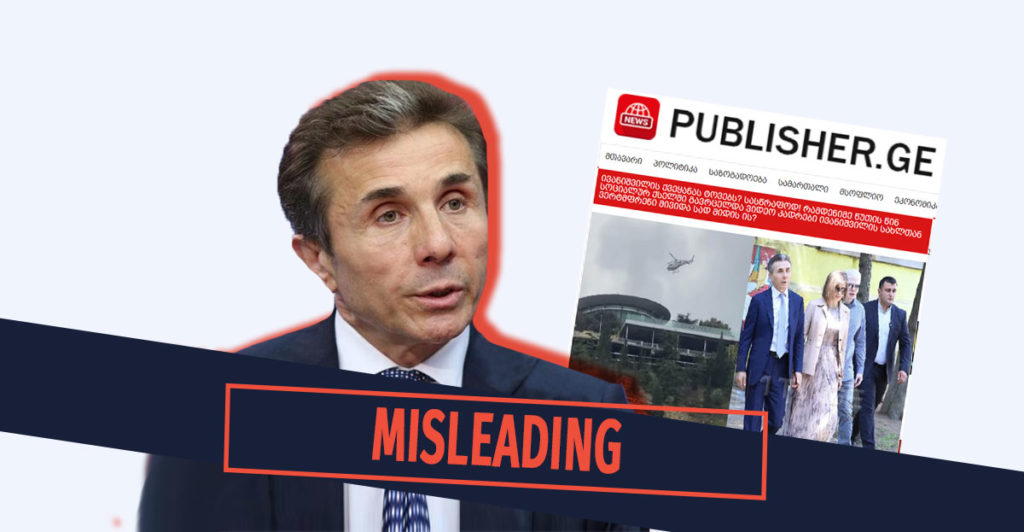 On October 2nd, the online publication Publishers.ge shared the information with the following headline: “Is Ivanishvili leaving the country? Urgent! A few minutes ago, a video was spread on the social network, depicting a helicopter arriving at Ivanishvili’s house. Where is he going?” The article is accompanied by a video shared by Facebook user Kakha Tilidze, but provides no additional information about the event, creating the impression as if Bidzina Ivanishvili left the country by a helicopter. 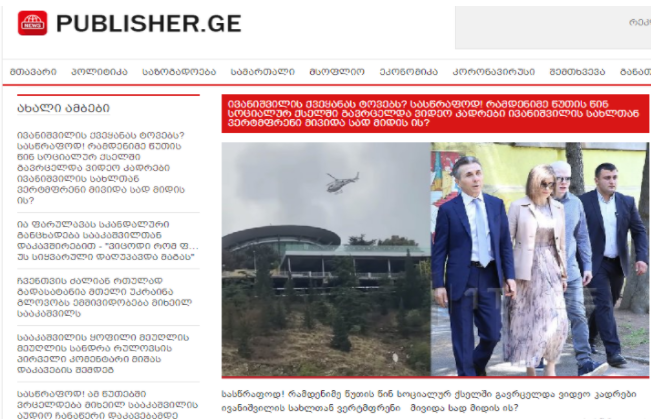 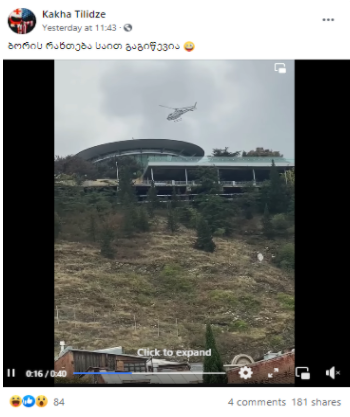 The video circulated on social media and the article published by Publishers.ge are misleading. The former prime minister often uses the helicopter for transportation. The article, published right before the elections, gives the false impression that Ivanishvili was trying to leave the country.

The video, which allegedly shows Bidzina Ivanishvili leaving Sololaki Palace, was released on the morning of October 1st, after Mikheil Saakashvili’s announcement about his return to Georgia. A video from a different angle showing the helicopter landing at Sololaki residence was also broadcast by “TV Pirveli” two days before October 1st. According to the “TV Pirveli,” the video depicted the return of Bidzina Ivanishvili to Tbilisi before the elections. There are no other reports about the movement of a helicopter in the direction of Bidzina Ivanishvili’s house in the Georgian media after September 29th. 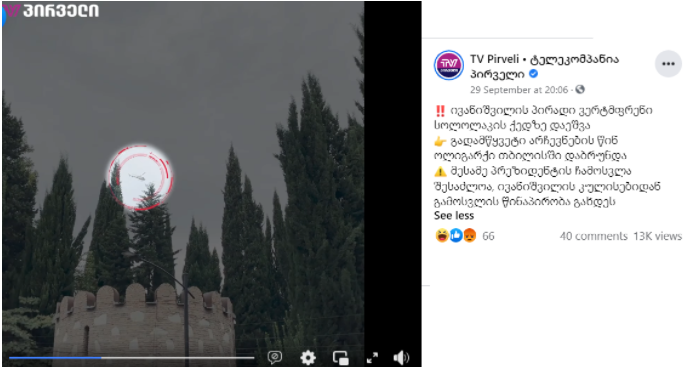 Noteworthy, Bidzina Ivanishvili owns several helicopters and often uses them for transportation. According to “Mtavari Arkhi,” by January 2021, the billionaire owned at least 14 helicopters.

Publishers.ge writes articles and publishes news on various topics, including politics, some of which are critical of the ruling political party and Bidzina Ivanishvili. Publishers.ge does not have a Facebook page and its materials are shared in public groups of social networks by individual users. The publication has published discrediting articles and unsubstantiated information about Bidzina Ivanishvili in the past.