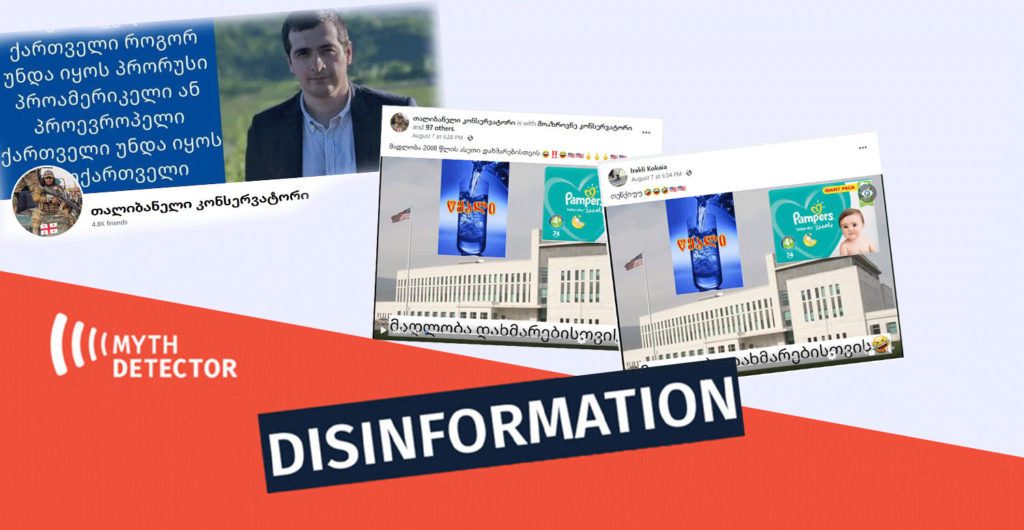 A disinformation message about the US having assisted Georgia with “water and diapers” during the August 2008 war, has been a mantra of pro-Kremlin actors for years to sow skepticism towards the strategic partner. The aforementioned message has been reactivated this year by supporters of pro-Russian political party Alt-Info/Conservative Movement.

On 7 August, the Facebook page of US Embassy in Tbilisi posted a video featuring US diplomats, including US Ambassador to Georgia Kelly Degnan. In the video, US Embassy representatives, recalling the August war, express their support to Georgia. In the video, they express the support in Georgian language with the following phrases: “We remember how it began. We remember this day. We remember Russian troops invading Georgia. We will not forget tens of thousands of IDPs. We will not forget the victims. We will continue deterring Russian aggression. We will continue working for peace. We will stand with Georgia!” 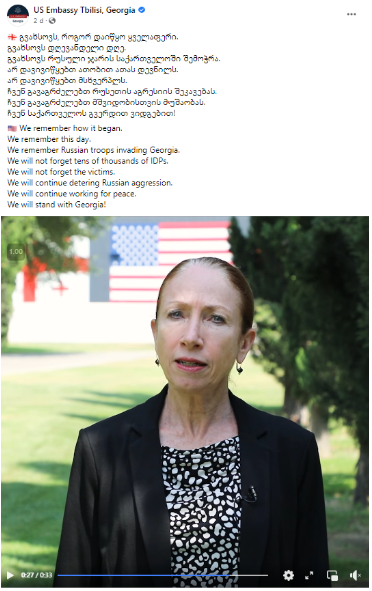 Shortly after the release of the video, Facebook pages and users associated with the pro-Russian political party, Conservative Movement, released an edited version of that video. Myth Detector identified eight accounts associated with the Conservative Movement, which disseminated the US Embassy’s video in a coordinated manner for the aim of discreditation.

The video was uploaded to the US Embassy Facebook page at 10:00 a.m. on 7 August. The edited version of the video, with images of bottled water and diapers inserted in the original video, was first posted at 12.44 p.m. by a Facebook account Conservative Movement in Khashuri and was captioned “We remembers something else!” This message promotes an allegation that the US assisted Georgia with water and diapers alone. 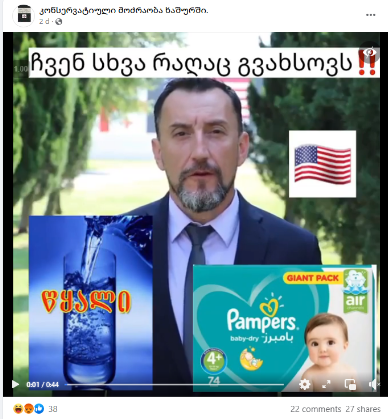 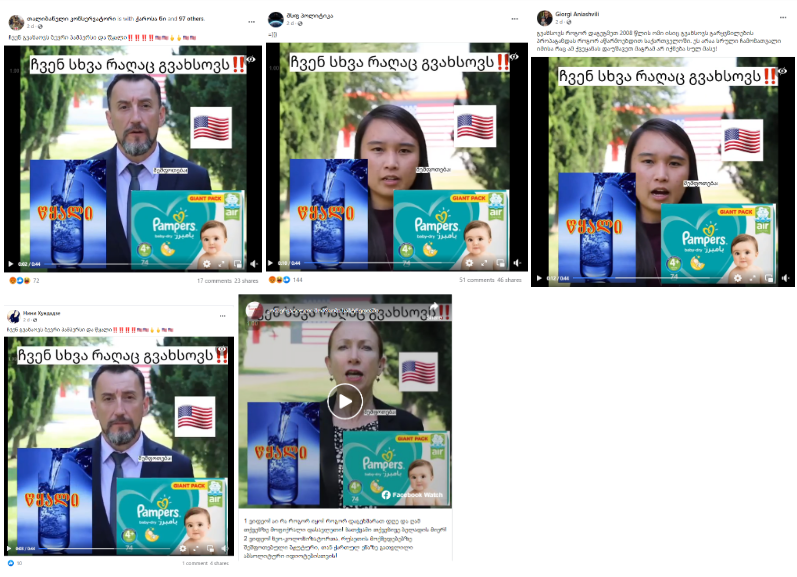 Later in the day, at 18:24 and 18:34 o’clock on 7 August, a video similar in substance but with a somewhat difference editing was  published by two Facebook accounts თალიბანელმა კონსერვატორმა [Taliban Conservator] and Irakli Kokaia.

In addition to photos of water and diapers inserted in it, the video posted by the aforementioned FB users is soundtracked by a song “Thank You” of Guram Sherozia and Malibue.

A myth about the US having assisted Georgia with bottled water and diapers during the August war has been circulating for many years now.

The first thing to be emphasized is that with its actions, the USA provided certain guarantees of security to Georgia. In particular, when the Russian invasion started, the US 6th fleet deployed in the Mediterranean Sea headed for the Black Sea, thus sending a political and military message to Russia. Had Russia decided to further occupy the Western Georgia, it would have had to ensure a logistic support from the Poti seaport. The presence of American ships in Georgia’s territorial waters would have posed problems to logistics of Russia. Furthermore, after the war, the US European Command conducted a comprehensive assessment of Georgia’s Armed Forces and produced reports on its development in various areas, including on the strengthening of critical capabilities in anti-tank, air defense. It was precisely based on those reports that a long-term modernization process of Georgian armed forces began and continues today too.

Besides, Georgia received $4.45 billion in aid from western countries and international organizations.

As regards the US humanitarian aid, the US military air forces conducted 59 humanitarian flights, bringing to Georgia 1 145 tons of humanitarian aid worth $15.4 million, including 8 000 beds, 20 000 sleeping bags, half a million food packages, etc.

The USA was the first country to provide immediate financial assistance to Georgia without any political conditionality. That step was followed by the $750 million aid from the International Monetary Fund.

See Myth Detector archive for further details about the US assistance:

The “water and diapers” disinformation message is disseminated by the use of Ad nauseam technique that implies continuously repeating one and the same idea. This may be an idea, or a simple motto which is repeated so often that people come to believe it. In previous years, the identical message was repeated by other actors too.

In the past, the same message was repeated by Nino Burjanadze, the leader of pro-Kremlin political party Democratic Movement, in a sponsored article titled “Nino Burjanadze: America has sent us pumpers and water after the war in 2008,“ published by the news agency Interpressnews . 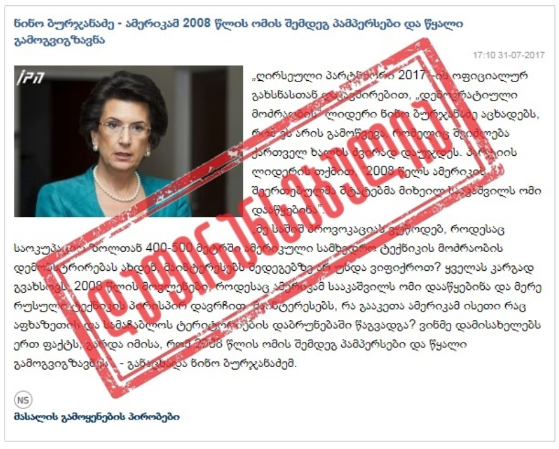