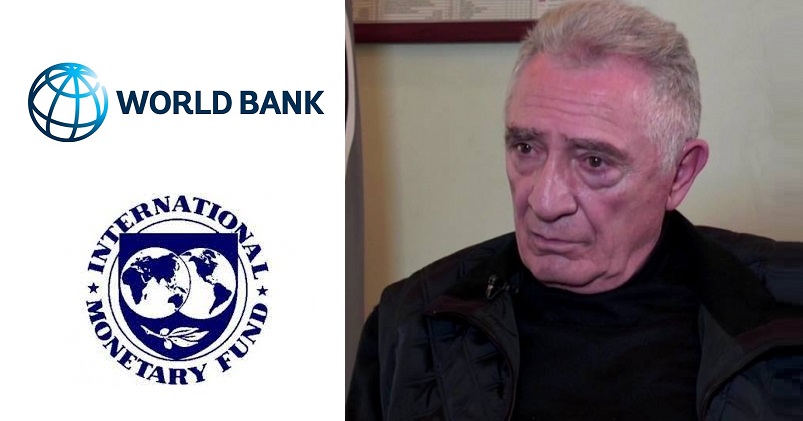 On December 1, 2017, newspaper “Georgia and the World” published an interview on its website with Gogi Topadze, leader of “Industry Will Save Georgia” political party. In this account Gogi Topadze notes that Georgia’s economic potential was successfully utilized in the conditions created by the Soviet Union, which he considers a principal reason for the existence of the Georgian state today. According to his point of view, advisors sent by international organizations dismantled this potential under the slogan of “emancipation from Soviet Heritage”.

Initially with the support of IMF programs, the prevailing hyperinflation in the country was surmounted, and subsequently the introduction of national currency increased the country’s budgetary revenues. With the institutional development program of the World Bank, the Georgian government overcame the legacy of central planning in the Soviet economy and moved on to the model of market economy.

Topadze’s statement that Georgian economy flourished during the times of the Soviet Union is absurd, as one of the main factors for the disintegration of the USSR was its economic system.

To surmount an increasing stagnation rampant in the early 1980’s,Mikhail Gorbachev set forth radical reforms – At first, keeping central command of social goals and ideas while in parallel decentralizing economic activity and opening the door to foreign trade. As central control of the economy from the bureaucracy was in the heart of Soviet economic ideology, the system could not withstand these reforms, which became one of the main factors in the collapse of the Soviet Union in 1991.

Georgian economy after the collapse of the USSR

In a 1999 report prepared by the International Monetary Fund (IMF) about Georgia, it is noted that Georgia inherited an economic system from the Soviet Union, which was inherently vulnerable to the shipment of the cargo turnover and tax agreements, as well as shock in terms of trading in the former Soviet Union. This trade shocks were accompanied by a civil war and conflicts of secession in Abkhazia and South Ossetia, which lead to a significant flow of refugees. After the introduction of the Coupon in 1993, the country was faced with a hyperinflation challenge. Under such circumstances, by the middle of 1994 the World Bank and the IMF began implementing stabilization measures and structural reforms, as well as institutional development programs.

In November 1994, the IMF Executive Council approved the Stabilisation and Currency Reform Program for Georgia, which was implemented in two stages. The first stage of reforms comprised structural and stabilisation reforms, while the second stage encompassed currency reform.

The measures carried out by the IMF drastically reduced the Coupon’s fair value. Hyperinflation was halted and the consumer price index fell sharply in the following months.

Following an IMF assessment, it was concluded that fundamental changes needed to be made through the introduction of a new currency, on order to return the country’s financial system to a local currency. On September 25, 1995, a new national currency – the Georgian Lari (GEL) was introduced, which replaced the older Coupon in its entirety by October of the same year.

On July 5, 1994, the World Bank approved its first “Institution Building Project” for Georgia, with the total value of $10 million. The aim of the program was to support Georgia’s transition to a market economy, which in itself includes the enhancement of public institutions in three sectors – financial, economic management and privatization.

In 2001, the World Bank approved a 7-year program with a sum budget of $31 million in order for Georgia to strengthen and realign its educational system. The program’s goal was to implement institutional changes in the financing and management of educational institutions. Within the framework of this program The National Assessment and Examination Center was created and in 2005 the first Centralized National Examinations for Universities were held in Georgia.