Minister” of Demonic Origin or a Modified Photo of a Canadian Epidemiologist? 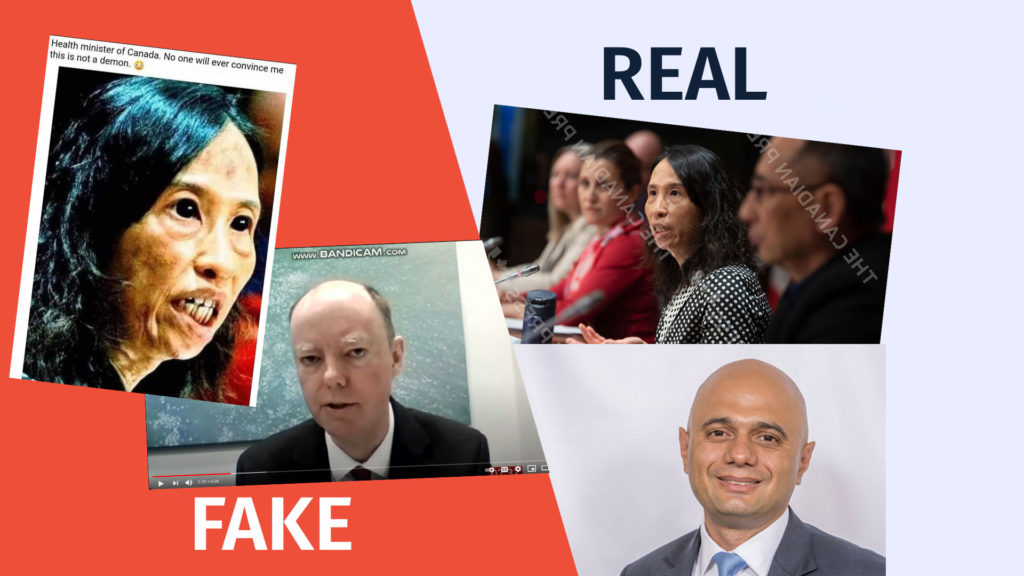 On September 19th, the Facebook accounts Ti-Nia Dia and “Bolo Zhamis Kristianebi” have published images of health ministers and experts from various countries. Pictures of the health ministers of Belgium, the United States, the United Kingdom and Canada were shared by Ti-Nia Dia and other Facebook users with the following description: “Should we entrust our health to them? No, thank you.” 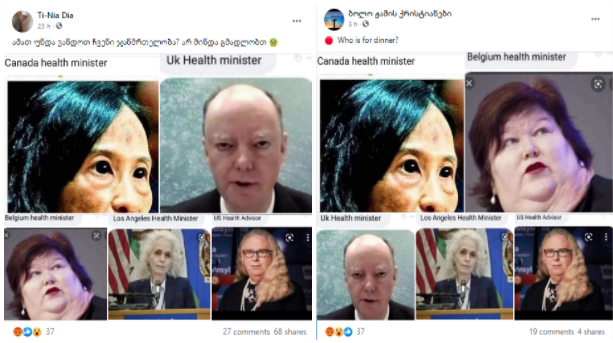 Two of the photos of the health ministers of Western countries are manipulative. The photo of the Canadian “minister” does not actually depict the Canadian Minister of Health but a Chief Public Health Officer of Canada, the image being modified in a way to discredit her. The other photo, attributed to the Minister of Health of the United Kingdom, actually shows a British epidemiologist.

The modified photo, first shared by Twitter and Instagram users in April 2021, depicts Canadian Public Health Officer Theresa Tam. Based on the modified photo, English-speaking users claimed that Canada’s “health minister” was not actually a human but a demon. Georgian Facebook users also expressed their assumptions about the demonic origin of Teraza Tami in the comments section of the post. 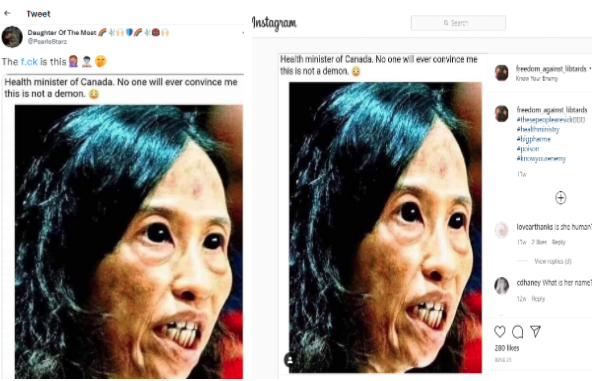 In fact, the authentic version of the picture was taken at a press conference on April 20th, 2020, where Theresa Tam answered questions from journalists. The photo belongs to Adrian Wilde, photographer for “The Canadian Press.” Tam’s face was first cropped out by the Canadian edition ‘Toronto Star’ and attached to its article. The altered image is taken from the mentioned version of the photo. In the altered photo, Theresa Tam’s eyeballs and eyebrows are unnaturally enlarged, the skin colour is changed, and the sharpness of the shadows is increased. 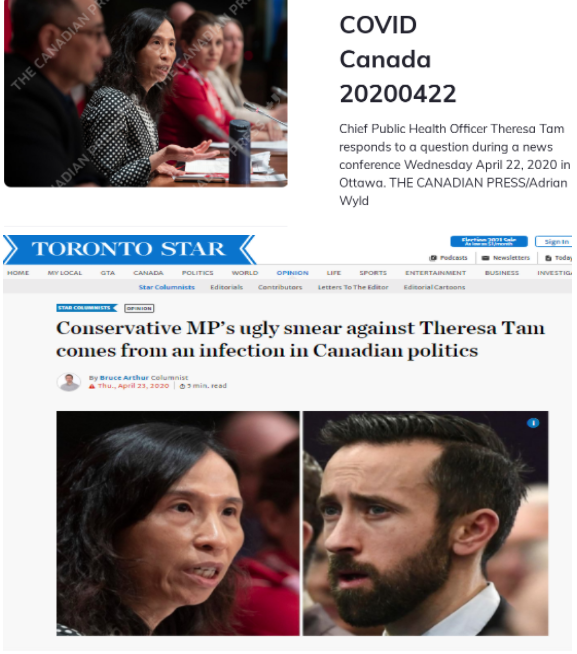 Theresa Tam is an immunization and infectious disease specialist, being Canada’s Senior Public Health Officer since 2017, although she has never been Canada’s Minister of Health. The position of the Minister of Health is currently occupied by the Canadian politician Patricia Hajdu. 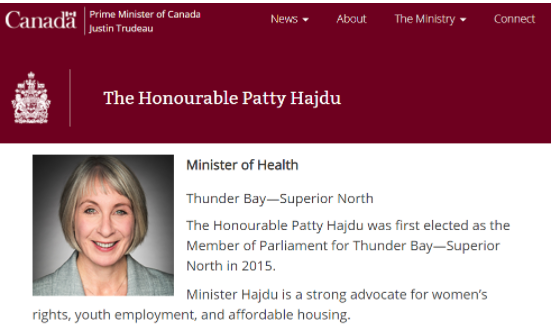 The picture of Professor Chris Witt, which social media users attribute to the British Minister of Health, is an excerpt from an interview aired on the BBC morning show on January 11th, 2021. In the interview, the epidemiologist discussed his predictions about the dynamics of coronavirus spread. 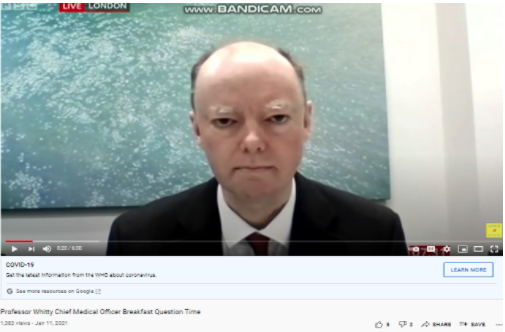 Sajid Javid is currently the Minister of Health in the UK, replacing former Minister Matt Hancock in June 2021. 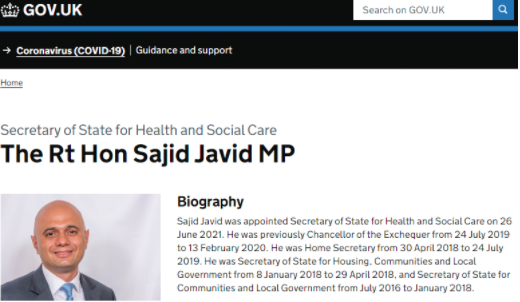 The photo-manipulation about the British Minister of Health has been fact-checked by the “Myth Detector” before. Read more in the article: