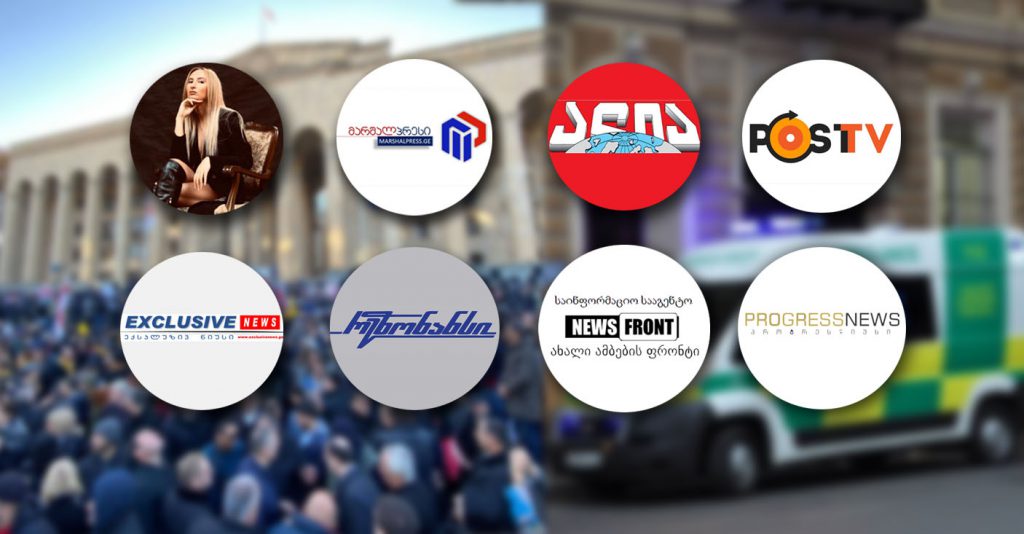 On November 18, online media outlet Marshalpress released an article, citing Facebook user Lika Gamrekeli, headlined “You are not shareholders, you are potential murderers! – The slaves of executioners did not make way for an emergency vehicle, causing a man’s death!” According to the material, the incident took place at Tabukashvili Street and emergency medical service doctors had to get to the destination by foot, because people protesting on Rustaveli Avenue did not make way for an emergency vehicle. Marshalpress refers to only one source – Lika Gamrekeli, without verifying the information at the Medical Emergency Center. 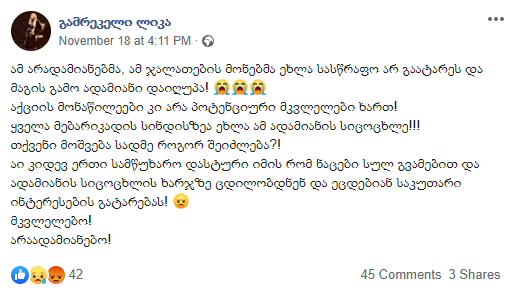 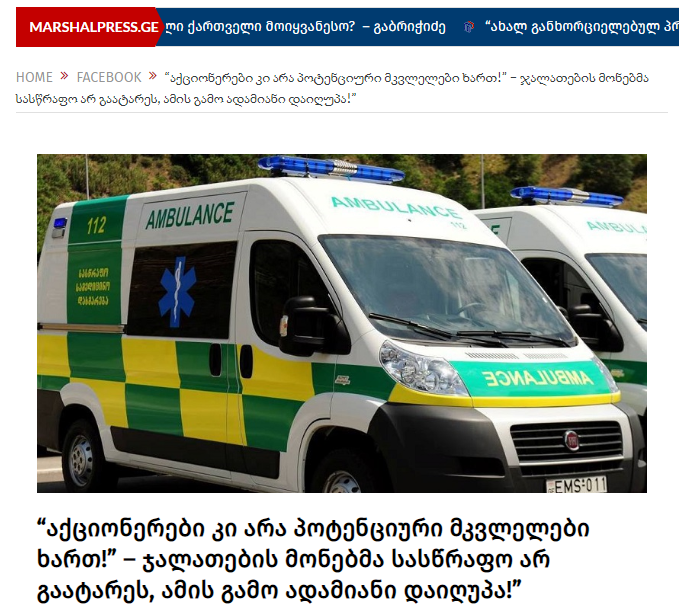 The Medical Emergency Center told the Myth Detector that they had to get to the destination by foot because of the heavy traffic congestion on the right bank of the Mtkvari River, and that reports on a patient’s death due to blocking the street by protesters are nothing but media interpretation.

To verify the information, the Myth Detector contacted the Public Relations Service of the Medical Emergency Center, where the reports about protesters blocking the road for emergency vehicle were denied.  A representative of the Public Relations Service, who preferred to stay anonymous, said on behalf of the Center during the telephone conversation that the emergency vehicle’s movement was hampered due to the traffic congestion on the right bank of the Mtkvari River that prompted the doctors to continue their way by foot. So, it took them about 13-14 minutes to get to Tabukashvili Street, but the man had already died. The cause of death remains unknown so far.

The information was quickly picked up by pro-government and pro-Kremlin media outlets.

On November 18, Georgian tabloid Alia spread identical information citing the article by Marshalpress. A day later, on November 19, the information as if protesters did not make way for the emergency vehicle, along with additional details (the name and age of the deceased man), was spread by exclusivenews.ge, which does not refer to the source. On November 20, Rezonansi and pro-Kremlin edition News Front spread the same reports referring to exclusivenews.ge. Later on the same day, Progressnews referred to media holding Reportiori and released an article headlined “Protesters blocked the road to the emergency vehicle – 50-year-old man died.” However, the article by Reportioti can no longer be searched on its website.

It is worth noting that on November 19, pro-government media outlet, POSTV covered the incident in a manipulative manner. The media outlet noted in its video caption that “protesters did not open the road for the emergency vehicle on Rustaveli.” In a couple of hours, POSTV changed the caption and later deleted the video. On November 20, POSTV again released the video with a changed caption. 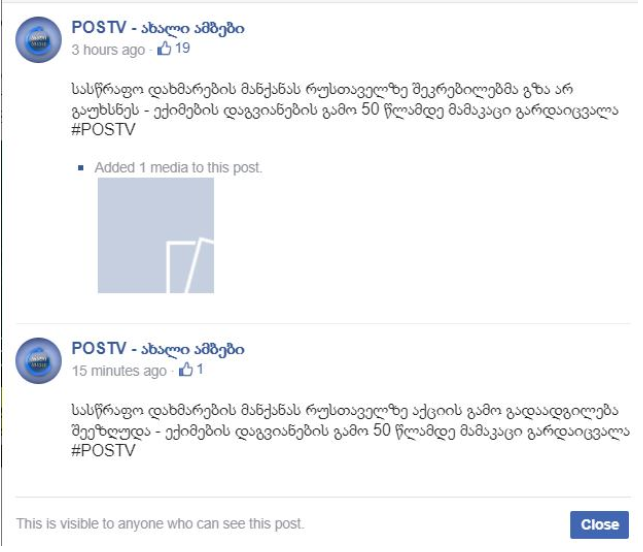 About the primary source

Lika Gamrekeli actively publishes various posts on Facebook discrediting the people protesting on Rustaveli Avenue. Gamrekeli slams the government for its “loyalty” and supposes that the rally should have been dispersed without any warning. 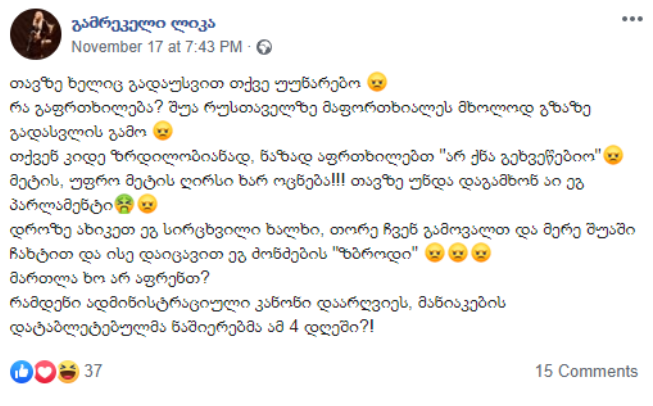 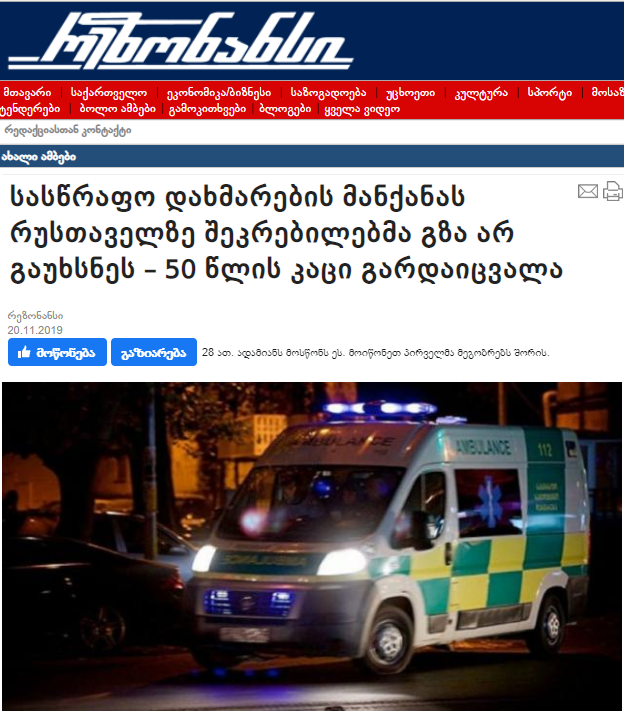 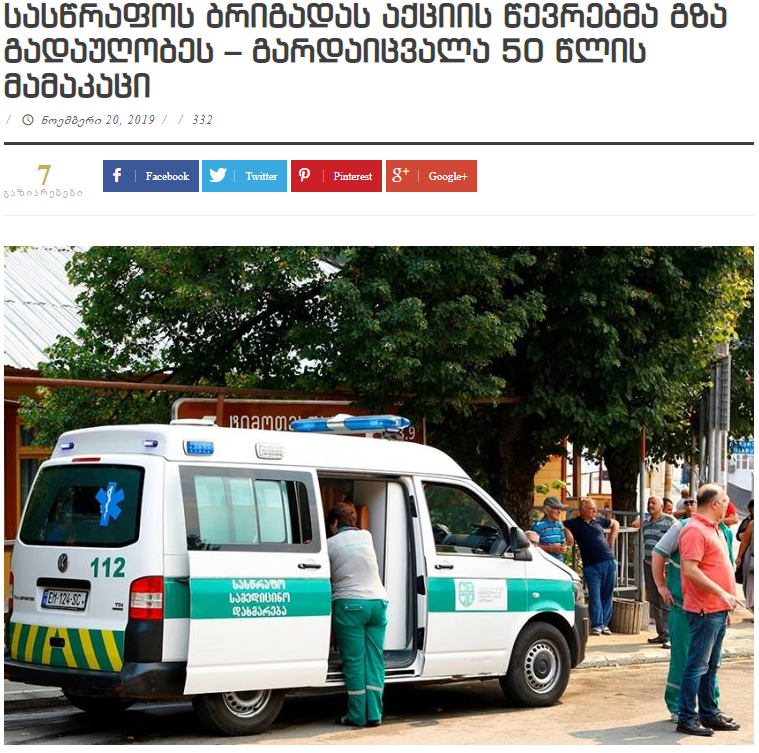 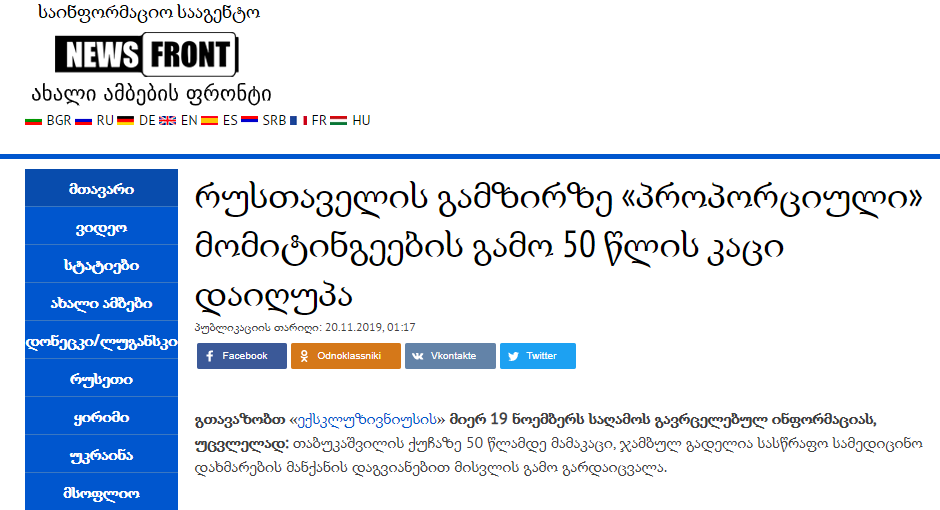 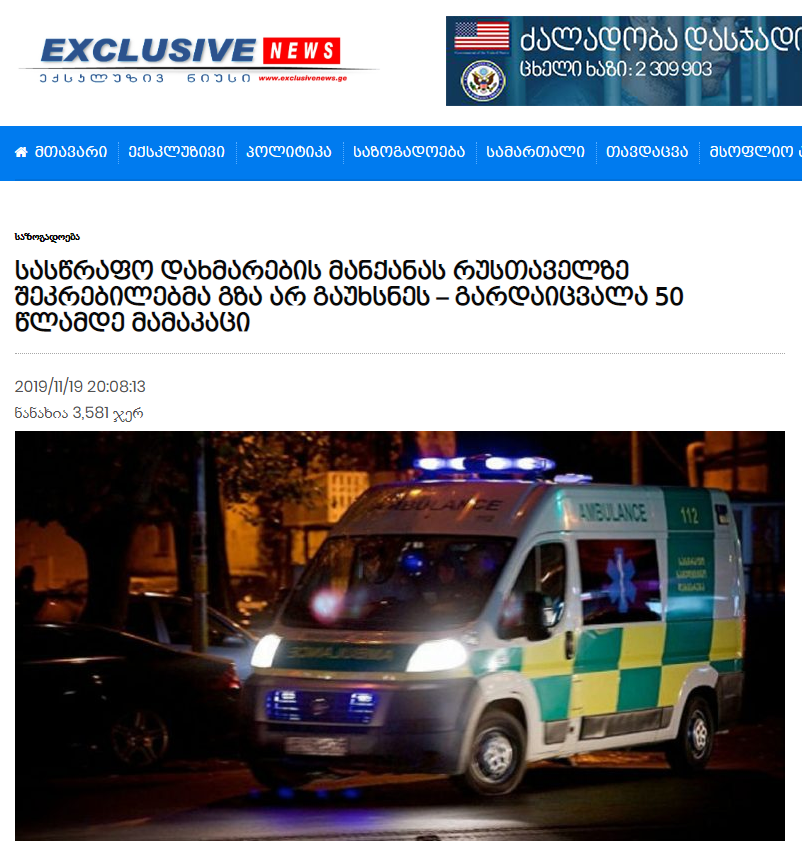 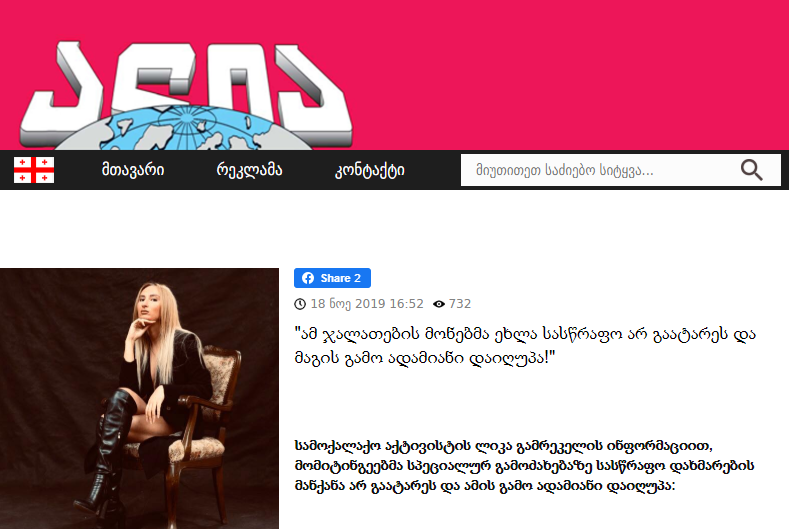