Media Myths Regarding Events in Ukraine are Misleading

On 2 March 2014, by the initiative of the students from Mohyla School of Journalism and journalist editors program Digital Future of Journalism, an internet portalStopfake.org was created, which later was joined by various journalists, marketologists,  IT specialists, translators and volunteers. The project’s aim was to respond to the incorrect information and propaganda that had been disseminated by various media outlets regarding events in Ukraine. 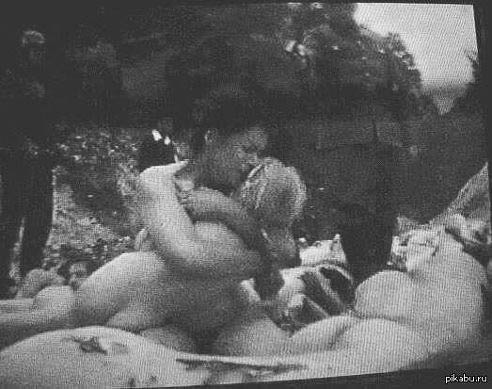 Stopfake.org highlighted the web-sites that allegedly describe crimes committed by the “fascist supporters of Bandera” during the Second World War. One of such photographs, which depicts a woman with a child, is being actively shared in the Internet, including the social networks.
In the material prepared by the internet portal Боевая Висота this photograph is mixed among the photographs of the burning of the Trade Unions House in Odessa on 2 May 2014.
In fact, this picture comes from the American TV series War And Remembrance, set during the Second World War, which was aired in 1988. The shot from the series (from 9:42, episode 7) had been made to look older, so that it could pass as a documentary material from the Second World War. The series and real picture depicts the tragedy of Babi Yar.
According to stopfake.org, the text that went with this photograph, saying that the “fascist supporters ofBandera” served in the “Galitchina” Division and bore this photograph with them during their whole lives, is a disinformation.

The myth about black mercenaries

Some falsified facts, to which stopfake.org responded, had been disseminated by the Georgian internet portals too. Such myths claim that black people and American instructors had arrived to Ukraine as mercenaries.
On 15 October web-site politnavigator.netdisseminated information, claiming that black fighters had been brought to Kharkiv. The basis for this information had been a video recording showing black individuals in military outfitstanding near a minibus. According to the authors of the video, the recording was made in the yard of one of Kharkiv’s hotels. In the recording its author’s voice says that 20 black individuals were brought in to help Ukrainian fighters.
Rusvesna.su disseminated additional information about this case, claiming that these were American mercenaries, while the hotel’s name was “AN-2”.
After stopfake.org checked this information it found that claims about “black American mercenary fighters” being brought to Kharkiv were false.The hotel’s administration explained to«Укринформ» that during the period of 13-28 September (not October) there were Nigerian (not American) technicians staying in the hotel.
Official web-site of “KrAZ” automobile plant says that technicians from the Nigerian armed forces went through a two-week training in the KrAZ cars technical use, support and repair at the plant in Kremenchug, which was a part of an agreement between Nigeria and Ukraine. As stopfake.org explains, most probably the black individuals from the false information disseminated by the Russian web-sites, who stayed at the Kharkiv hotel, were Nigerian technicians.
False news regarding American instructors and black mercenary fighters in Ukraine were disseminated by a Georgian internet portal Saqinform, on the basis of the Russian sources. (Ukrainian tank troopers – black mercenaries from the force of 180 American instructors that have arrived to Ukraine!;  2014 In August 2014 a Georgian-speaking naked Afro-American was taken prisoner in Ukraine, who was Saakashvili’s military advisor in August 2008).