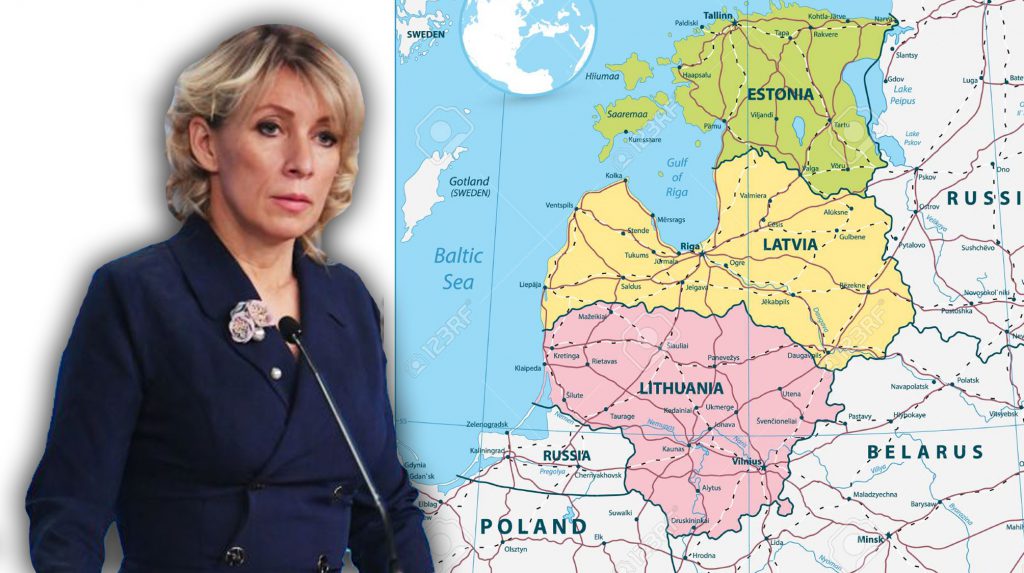 On February 5, 2020, Sputnik Georgia released on its Russian-language website an article headlined “Boundary differences: which Russian territories do the Baltic States consider as belonging to them (“Пограничные разногласия: какие российские территории страны Балтии считают своими”).” The article is about the Tartu Peace Treaty between Estonia and Soviet Russia by which the latter recognized Estonia’s independence. Russian Foreign Ministry’s Spokesperson Maria Zakharova noted that the treaty is considered void from the moment Estonia joined the USSR.

The claims by Russian Foreign Ministry’s Spokesperson Maria Zakharova are manipulative, because Estonia was not incorporated into the Soviet Union in 1940, but rather the Soviet Union occupied it.

In 2020, Estonia held a series of events to mark the 100th anniversary of signing the Tartu Peace Treaty between the Republic of Estonia and Soviet Russia. The treaty represents an important document for the Estonians and their statehood. The document was signed in February 1920, it established Estonia’s eastern border, and Soviet Russia recognized the independence of the Republic of Estonia in perpetuity.

The February 2, 1920 Peace Treaty between Soviet Russia and Estonia:

“Russia recognizes Estonian independence and autonomy, renouncing voluntarily forever all rights of sovereignty formerly held by Russia over the Estonian people and territory.” 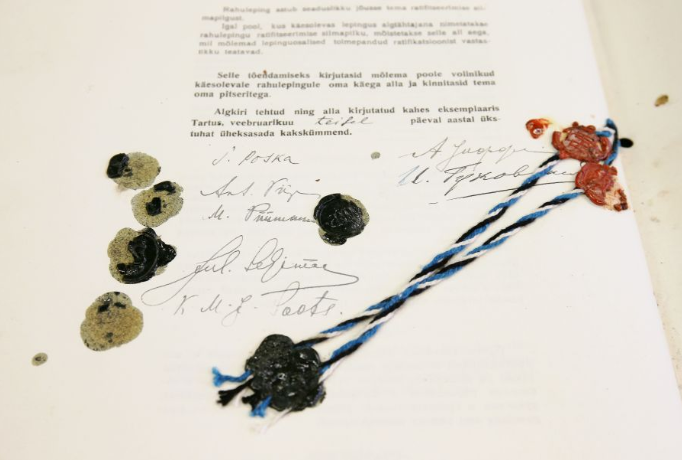 Although Soviet Russia recognized Estonia and further two other Baltic countries as independent states, it revealed its interests when signing the Molotov–Ribbentrop Pact. Thus, the territory of Estonia fell to the sphere of influence of the USSR, under the treaty between Germany and the Soviet Union.

The USSR’s interests towards Estonia and other Baltic countries during the World War II were disclosed after the Estonian, Latvian, and Lithuanian foreign ministers were asked to come to Moscow and immediately sign mutual assistance treaties. The Kremlin insisted that the pacts were necessary to insure the security of the Soviet Union and to protect the independence of its three western neighbors. Vyacheslav Molotov’s statement to the Estonian delegation was typical:

Vyacheslav Molotov: “The situation needs immediate solution. We cannot wait long. I advise you to accede to the wishes of the Soviet Union in order to avoid something worse. Do not compel the Soviet Union to use force in order to achieve her aims… At present all hope for foreign assistance would be an illusion.”

In response to Maria Zakharova’s remarks on the Tartu Peace Treaty, the Estonian Foreign Minister noted that Russia is trying to falsify history and that the Treaty of Tartu is still valid.

Urmas Reinsalu, Estonian Foreign Minister: “Attempts by Russia to falsify history by denying the annexation of Estonia constitutes vindication of the policy of spheres of influence and the violence of totalitarian regimes and is condemned by the Republic of Estonia.”

It is worth noting that following the Soviet Union’s disintegration, Estonia lost 5% of its territories granted to the country under the Tarty Treaty. Russia had always claimed that the validity period of the Tartu Treaty ended after Estonia joined the USSR – the message voiced by Maria Zakharova in response to Estonia’s marking the 100th anniversary of the Tartu Treaty.