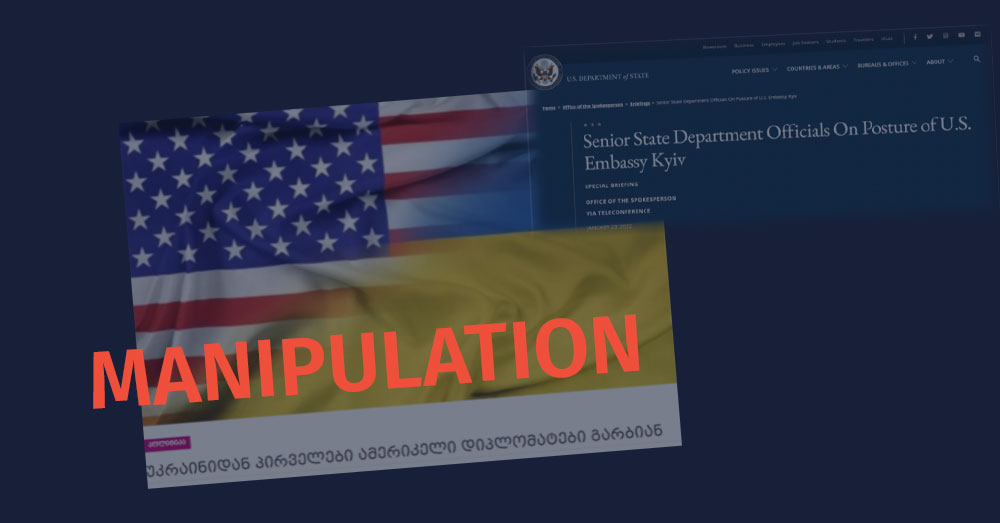 On January 23rd, the online outlet “Tvalsazrisi” published an article about the current developments in Ukraine with the following headline: “American diplomats are the first ones to flee from Ukraine”. The information is based on the Twitter post of Fox News journalist Lucas Tomlinson, who claimed that by the order of the U.S. State Department, the process of evacuation of the families of American diplomats from Ukraine has already begun. 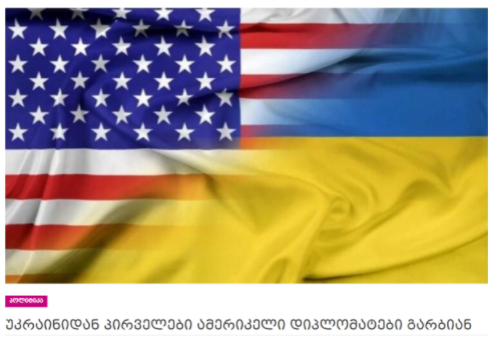 The headline used by “Tvalsazrisi” is misleading and gives the impression that the U.S. has started the forced evacuation of diplomats from Ukraine. In fact, according to the decision of the U.S. State Department, the embassy staff can leave Ukraine voluntarily, and the family members of diplomats are indeed subject to ordered evacuation.

The statement issued by the U.S. Department of State states that the U.S. enables voluntary departure to its employees at the U.S. Embassy in Kyiv while their family members are subject to ordered evacuation. The State Department is urging U.S. citizens to refrain from travelling to Ukraine, which is explained by the fact that Russia is planning large-scale military actions against Ukraine.

On December 23rd, the explanations of senior officials of the State Department have also been briefed on the website of the U.S. Department of State.

According to one of the senior officials, the State Department issued a permit to leave the territory of Ukraine if desired, specifically for the non-emergency staff of the U.S. Government. According to him, employees, unlike their family members, are not required to leave Ukraine.

“Tvalsazrisi” uses the post published by Fox News journalist Lucas Tomlinson on Twitter as the primary reference. Tomlinson indeed published a post on January 22nd about the alleged evacuation of American diplomats from Ukraine.

Nonetheless, the post concerned the mandatory evacuation of the family members of the U.S. embassy staff.