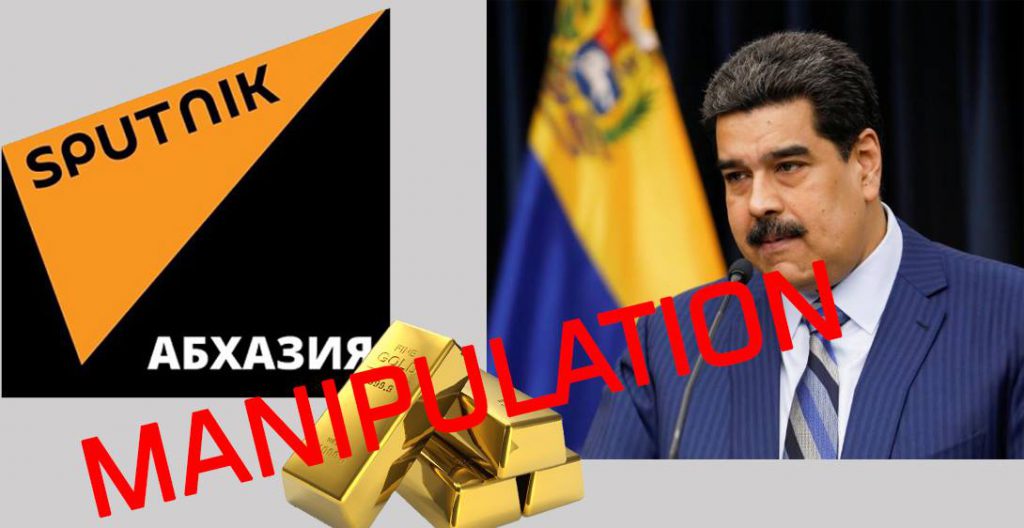 On February 16, a Russian-speaking edition Sputnik-Abkhazia published an article titled “Masterclass from England and the USA: How to Misappropriate Someone Else’s Gold.” The article notes that the Bank of England refused to return the gold reserves to Venezuela, meaning that this is the fact of misappropriating Venezuela’s gold. Sputnik-Abkhazia relies on the information by РИА Новости.

Sputnik-Abkhazia’s allegations that the Bank of England has allegedly misappropriated Venezuela’s gold, is a manipulation. The central bank of the United Kingdom (i.e. Bank of England) has refused to transfer gold to the illegitimate President of Venezuela because of financial sanctions, introduced as a response to the crisis in the country.

On what basis did the Bank of England decline Maduro Government’s request to transfer the gold?

On January 26, CNN published a comment from the Bank of England stating that the Bank does not disclose details about customer relations, but emphasized that: “In carrying out all operations, the Bank operates within the highest standards of risk management and takes into consideration all relevant legislation, including financial sanctions”.

According to the IMF, there is super-inflation in Venezuela. In 2018, the inflation rate was 1,370,000% and it is predicted to increase up to 100,000,000% by 2019. According to the Transparency International’s report Nicolás Maduro’s illegitimate government is highly corrupt, and Venezuela is ranked 168th from 180 countries due to corruption-related issues. High officials of the Venezuelan Government have been exposed in corruption and bribery. The current Government of Venezuela is exploiting natural resources, as oil production constitutes 95% of the Venezuelan economy.

According to the 2019 Economic Freedom Index, based on the analysis of the end of 2017 and the beginning of 2018, Venezuela sits one place above North Korea, which is on the last place.

It should also be noted that the Bank of England does not own any gold reserves, as the reserves belong to National Central Banks.