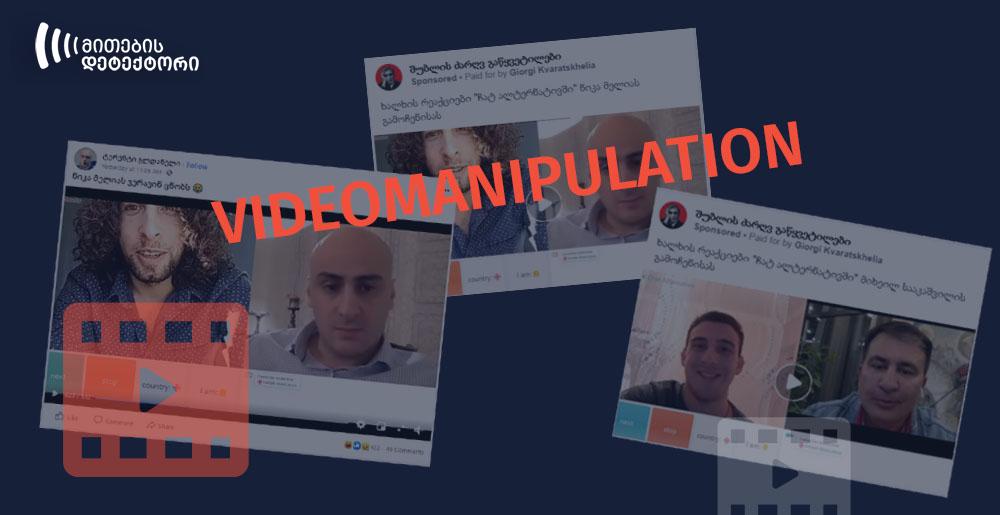 On October 21, the Facebook page “შუბლის ძარღვ გაწყვეტილები” (People with No Sense of Shame) published a video with a description: “People’s reaction to Mikheil Saakashvili’s appearance on ‘Chat Alternative’. Video shows how mostly underage Georgian users connect with the former president of Georgia Mikheil Saakashvili via video call.

On October 24, the page disseminated one more video, where one of the leaders of the “National Movement” Nika Melia joins in with users this time. As of 13:00, October 26, the mentioned video has over 1000 likes and 190 shares Whereas, the video with Mikheil Saakashvili joining in with the users has over 5 300 likes and more than 1 100 shares.  Both videos have the logo of the entertainment app ome.tv on them, which was created for meeting new people. 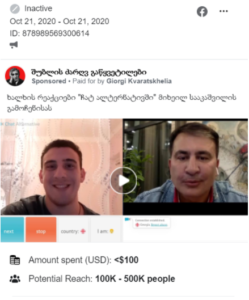 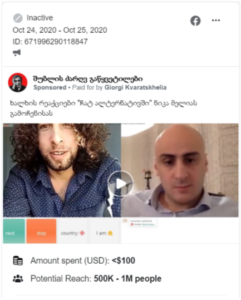 Mentioned videos give off the impression that politicians join in with users who use hate speech and refer to them with aggressive comments.  Whereas, the video aims to discredit those politicians. In reality, politicians’ appearances in the mentioned videos were taken from live transmissions aired on “TV Pirveli” and “Mtavari Arkhi”. Therefore, disseminated video is a manipulation.

They have identical reactions to Nika Melia’s video that was cut from Nika Melia’s live transmission that aired on “Mtavari Arkhi” on April 13, 2020.

It’s worth mentioning that a proportion of users in the application don’t recognize Nika Melia and yet another anti-opposition page Terenti Gldaneli shared the video in this exact context with the following video description: “Nobody can recognize Nika Melia”. 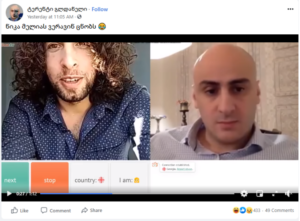 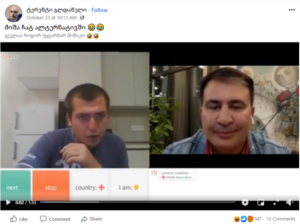 “People with No Sense of Shame” was created on January 9, 2020. As of now, it has around 3 800 likes and 4 700 subscribers. The page shares information in the form of memes and photos that aim to discredit opposition parties, especially “European Georgia” and “National Movement”.  Facebook Ad Library indicates that in the period of 4-24 October the page spent 222 dollars on political and election-related ads. 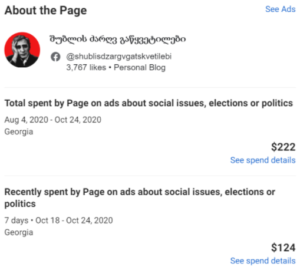 Page was created on June 9, 2016, and mostly shares content with the aim to discredit opposition parties. “Terenti Gldaneli” is one of the anti-opposition pages that linked the attack on the Bank of Georgia in Zugdidi to “National Movement”.