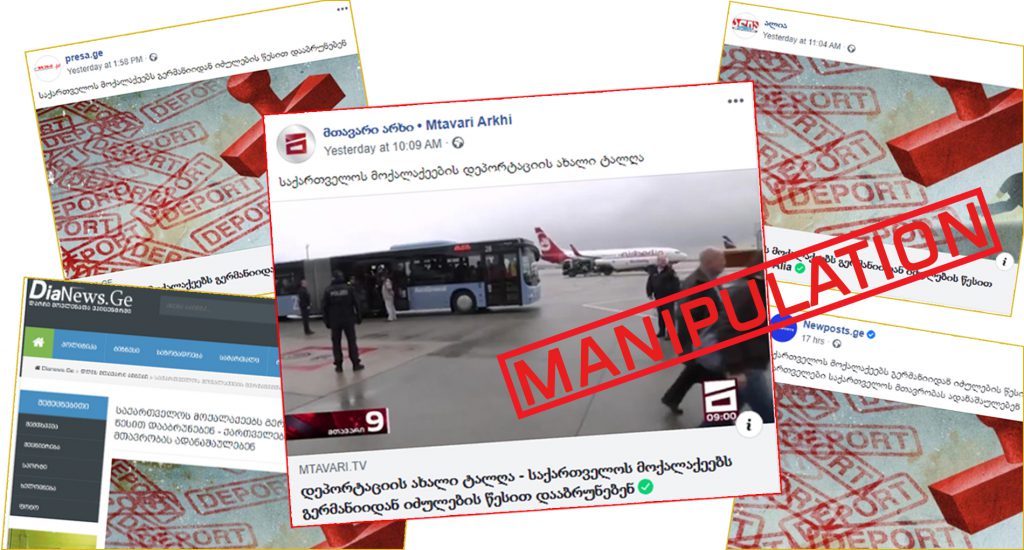 On May 20, Mtavari Arkhi TV program “Dilis Mtavari” aired a story “New wave of deportation – Georgian citizens will be forcibly returned from Germany.” The information was posted on both platforms of Mtavari Arkhi – its Facebook page and website. 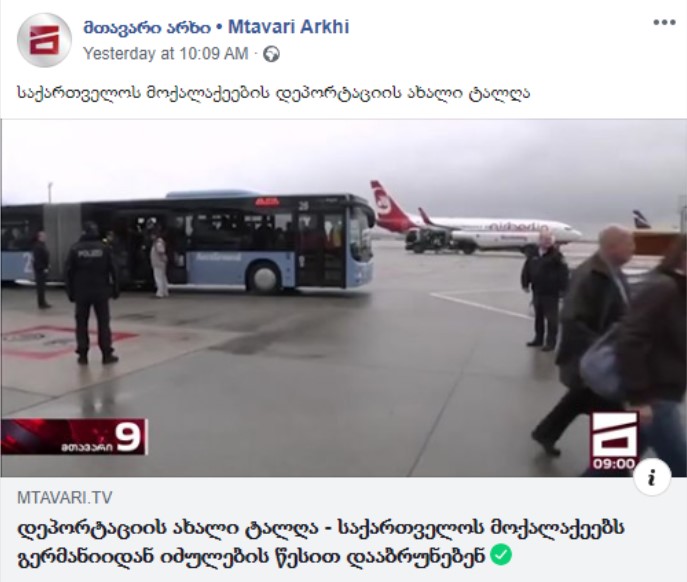 Later on the same day, several news websites( ალია,  Newpost.ge, presa.ge, Dianwes.ge) also spread a news story headlined “Georgian citizens will be forcibly returned from Germany.” Although none of them referred to the source of their information, the headlines and content of their news are almost identical to the story aired by Mtavari Arkhi.

Mtavari Arkhi and other news websites provide manipulative coverage, because their stories give way to assumptions that it is an act targeting specifically Georgian citizens. Furthermore, the news does not give a full picture of the situation. Particularly, it does not provide the position of the other side that would have shed light on the reasons of deportation. The Georgian Foreign Ministry’s press office told Myth Detector in a phone conversation that Georgian citizens staying in Germany illegally will be returned to their homeland under the readmission agreement between Georgia and the European Union.

To verify the information, Myth Detector reached out to the Georgian Foreign Ministry’s Press and Information Department. The latter ruled out any violent act and clarified that Georgian citizens would be returned under the readmission agreement. According to the same report, Georgian and German sides are cooperating within the framework of the readmission agreement, trying to return Georgian citizens residing in Germany illegally without any problems. The Department also noted that such measures are implemented within the framework of the agreement with the European Union over several years and they apply to emigrants residing illegally not only in Germany, but in all other EU member states as well.

The readmission agreement is an interstate agreement that clearly defines procedures to be applied in case of readmission of foreign nationals illegally staying in a foreign country to their homeland or a transit country through which they arrived in the country of destination. 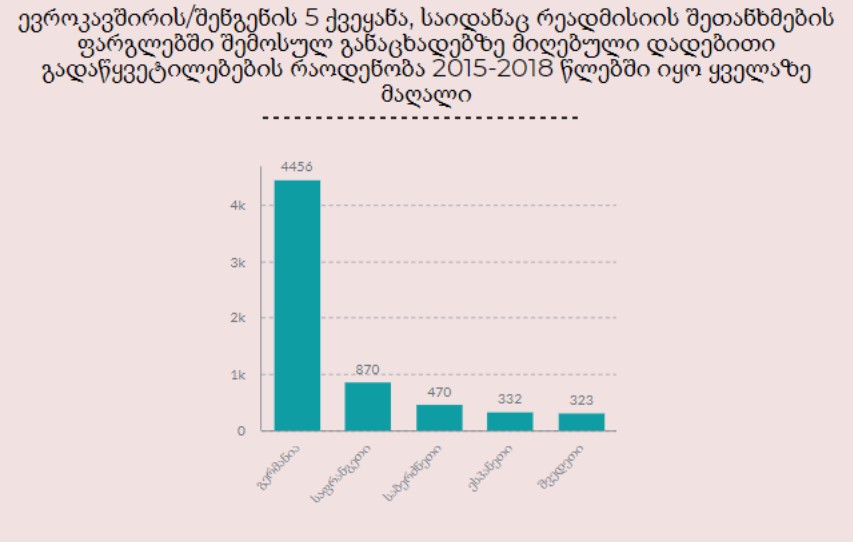 The story aired by Mtavari Arkhi is manipulative, because it gives way to assumptions that it is an act targeting specifically Georgian citizens. By focusing on Georgian emigrants’ grave condition, it tries to intensify emotions, while several objective circumstances are actually neglected. The story does not provide the position of the other side – in this particular case, the Georgian Foreign Ministry. Moreover, the story refers to unidentified sources only, with one of them claiming that President Salome Zourabichvili is allegedly behind the government’s decision.