Manipulation by Alt-Info and Breitbart about Santa Claus 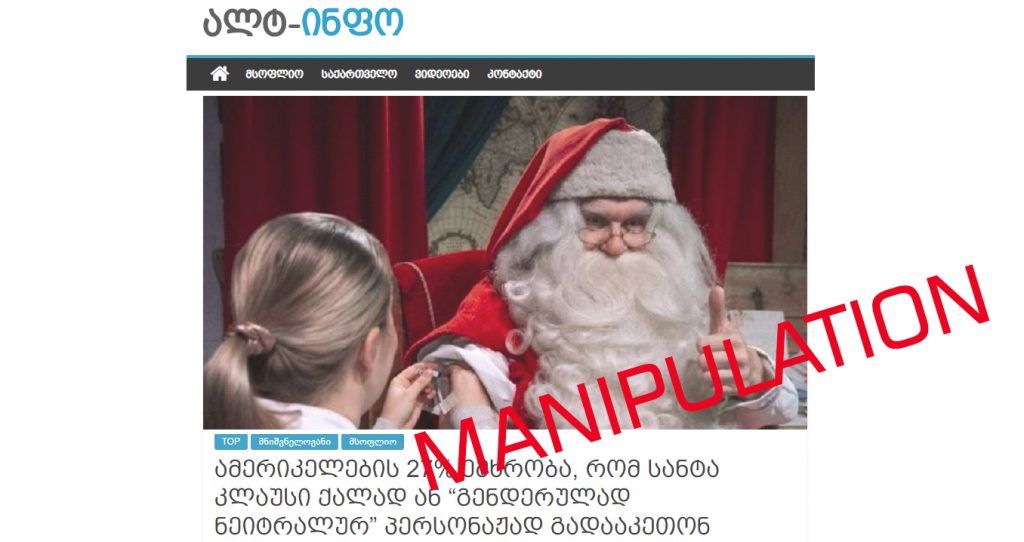 On December 17, 2018, an ultra-nationalist online edition Alt-Info disseminated a news article titled “Twenty-Seven Percent of Americans are for Transforming Santa-Claus to a Gender-Neutral Character”. Based on an article by Breitbart, Alt-Info claims that a survey carried out by Graphics Springs revealed that 10% of Americans are for re-branding Santa to a woman, while 17% would like him to become a gender-neutral character. 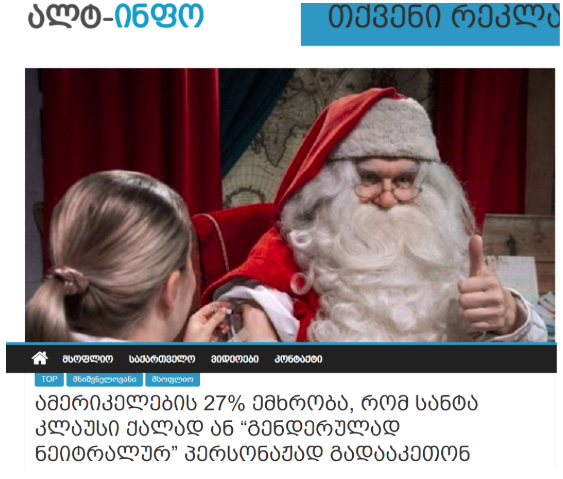 Information, disseminated by Alt-Info and the web-portal Breitbart is manipulative, as it reflects the opinion of 29% of only 514 internet respondents, not the entire population of the United States. The survey itself has been carried out in internet, which is non-representative, as compared to the traditional forms of surveying.

1. The question about Santa’s gender was answered by 514 Americans

The question of Graphics Springs – “If you could ‘rebrand’ Santa for modern society, what gender would he be” – was answered in the online-survey by 1,015 people. Out of them, only 514 live in the United States, with the remaining respondents being from the United Kingdom.

Therefore, the results of the survey represent the opinion of 29% of 514 Americans, not 27% of the entire US population, as Alt-Info and Breitbart claim.

2. The survey is non-representative, as it had been conducted via internet

Graphics Springs conducted the survey online, which is non-representative as compared to the traditional forms of surveying.

In addition, the survey has been carried out via Google surveys. “We used Google surveys and gathered responses during October and November 2018” – says the company’s website.

Google surveys is a free and simple online platform that allows everyone to create and conduct surveys. 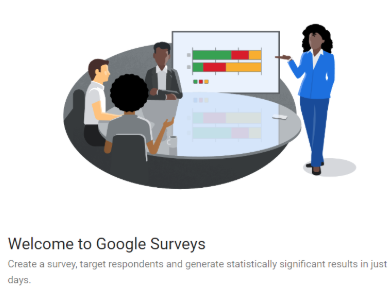 Neither Alt-Info, nor Breitbart mention the fact that Graphics Springs carried out the survey via internet.

The purpose of the survey

“We all imagine Santa as the bearded old man in his iconic white and red suit, black belt, matching boots and reindeer drawn sleigh. But what if Father Christmas was rebranded for today? We asked people how they would modernise Santa” – says the company’s website.

Apart from the question about gender, the survey included questions on whether Santa should have an iPhone, a tattoo, a flying car etc. 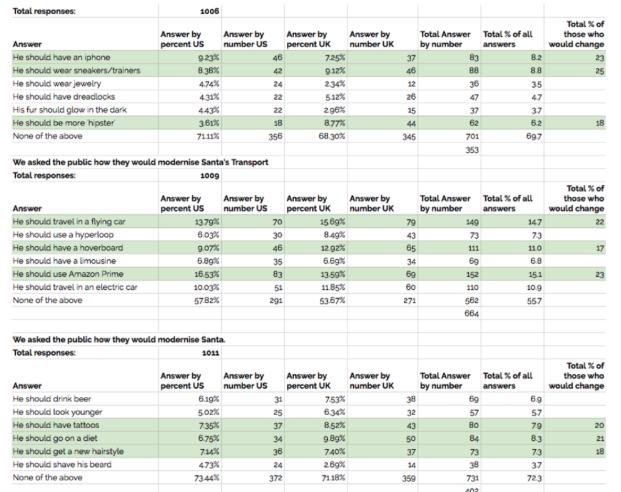 Based on the results of the survey, the company chose the following fun image for santa: 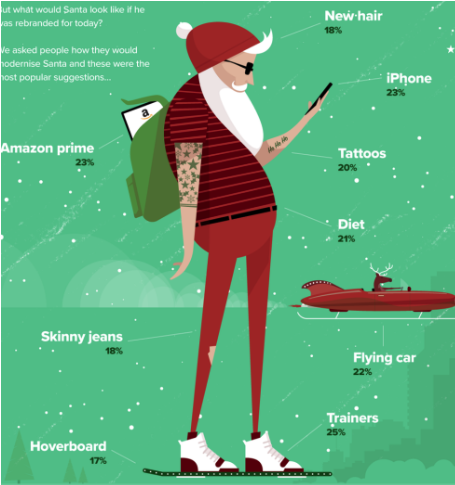