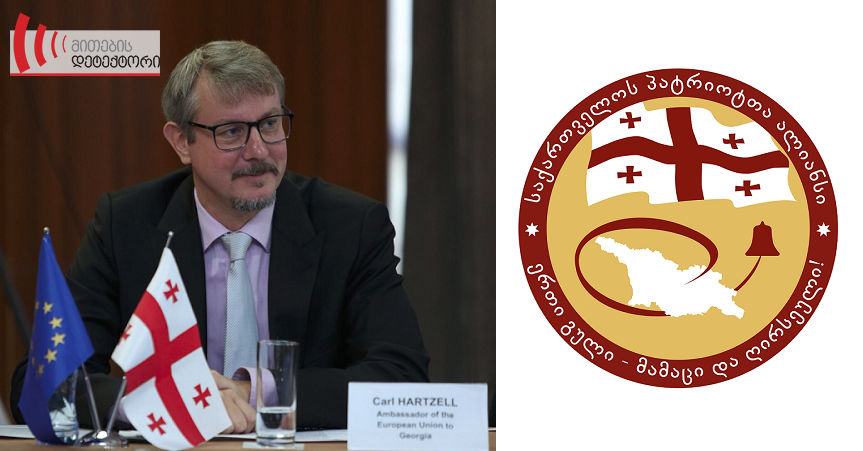 Giorgi Maglakelidze of the Alliance of Patriots party told Obieqtivi TV on October 19 that Ambassador of EU to Georgia, Carl Hartzell has categorically ruled out Georgia’s accession to the European Union.

Giorgi Maglakelidze, Alliance of Patriots: “You know that a new ambassador has been appointed… and he said directly that ‘we do not expect you in the European Union and you will not be accepted to the European Union’… He did not even give us any hope for the future.”

Giorgi Maglakelidze’s statement is manipulative, because Ambassador Hartzell only noted in his media engagement that Georgia was not ready to join EU today; so, it does not mean that he ruled out Georgia’s membership perspectives. It is worth noting that Georgia has fulfilled a part of its commitments undertaken by the Association Agreement that has been reflected in the latest report of the European Commission. 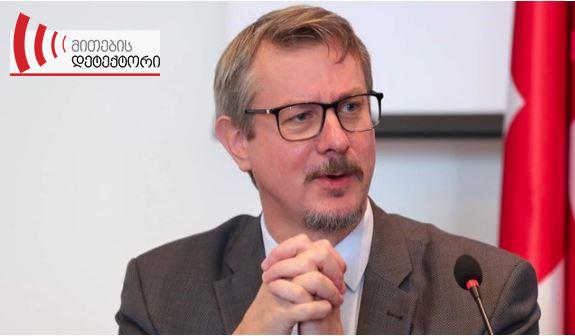 To verify the information the Myth Detector contacted the Delegation of the European Union to Georgia. They said that during his introductory meeting with the media, Ambassador Hartzell highlighted the enormous goodwill Georgia enjoyed in Brussels, including for the country’s success in implementing reforms under the Association Agreement/DCFTA. When asked whether he thought that Georgia was ready to join the EU today, the Ambassador said: ”If you ask me whether Georgia is ready to join the EU today, the answer will be no, it is not ready.”

Mr Hartzell went on to explain that apart from the fact that Georgia itself was not ready to meet the EU requirements today, there were currently different opinions between the EU Member States about EU enlargement and that the final outcome will depend both on developments within the EU and in Georgia. The Ambassador also stressed that despite these differences between the Member States, they were all united on one thing, which is to make every tool available for Georgia to get closer to the EU.

What membership criteria should a country meet to join the European Union?

The EU operates comprehensive approval procedures that ensure new members are admitted only when they can demonstrate they will be able to play their part fully as members, namely by:

The accession criteria, or Copenhagen criteria (after the European Council in Copenhagen in 1993 which defined them), are the essential conditions all candidate countries must satisfy to become a member state. These are: