Manipulation as if Google Bans Keyword “Christian” as Unacceptable 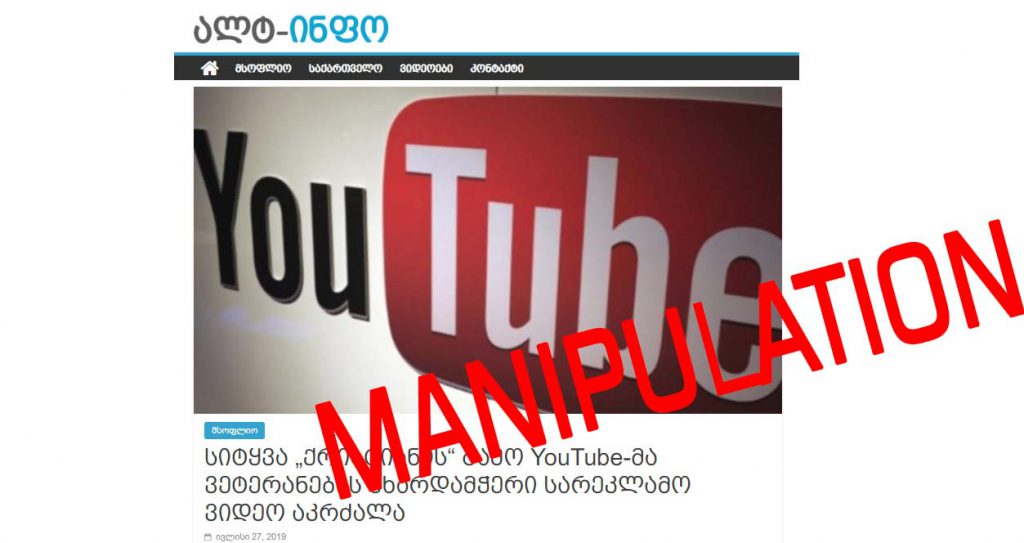 Alt-Info’s allegation as if the keyword “Christian” is an unacceptable content for Google is a manipulation. In fact, according to Google’s internal policy principles, religious belief in personalized advertising is not allowed. Thus, Google bans not the use of keyword denoting any religious group, but rather segregation and discrimination of people based on religion.

Google’s personalized advertising policy is built on three key principles, which should be observed when placing an ad targeting a particular group. These principles are:

The Mighty Oaks Foundation’s advertisement mentioned in Alt-Info’s article was just banned for violating the second principle “Identity and Belief,” because, according to Google principles, advertisers cannot target ads to one religious group only. In case of Mighty Oaks, the advertisers indicated only Christian users of YouTube as a target group. 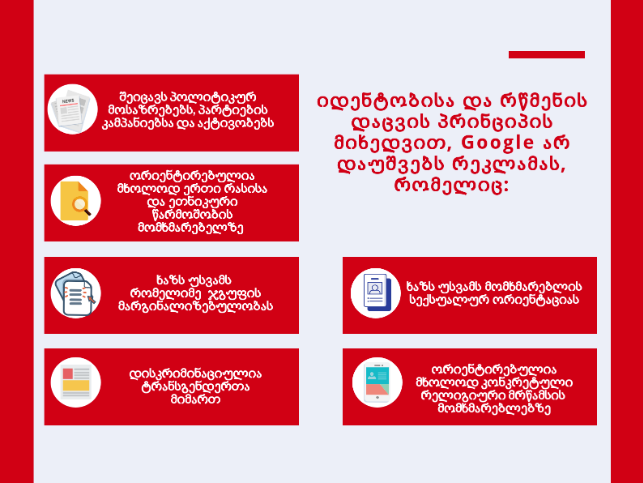 Google does not allow placing an ad, targeting only one, concrete racial or ethnic group. Moreover, it does not allow product ads associated with marginalization of users and oriented to a particular social group, such as services for migrants and refugees.

Alt-Info frequently spreads manipulative articles, providing information selectively, based on its own goals. This propaganda technique is known as “card stacking,” meaning that information is partially true, but it is offered selectively or essential information is omitted at all. The Myth Detector has verified a number of manipulations spread by Alt-Info with one of them related to the Muslim Mayor of London, claiming that increased crime rate was allegedly associated with his policy. This is not the first time Alt-Info targeted YouTube. Earlier, it claimed that YouTube wanted to remove a dislike button to promote liberal propaganda.

As for the source referred to by Alt-Info, according to MediaBias/FactCheck, the website LifeSiteNews was founded by the conservative lobbyist organization in Toronto in 1978 and it is still funded by it. LifeSiteNews is rated as far right biased based on story selection and manipulative articles.