Manipulation as if Crossing Oneself is Prohibited for Judokas 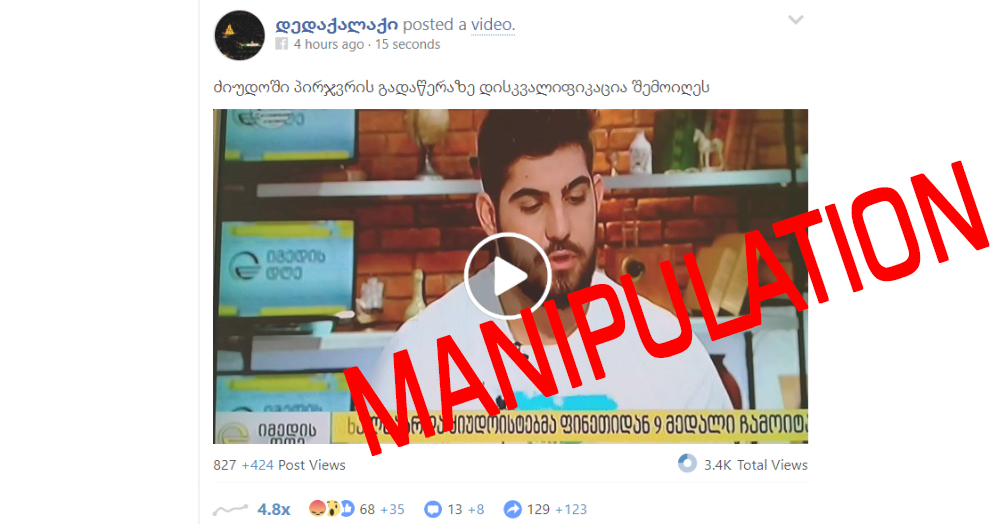 In the interview with Imedi TV on September 18, Georgian judoka, Gela Zaalishvili said that the rules have changed in judo and athletes may be disqualified for crossing themselves. Manipulations on this issue were spread on various pages, including on Facebook page “Dedakalaki” (Capital), and later shared by Erovneba-Kartveli (Nationality-Georgian). After a couple of hours, the above mentioned pages deleted both the video and the post.

Gela Zaalishvili: “The new rule has been introduced regarding the sign of the cross. Previously it was allowed to cross oneself after winning on the mat. But now, they will disqualify you.” 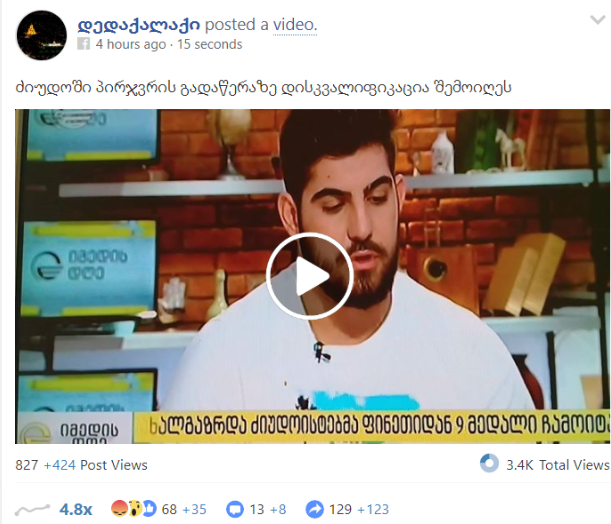 The allegations that the rules have changed in judo and crossing oneself has been prohibited represent manipulation, because according to Article 8 of the International Judo Federation’s Sport and Organization Rules, any demonstration with religious, political, personal or commercial connotation is prohibited and this rule has been in force for many years.

According to Article 8 of the International Judo Federation’s Sport and Organization Rules, any demonstration with religious, political, personal or commercial connotation is prohibited for all athletes. In addition, it is strictly prohibited for athletes on the podium to have a mobile phone (or similar device), national flags or similar items.

The Myth Detector communicated with the International Judo Federation’s Media & Communication Director, Nicolas Messner, who said that the rule applies not only to Christianity and the sign of the cross, but it applies to all religious rituals. In case of violation of this rule, an athlete will be warned rather than disqualified, he said, adding that if the violation reoccurs, the case will be transferred to the disciplinary committee; however, according to him, no such fact has taken place so far.

This is not the first time Judo becomes the target of manipulations on religious grounds. During the 2017 World Judo Championship, online portals Ipress.ge and Imedinews.ge, as well as Georgian tabloid Alia spread manipulation as if Georgian judoka, Nino Odzelashvili was defeated during the World Championship because of wearing a cross. In fact, Nino Odzelashvili was disqualified not for wearing a cross, but for violating the International Judo Federation’s rules, according to which “any head covering, watches, glasses, socks, jewelry and body piercings must be removed” for safety reasons.