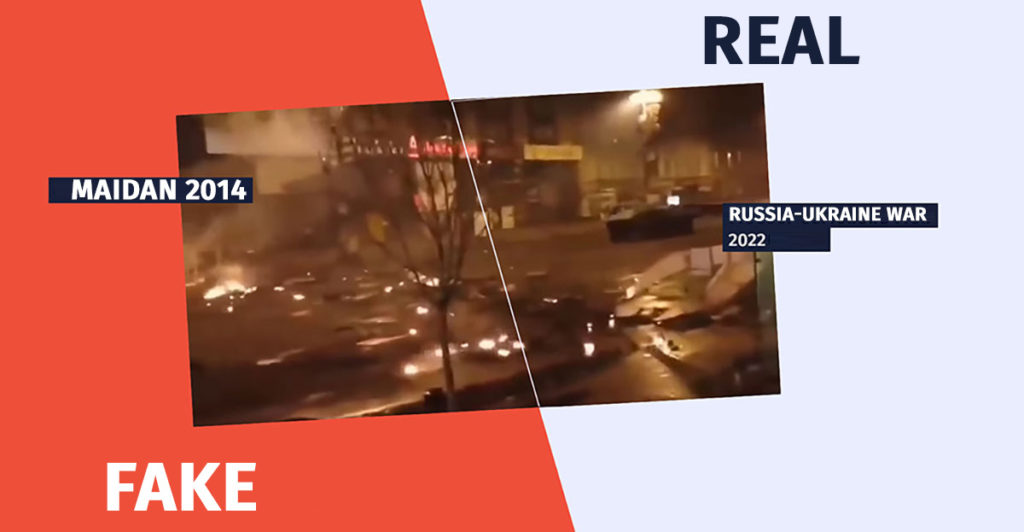 On February 26th, a video depicting a tank moving in the city streets getting attacked by the so-called “Molotov cocktails” went viral on Georgian social media. The video was shared by the users “Greg Ksiazek, Berdia Kalandia, Ієромонах Нектарій Мчедлідзе, politician Giorgi Baramidze and TV25. According to Greg Ksiazek, the video depicted the outskirts of Kyiv. The descriptions of Berdia Kalandia, TV25 and Giorgi Baramidze do not indicate the location of the incident, although the posts mention that this is the way how Ukrainians repel the Russian tanks. 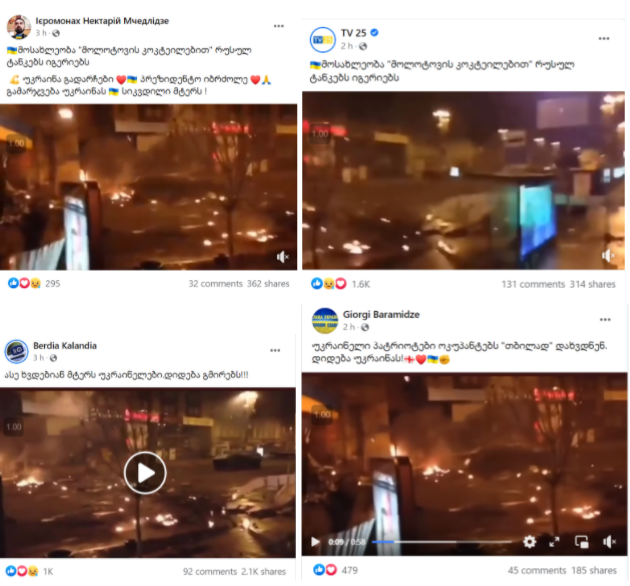 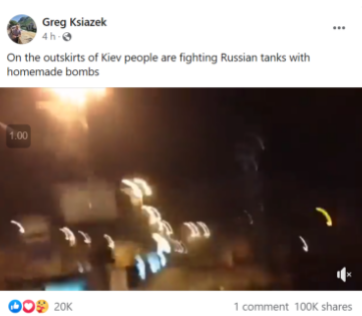 The video is being disseminated with an incorrect description. In fact, instead of 2022, the footage was taken during the Maidan events in 2014.

The video was actually recorded in 2014 and depicts the Maidan events in Kyiv. 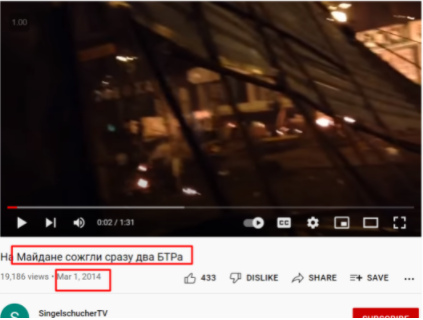 The same footage with an incorrect description was used during the large-scale protests in Kazakhstan in January 2022. 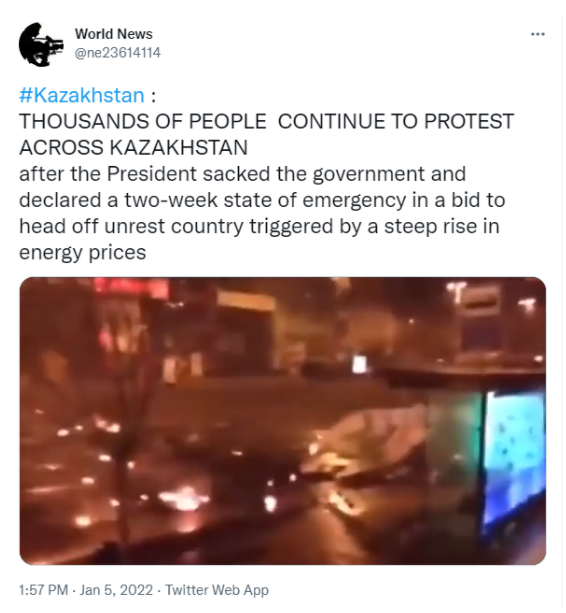 The footage was falsely attributed to the situation in Almaty. The information was then verified by the Kazakh outlet kyzylorda-news.kz.