Lugar Laboratory is Once Again Accused of Spreading Diseases, Now on the Occupied Territories 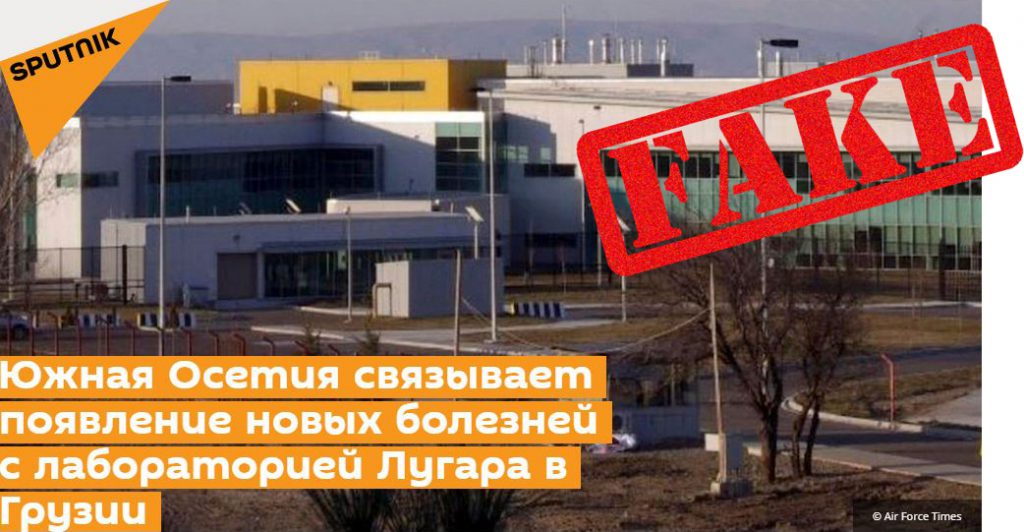 On August 6, Sputnik Ossetia published an interview with the Head of Veterinary and Phytosanitary Service, Alan Margiev, titled “South Ossetia Connects the New Diseases to the Lugar Laboratory in Georgia”. In his interview, Margiev claims that the activities of Richard Lugar Public Healthcare Research Center are to blame for the cases of African Swine Fever Virus (ASFV), nodular prurigo, and the brown marmorated stink bug in “South Ossetia”.

Alan Margiev, Head of Veterinary and Phytosanitary Service: “The lab started operating in 2011 and exactly since then the republic has experienced an explosion of ASFV, against which there is no vaccine, as of today. Last year, we had an explosion of nodular prurigo. This is a cattle’s disease that was recorded on the territory of the republic for the first time. Both Abkhazia and South Ossetia suffered from the brown marmorated stink bug invasion which has signs of genetical modification… We do not know what they are up to, they do not let anyone there (to Lugar Lab), however, we are seriously concerned. We feel that they are putting us under a serious threat. There are figures, showing that prior to the construction of this lab, we did not have these diseases.”

The claim that the diseases and pests were disseminated on the occupied territories from the Lugar Lab is false. For the diseases to spread from Lugar Laboratory to the territory of the so-called South Ossetia, the outbreaks of the disease should have first been recorded in Tbilisi, within the functionality area of the lab.

In fact, the first case of ASFV was recorded in Georgia several years before the launch of the lab – in 2007. As for nodular prurigo, it spread in entire Eastern Europe in 2016, with only four cases recorded in Georgia. As for the brown marmorated stink bug – its origin is South-East Asia, from where it first spread to Abkhazia and then to other regions of Georgia.

Nodular prurigo is a viral disease of cattle, characterized with rash. It can be fatal for cattle. According to the Food and Agriculture Organization of the United Nations, the disease actively spread in Eastern Europe, Mongolia, and Russia. It was in 2016 when the first cases of nodular prurigo in the history of Georgia were recorded in Racha, namely the four cases mentioned above. The reasons behind such a wide spread of the disease remain unknown, however, it should be noted that outbreaks of the disease were recorded in neighbor countries of Georgia, as well as some non-neighbor ones: Israel (2012), Turkey (2013), Azerbaijan (July 2014), Russia (July 2015), and Greece (August 2015).

It is also noteworthy that in 2016, several months prior to spreading in Georgia, from June 15 to July 3, fifty-seven new zones were recorded in some regions of Russia, namely in Chechnya, Kalmykia, Krasnodar Krai, Astrakhan, Volgograd, and Stavropol Krai.

Several preventive measures have been carried out on the Georgian-controlled territory and since 2016, no new cases of nodular prurigo have been recorded.

Lugar Lab is not responsible for the spread of the ASFV either. ASFV is an infectious disease progressing in an acute form that was first described in Kenya in 1921. According to the World Organization for Animal Health, the first case in Georgia was recorded back in 2007 (March-April) and soon it spread to the entire territory of the country. The source of ASFV came from countries of South-East Africa (Mozambique, Madagascar, Zambia). The disease probably spread from the meat and incorrectly used food remains retrieved from the ships transporting infected meat products.

As of 2016, ASFV was not recorded on the territory of Georgia.

It is not the first case when the Lugar Lab is accused of disseminating the brown marmorated stink bugs. The bug actually originates from South-East Asia. In the recent years, it was observed in Italy, where Russia purchased the inventory necessary for 2014 Sochi Olympics. This is how the parasite entered Abkhazia and the rest of Georgia in 2015. 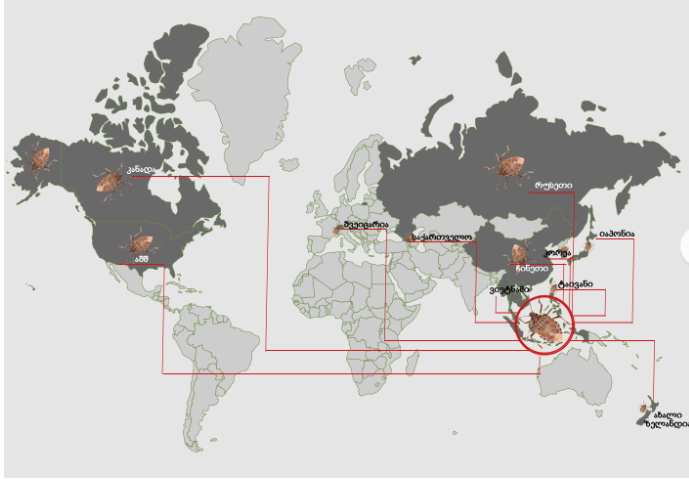 Origin and Spread of the Brown Marmorated Stink Bug

Richard Lugar Public Healthcare Research Center is a research laboratory based on National Center for Disease Control and Public Health of Georgia that has been operating since 2013.

The activities of the center include several directions: