Looting or Helping? – What does the Photo of the Ukrainian Servicemen Depict? 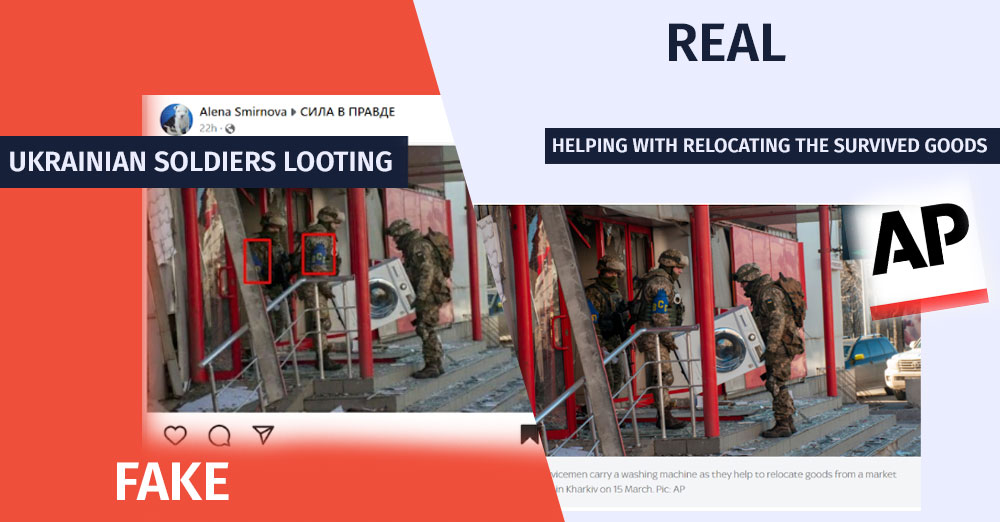 On April 17th, 2022, a Russian-language Facebook user, Alena Smirnova, posted a screenshot of an Instagram post in the Facebook group сила в правде with the description that Ukrainian soldiers are looting, stealing equipment, looting cities, and shooting civilians. The name of the initial source of information is blurred, and the description itself indicates that the photo shows soldiers of the Ukrainian Armed Forces. 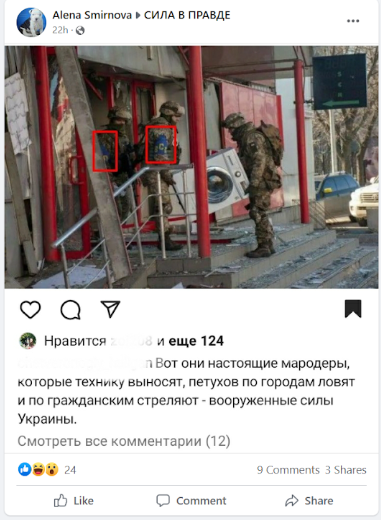 The claim that the photo depicts looting committed by the Ukrainian soldiers is disinformation. Instead of stealing equipment, in fact, the Ukrainian soldiers are helping the Kharkiv marketplace to relocate the equipment that survived the bombing. The photo was taken by a photographer of the Associated Press and was published on the AP webpage on March 16th.

The disseminated photo belongs to the news agency Associated Press. The article was published on March 16th and concerned the ongoing conflict between Russia and Ukraine. The article is accompanied by photos of the war. The description of the mentioned photo reads: “Ukrainian servicemen carry a washing machine as they help to relocate goods from a destroyed by shelling market in Kharkiv, Ukraine.” Kharkiv marketplace was bombed on March 15th. 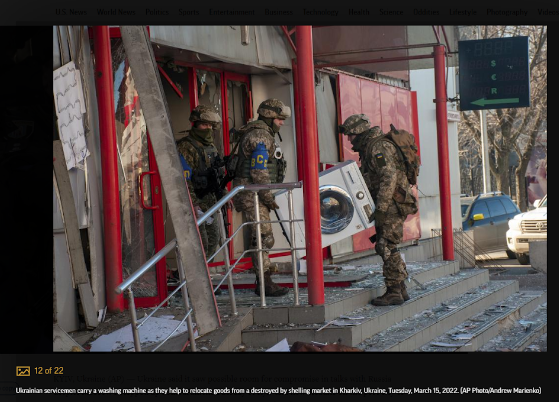 The photo with an authentic description was also published by the British edition  sky news on April 15th. Sky News article chronologically sorts photos of the war. Among them is a photo used in a Facebook post. 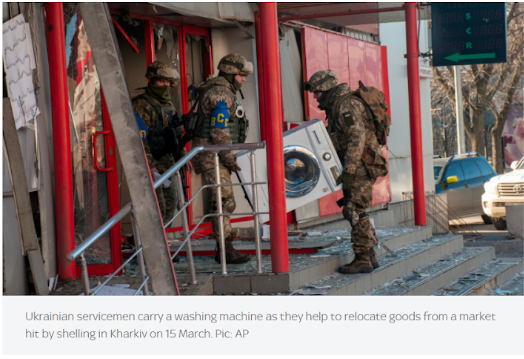 Notably, since the emergence of the war, Russian soldiers have been stealing equipment and various goods from Ukraine, sending them from Belarus to Russia. The Guardian article states that according to the Belarusian investigative media project Hajun, more than 128 packages – 3000 kg of cargo stolen by Russian soldiers in Ukraine – were sent from the Belarusian city of Mazyr to Rubtsovsk, Russia. The video was posted on YouTube on April 3rd. The video shows an office packed with boxes and plastic wraps, with people dressed in military uniforms packing various items in boxes and giving their personal information to a CDEK employee. The video shows that electric scooters, TVs, air conditioners and alcoholic beverages are packed in parcels. Hajun also published the details of the 16 soldiers who sent various parcels to Russia on April 2nd from the Belarusian city of Mazyr via the courier company CDEK. The publication «Зеркало»  contacted the CDEK office, which confirmed that the video indeed showed soldiers with Russian passports sending various parcels to Russia.

The same information was also voiced by the organization – Kharkiv Human Rights Group and the online outlet meduza. 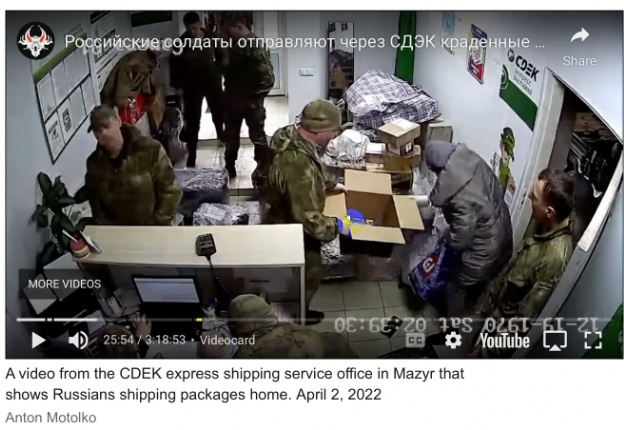