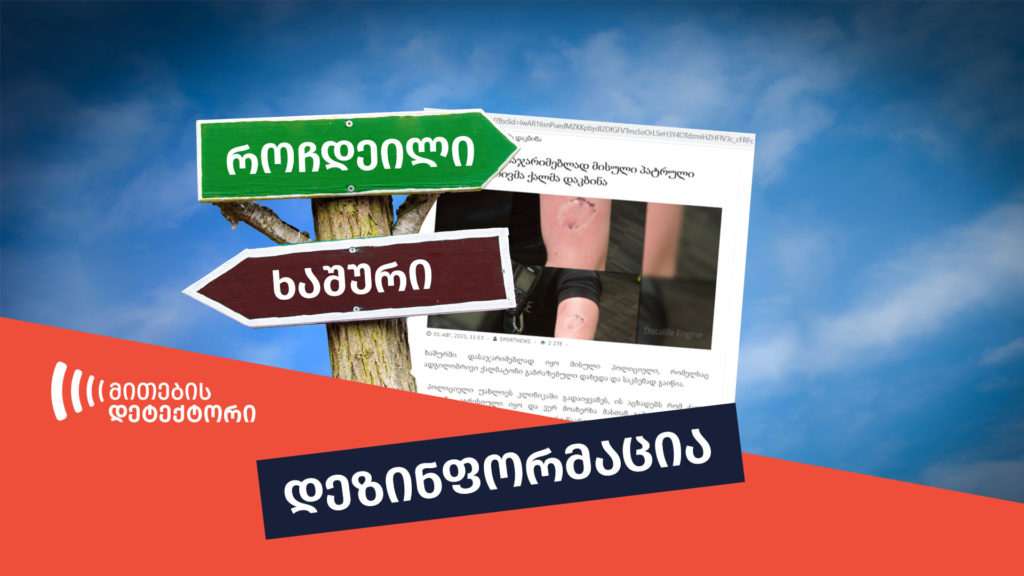 On August 24th, the sports outlet Sprt24.ge disseminated the information that in the Georgian town of Khashuri, the police officer attempting to fine a citizen was first deprived of the electroshock device and later bitten by a local woman. The article claimed that the police officer could not do anything in front of the attacker and had to be hospitalized because of the received injuries. The article is accompanied by a picture showcasing the bitten arm of the man.

Apart from Sport24.ge the same information appeared on the following clickbait websites in May 2020: netsport.ge, fbmediatv.com. 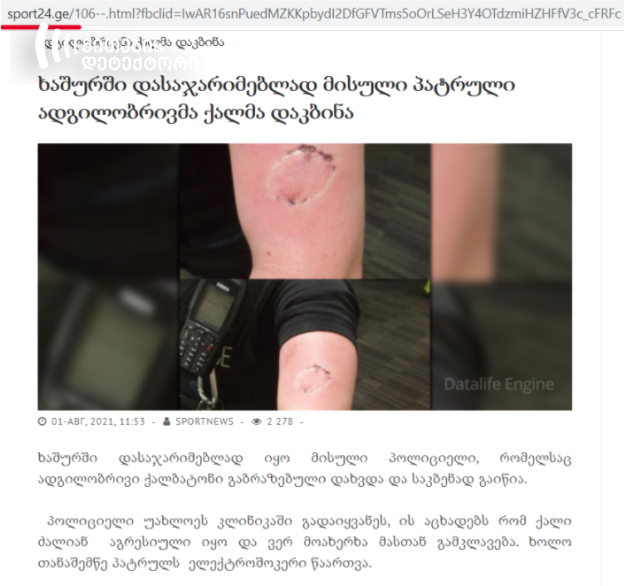 In reality, the incident occurred not in the Georgia town of Khashuri but in the British city of Rochdale, where a 21-year-old police officer was bitten by a man who was violating the coronavirus quarantine rules.

By checking the image through an image search tool, “Myth Detector” has revealed that the incident took place in Rochdale. The local Police arrested the 29-year-old man, who punched two officers and even bit one of them after they started explaining to him that he shouldn’t be visiting other people’s homes and causing the disturbance. The injured police officer was admitted to the hospital before being discharged to continue recovering at home. The Manchester police arrested the 29-year-old suspect for two counts of assault and one count of criminal damage. 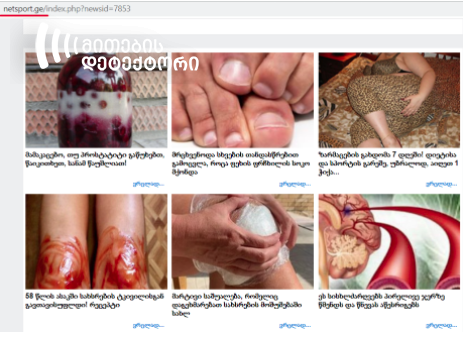 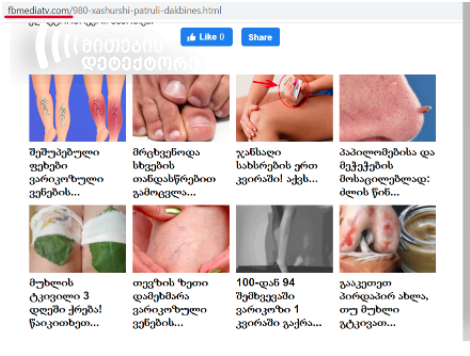 Sport24.ge mostly shares content relating to sports. The search results of Whois.com indicate that the IP address of the website is registered in Germany. 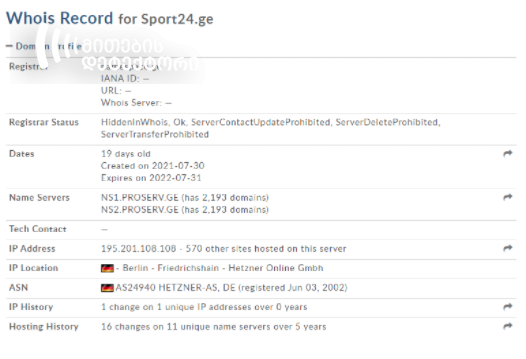 Clickbait website netsport.ge is registered in Germany, while fBmEdiAtv.com in Czech Republic.