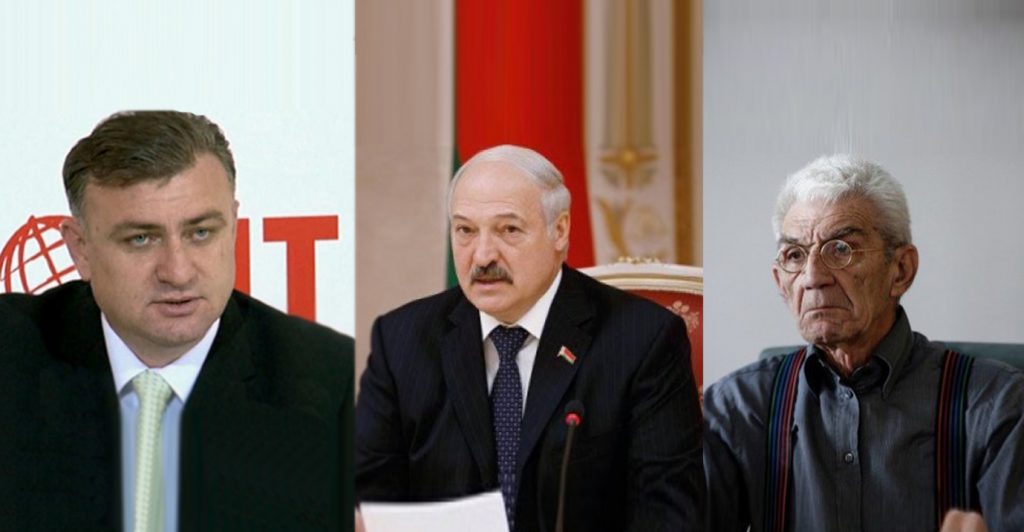 On 24 May 2018, news website Geworld.ge published an interview with Levan Chachua, leader of the ultra-nationalist political party Georgian Idea. The interview reviews the events of 17 May. According to Chachua, Georgia needs a “muzhik” (macho) leader like Alexander Lukashenko who expelled the US ambassador from the country because the latter requested Lukashenko to organise in Belarus a demonstration against Transphobia and Homophobia. In the same interview Chachua observed that a city mayor in Greece was physically assaulted for authorising a 17 May demonstration.

Levan Chachua’s claim that Alexander Lukashenko expelled US ambassador Karen Stewart for her request to hold an IDAHOT demonstration amounts to disinformation. In fact, the reason behind expelling the US ambassador from the country was a response to US imposed sanctions on the state owned oil-processing company of Belarus and the country’s president for undemocratic presidential elections. Regarding the Mayor of Thessaloniki, he was physically assaulted by Greek ultra-nationalists because the mayor had attended an event on genocide.

1. Lukashenko expelled the US ambassador in response to the sanctions on travel in Europe and the US that were imposed on the state owned oil-processing company and Lukashenko himself.

Belarus expelled the US ambassador after the Washington imposed restrictions on travel came into force for the President of Belarus. The decision was also prompted by the US sanctions imposed on the country’s state-controlled oil-processing and chemicals company.

The reason for the US imposed sanctions was the results of the presidential elections of 2006 in Belarus. International community’s assessment was that the election was in breach of international norms and was neither free nor fair. For this reason, the US and the EU imposed travel restrictions on 16 officials, including Alexander Lukashenko. Furthermore, financial sanctions were imposed on 16 companies owned by the state. In 2008, after the situation in terms of human rights protection worsened in Belarus, the US tightened the sanctions. In response to this, Lukashenko expelled the US ambassador and 30 American diplomats from Belarus.

2. The reason behind the attack carried out by Greek ultra-nationalists was Boutaris attending a genocide-related event

In fact, the 75-year-old Mayor has been physically abused on a gathering on May 19, which was devoted to the memory of the victims of genocide in 1913-1922. The fact that Boutaris appeared at the gathering, caused irritation of the Greek ultra-nationalists, as Boutaris stands out with ideas such as the reconciliation of FYROM and Turkey, praise of the founder of the modern Turkish state, Kemal Atatürk and an anti-nationalist agenda. The appearance of an anti-nationalist man at the event devoted to genocide became a reason for violence from ultra-nationalist groups, and the violence is not related to the support of the LGBT community at all.

About the Georgian Idea and Levan Chachua

Levan Chachua, leader of the Georgian Idea, took part, along with the Georgian March, in ultra-nationalist and homophobic demonstrations on 14-17 May. He was also actively involved in organising the so-called Georgian March in July 2017. Levan Chachua was a member of Orthodox Parents’ Union and was arrested in 2010 for extremist behavior in Kavkasia TV company when he, alongside other members of Orthodox Parents’ Union, burst into the studio during the live television broadcast and engaged in physical altercations. The Tbilisi City Court sentenced him to 4.5 years in prison. The newly elected parliament in 2012, released Levan Chachua with the status of political prisoner. On 16 December 2014, at a news conference held in the international press center of RIA Novosti in Tbilisi, the establishment of a new political party, Georgian Idea, was announced by the chairman of the party Levan Chachua. The political party ran for the 2016 parliamentary elections.