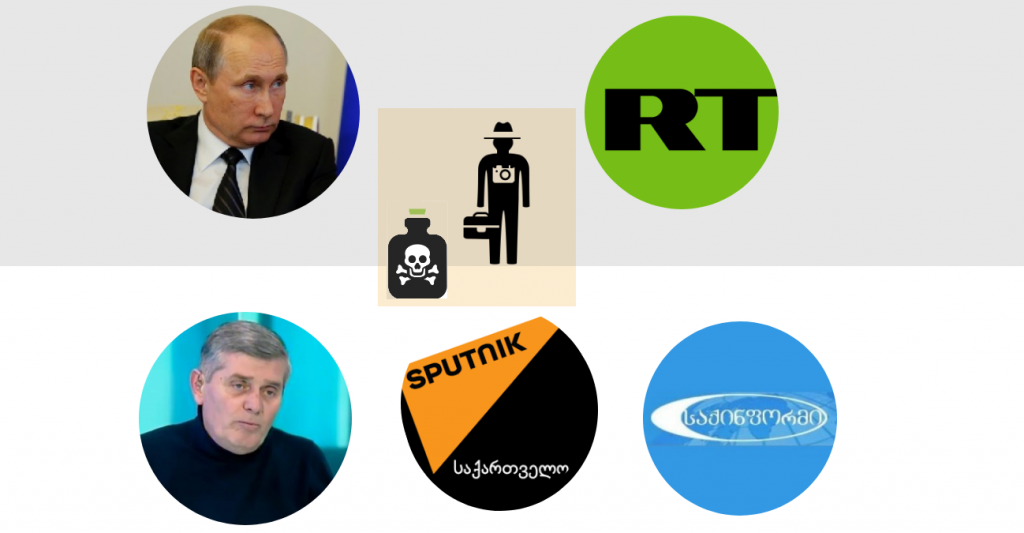 The position expressed by official Moscow and Russian pro-Kremlin media as if two Russian citizens, identified by Britain as suspects in the poisoning of Sergei Skripal, former Russian GRU officer, and his daughter, Yulia, are actually innocent was echoed by Georgian-language media outlets.

Sputnik-Georgia: “Russian citizens, Alexander Petrov and Ruslan Boshirov, who are the Skripal case suspects, denied having any poisonous substances in Great Britain. They spoke about it in the interviews with RT and Sputnik” (September 13).

Sakinform: “The Russian citizens categorically deny their involvement in the Salisbury incident and express hope that the British side will find real perpetrators” (September 14).

Davit Akubardia, Spektri: “Quite recently, Russia Today aired the story about those two guys… This poor Theresa May [British PM] does not feel okay; two guys were shown, allegedly GRU agents. They appeared to be businessmen traveling as tourists and the interview with those allegedly GRU agents was aired.”

British investigation unveiled new details on the poisoning of Skripals, saying that the two suspects were Russian citizens. The two men identified as Alexander Petrov and Ruslan Boshirov arrived in London on March 2; over the course of two days, they traveled from London to Salisbury, where the Skripals were found poisoned. Their passports show links to the Russian Defense Ministry. Russian media tries to portray the suspects as civilians and tourists. The suspects’ claims in the interview with RT that they were businessmen and arrived in Salisbury as tourists do not coincide with investigative reports of Bellingcat, The Insider and British investigation team that arouses reasonable doubts about the reasons of the two men’s trip and their links to the Russian Defense Ministry.

Bellingcat and The Insider conducted investigation into the case and released a relevant report on September 14. On September 5, British Prime Minister Theresa May made an official statement on the results of investigation into the Skripal case, saying that the two Russian nationals named and charged over the Novichok poisoning of Sergei and Yulia Skripal in Salisbury have been identified as officers from Russia’s military intelligence.

Russian President Vladimir Putin ruled out any links of Russia or the suspects to the Skripal case.

Vladimir Putin: “We obviously looked at who these people are. We found them. Of course, they are civilians… They will appear soon, I hope, and tell you everything themselves. It will be better for everyone.”

A day later, on September 13, the suspects were interviewed by RT, where they claimed that “our friends had been suggesting for a long time that we visit this wonderful town [Salisbury].”

Russian media messages on the issue had been changed for several times.