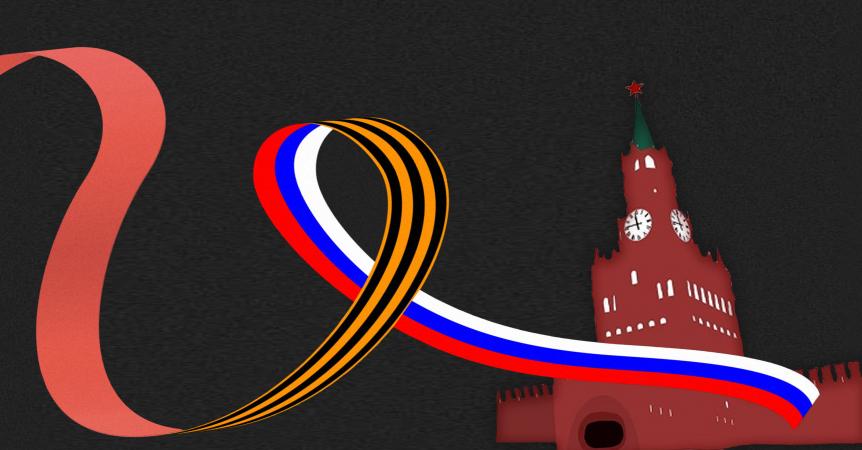 Each post-Soviet country looks at the Soviet past in a different way. Some choose the path of re-thinking, while others prefer to idealize it, as this way they do not have to leave their comfort zone or form a new identity.

Re-thinking the Soviet past has never gone beyond non-governmental organizations and interested researchers. Therefore, the wider public has never begun the discussion on either the memory politics and re-assessment of values or the existing, real facts. Under such circumstances, it is easy to make the public believe Kremlin’s versions of some historical events.

The main problem is exactly the lack of awareness. Kremlin and the powers spreading its messages in Georgia are always ready to offer their version of the Soviet past. Most often, Poland, Estonia, Lithuania, and Latvia are targeted by the Kremlin, as all four of these countries have begun analyzing and studying the actions of the Soviet Union with approaches different from Moscow and a reality-oriented vision.

For the Kremlin, history is a means for achieving political goals, not an academic discipline. A recent study by Stockholm Free World Forum titled “Controlling the Past: History and National Security in Russia” claims that the ruling elite in Russia uses history as a tool for legitimization on a domestic arena and for framing its behavior on international arena. History has become a policy that has consequences both at home and abroad.

The Kremlin started 2020 with re-writing the chapter on Polish occupation in the Soviet past. January 17 marked the 75-year-anniversary from the Red Army occupying Warsaw. To “honor” the date, Moscow “exposed” Poland in re-writing history and emphasized that, despite its will, the Red Army could not have interfered in the 1944 anti-Nazi uprising in Warsaw.

The Kremlin’s attempts to clear the Soviet marks in Poland, as well as Lithuania, Latvia, and Estonia represent yet another example of its attitude towards history. However, the Kremlin’s main goal is to strengthen the icon of brilliant victory over the Nazi Germany in the Great Patriotic War and obtain autonomy over the collective memory of the War in the post-Soviet space.

Georgian media also shows tendencies of history revision. Editor-in-Chief of Saqinform, Arno Khidirbegishvili, commented the developments around Poland and, while citing Aleksandre Chachia – a publisher of a pro-Kremlin media outlet Georgia and the World – stated:

“Aleksandre Chachia is raising the alarm on the unacceptability of falsifying history (…) About a decade ago, none of us understood the danger of all this, until we got to the point of Poland, Ukraine, Lithuania, Latvia, and Estonia disgracing graves of hero warriors. They are nationalists that ban Russian language and idolize [Stepan] Bandera.”

Arno Khidirbegishvili was reiterating the Kremlin’s narrative not only in relation to the Eastern European countries, but with regards to May 9. On this day, he acknowledged with sadness that “after 75 years, many of us do not deserve the great victory for which we paid a terrible price in the shape of tens of millions of lives of our fathers and grandfathers, grandmothers and mothers!” The same statement also mentions that due to various negative influences, the feeling of being proud of the Georgian generalissimo (Stalin) and his great victory has waned.

The movement in the framework of the Kremlin’s project “Immortal Regiment” aims to restore this feeling of pride and consolidate the former Soviet countries around the collective historical memory. Since 2017, the movement has organized three rallies in Georgia.

“Immortal Regiment” initially did not have any connection with the Kremlin’s methods of shaping history. It used to be an initiative by two friends who united thousands of people to remember the family members they lost in the World War II. However, the idea turned out to be attractive for consolidating the public around the collective Soviet memory, greatly illustrated by Vladimir Putin’s 2017 statement:

Vladimir Putin: “[Immortal Regiment] has an immense potential of international cooperation, protecting the historical truth and the collective memory, for rapprochement of nations and strengthening the bilateral trust.”

These words clearly point out the Kremlin’s will to influence and unite the former member countries of the Soviet Union around the collective historical memory – something that is seen differently in the Baltic countries, Poland, Georgia, and other countries. It is symbolic that the World War II is a Great Patriotic War for Russia – a term that disregards the role of the allies in defeating Nazism. Books and textbooks about the Great Patriotic War simply do not mention the 1939 non-aggression pact between the USSR and the Nazi Germany. Russia, the legal successor of the USSR, does not even take responsibility for the ties with the Nazi Germany.

The “Immortal Regiment”, after turning into a political weapon in the hands of the Kremlin, has served the identical mission. The best way of strengthening the Russian influence in the post-Soviet countries is to appeal to the collective past and uniting around the historical memory. The tragedy of war is the best means towards the latter goal. Interestingly, under this process, labelling those who would like to re-think the past becomes simpler. The people who do not conform to the Kremlin’s narratives on history automatically become deniers of the memory of the ancestors and their sacrifices.

In accordance with all requirements of the Kremlin’s historiographers, Georgia and the World labels “the Forest Brothers”, the group fighting against the Soviet occupation in the Baltic countries, as “scoundrels”. The edition did not miss out on the Polish resistance movement either. Both of these groups are showcased as Nazi allies in various articles by Geworld. However, it is interesting, who does Georgia and the World cite when reiterating the Kremlin’s narratives regarding the Soviet past of the countries of the Eastern Europe and the memory of the World War II. Yaakov Kedmi is a political scientist who interviews often appear on the websites of this online media outlet.

It should not come as a surprise that this person frequents Russian political TV shows and justifies the actions of Russian in Syria. Kedmi’s opinions on the World War II often appear in the Russian media as well. He mostly voices pro-Kremlin narratives and notes that the actions of the allied nations in the World War II were determined by their fear towards the strength of Russia.

It is also important that except the attitudes towards history, Saqinform and Georgia and the World converge in another context as well. According to the profiles of media outlets, prepared by the Myth Detector, Saqinform’s domain is registered on Taras Gagnidze’s name, who, as mentioned earlier, is the owner of Georgia and the World. Besides writing about the actions of the Soviet Union in the Eastern Europe and the memory of the World War II, both these editions disseminate various types of disinformation, sometimes in a coordinated manner.

Unfortunately, it is too early to make conclusions about the Georgian feedback on the Kremlin’s methods of re-writing history and its consequences. However, it is important to understand that nowadays, the discussions on the past with the aim of filling the informational vacuum are less frequent in the wider public. This refers not only to the occupation of the countries of the Eastern Europe or the World War II, but the information on our country’s recent history. Therefore, it is necessary to have research, discussions, and information campaigns in this direction, as anyone may become a victim of the Kremlin’s propaganda without re-thinking history.