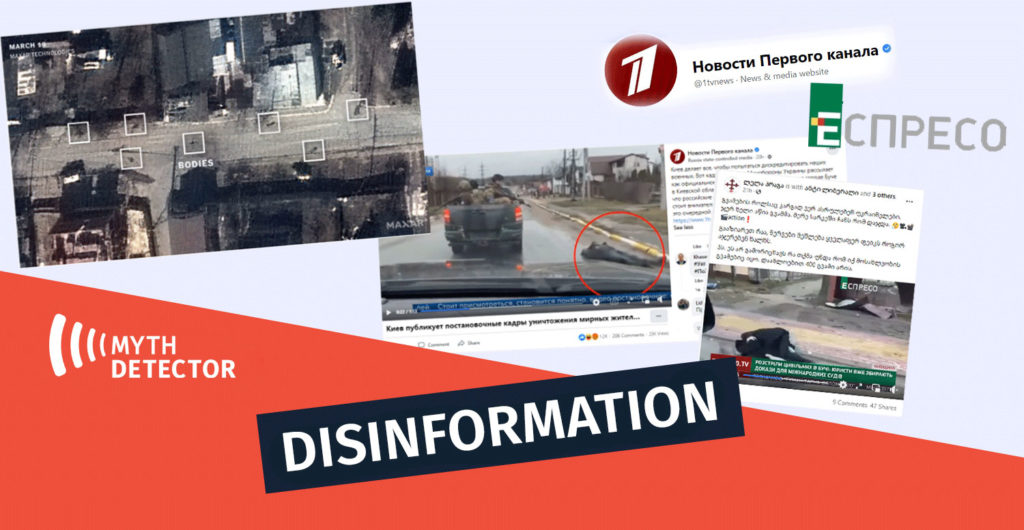 On April 2nd, up to 280 dead bodies were found buried in mass graves in the liberated Ukrainian city of Bucha. The information was reported to AFP by the city’s mayor – Anatoliy Fedoruk. In addition, AFP reporters found at least 20 bodies in civilian clothes on one of the streets of  Bucha.

The Ukrainian Ministry of Defense posted a video showing the bodies found in the streets of Bucha on Twitter on April 3rd. 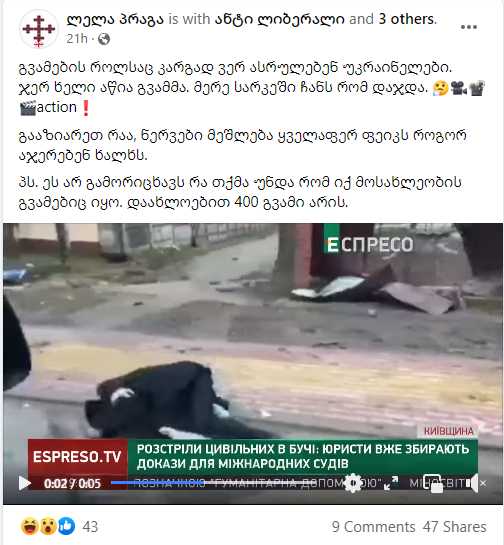 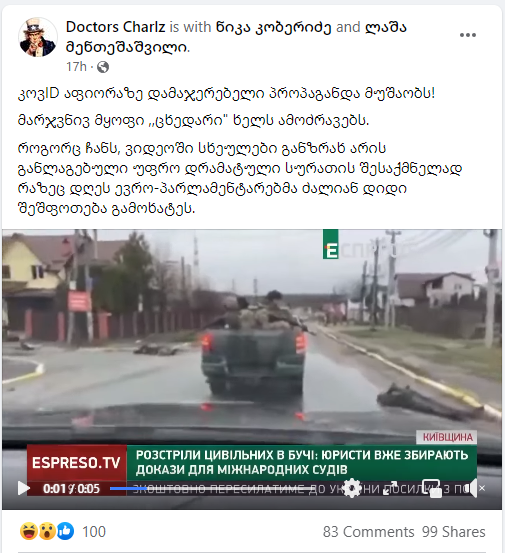 Russia’s Defense Ministry has denied all allegations of killing civilians. A statement issued by the ministry on April 3rd states that all the photos and videos were provocative and “staged by the Kyiv regime for the Western media.”

On April 3rd, the Facebook page of the Russian First Channel “Новости Первого канала” published a story according to which footage of the city of Bucha, where people were found dead on the street, was staged. According to the anchor, one “seemingly dead” person moves his hand while the other tries to stand up after fulfilling its role. Georgian Facebook profiles “Lela Praga,” “Giorgi Davitadze”, “Karo Sani,” “Tsikara Kolkhi,” and “Doctors Charlz” also published identical shots.

On April 4th, several other stories related to the topic were aired on Russia’s First Channel, according to which the Russian military left Bucha on March 30th, after talks in Istanbul. The footage of the people killed in the street was published by the Ukrainian side on April 2nd. The pro-Russian MP, Illia Kyva, also calls the footage staged. The identical information was voiced by the Russian government-controlled outlet Ria.ru and several Georgian Facebook profiles (1, 2, 3).

The claim that the Ukrainian side staged the footage of civilians killed by Russian soldiers in Bucha is disinformation. The footage clearly shows that the corpse does not move its hand, and this “movement” is actually a stain on the windshield of the car, the other victim does not stand up, but his reflection moves along the movement of the car. In addition, New York Times satellite footage from three weeks ago shows the corpses of civilians in Bucha, the period when the city was under Russian control.

The fact that the footage of the citizens killed in Bucha has not been staged can be confirmed by the photos of Bucha taken by a satellite published by The New York Times. Satellite footage shows that civilians were killed more than three weeks ago, at a time when the city was under Russian control.

As the outlet writes, corpses can be seen on Yablonska Street in Bucha on March 9-11th. Their layout is the same as seen in footage released by the Ukrainian military after the city returned on April 1st.

The disinformation about the staging of the Bucha Massacre was also verified by the local Ukrainian fact-checking organization StopFake.

The video used as an argument to show that the people killed in Bucha are actually actors, and one of them even moves its hand, was initially released by lawyer Ilya Novikov. His video has better quality than the one uploaded in the previous disinformative posts. Novikov’s video clearly shows that the murdered man does not move his hand; in fact, this “movement” is a white spot on the car’s windshield (presumably a drop of water). 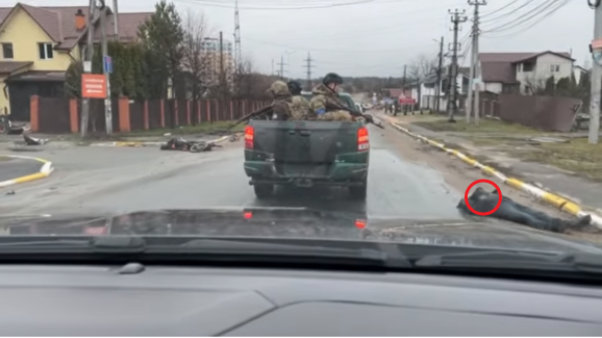 Water droplets and small white spots on the windshield can be seen in different sections of the video. 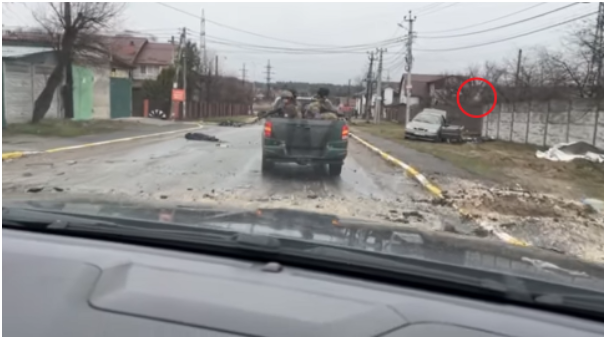 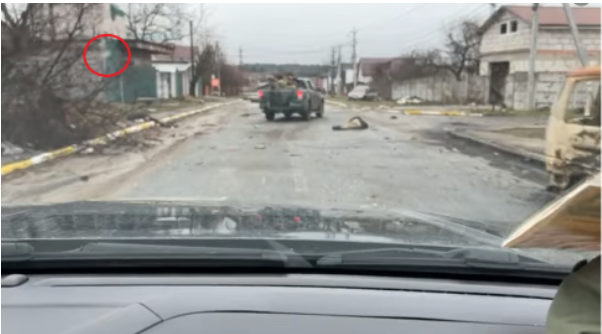 The anchor of Russia’s First Channel also says that one of the “supposedly dead” stands up. According to the story, it can be seen in the small window on the right. In fact, with the car’s movement, it moves away from the corpse, and the reflection in the window looks different; it does not mean that the corpse is moving. 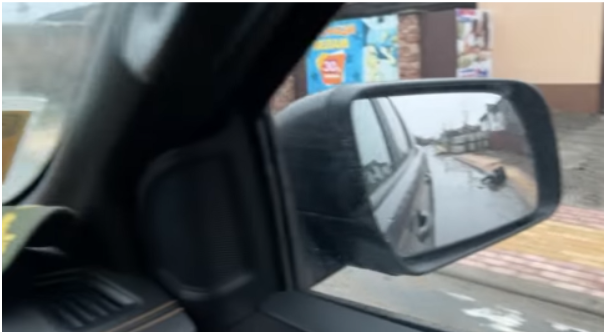 About the Georgian Sources

Notably, the Russian disinformation about the Bucha Massacre was shared by Georgian Facebook users, some of which (Lela Praga,” “Giorgi Davitadze”, “Karo Sani,” “Tsikara Kolkhi,” and “Doctors Charlz”) belong to the anti-liberal, anti-vaxx movements. These profiles have been disseminating disinformation about Ukraine in the past as well.

It is essential to underscore that before the emergence of the war in Ukraine, anti-vaxxers have started disseminating Kremlin-sponsored conspiracy theories and disinformation about Volodymir Zelenskyy. For more, see the article by “Myth Detector:”