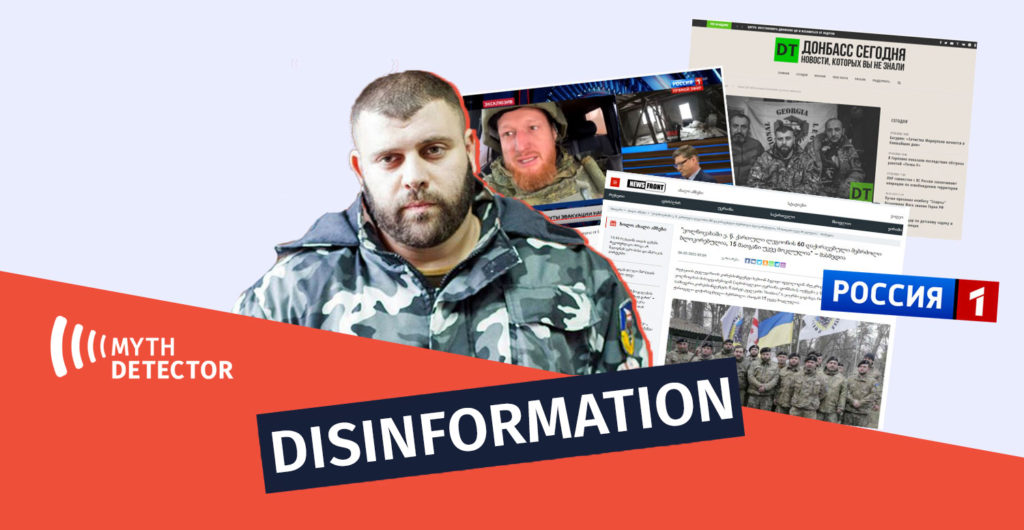 Information about the alleged elimination of members of the Georgian Legion in Ukraine was disseminated by the local pro-Kremlin outlet News-front. 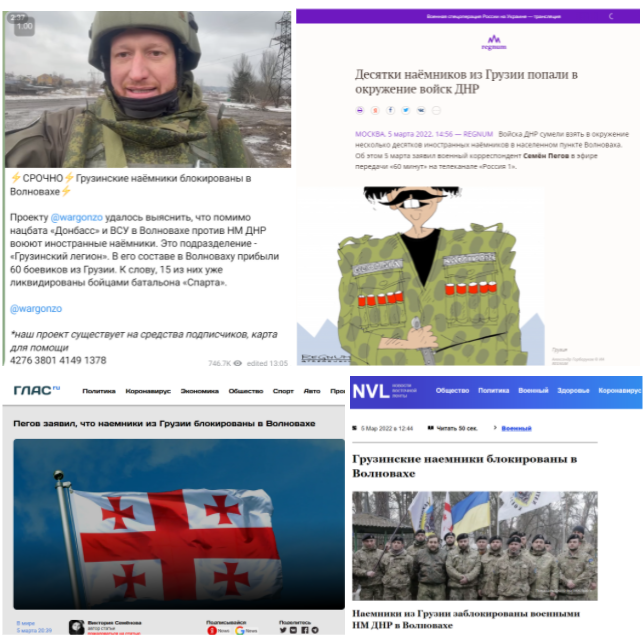 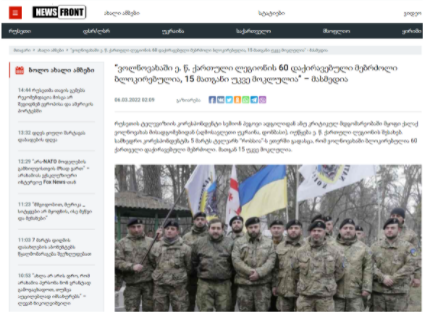 The information about the alleged death of 15 members of the Georgian Legion fighting in Ukraine cannot be found in the official Ukrainian sources. Mamuka Mamulashvili, the commander of the Legion, also denied the rumours in a comment with “Myth Detector.”

In a comment with “Myth Detector,” Mamuka Mamulashvili, commander of the Georgian Legion fighting in Ukraine, denied claims that 15 members of the Legion’s were killed by the battalion of the self-proclaimed “People’s Republic of Donetsk.”

On March 6th, Mamuka Mamulashvili posted an excerpt from the broadcast of Russia’s First Channel on his personal Facebook account. In the video, Pegov talks about the liquidation of members of the Georgian Legion. In the description, Mamulashvili called the participants of the program idiots. 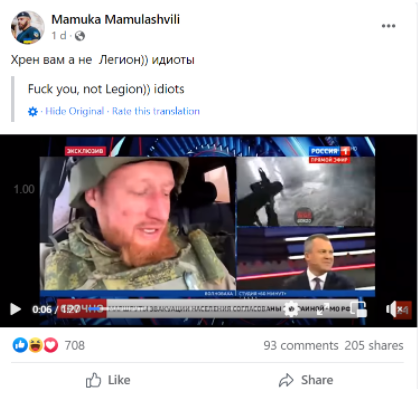 According to the Ukrainian side, on March 5th, Russian troops in the city of Volnovakha prevented the evacuation of civilians and began bombing the city. Only 400 people were evacuated from the city. According to the Kremlin, Vladimir Jog, commander of the battalion “Sparta”, was killed in the battles in Volnovakha. After his death, Putin awarded him the Hero of the Russian Federation award.