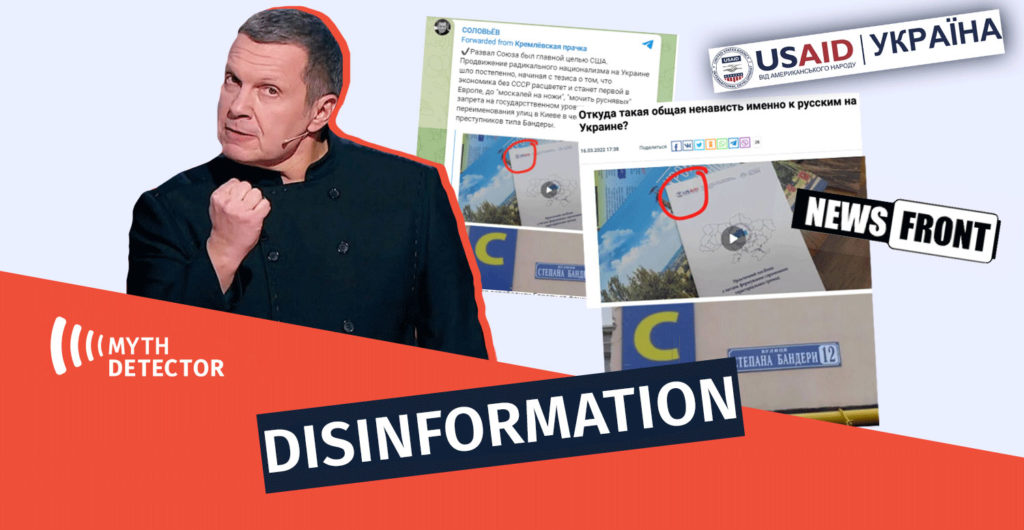 On March 15th, the Facebook user “Irakli Vladimeris-dze Zakareishvili” published a post claiming that USAID-funded agitation materials intended to incite nationalism and hatred against Russians were found in Kherson. Attached to the post is a photo of a Ukrainian-language document with the USAID logo and a street sign titled “Stepan Bandera Str.” 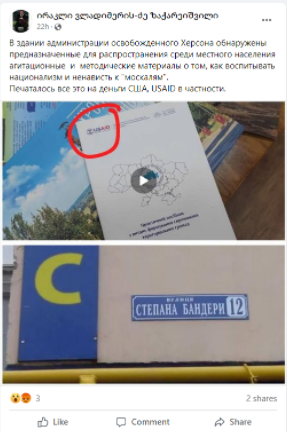 Citing the telegram channel “Харьков Z,” the Kremlin’s propaganda platform “News-Front.info,” published an identical article with the following headline: “Where does such a general hatred towards the Russians in Ukraine come from?” The article develops the idea that hatred towards Russians is encouraged by America and, in particular, by USAID. A similar telegram post was published by a Western-sanctioned Russian journalist, “Russia 1” host Vladimir Solovyov. 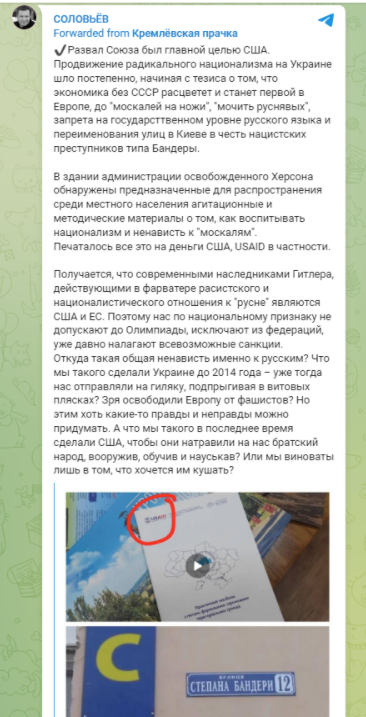 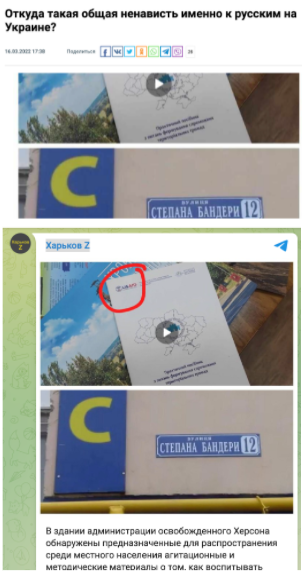 The disseminated photo collage is manipulative, while the claim that USAID is financing nationalism and hatred of Russians in Ukraine is false. The aforementioned document is a visual guide to empowering local communities in Ukraine. Not to mention, the Street of Stepan Bandera is not located in Kherson at all, although there are several streets named after Bandera in Ukraine.

According to the post, the United States, through the United States Agency for International Development (USAID), is funding nationalism and hatred of Russians in Ukraine. The post’s author uses a photo of the document with the USAID logo as an illustration.

This document, in fact, is a practical guide prepared within the framework of the USAID Dialogue Project. 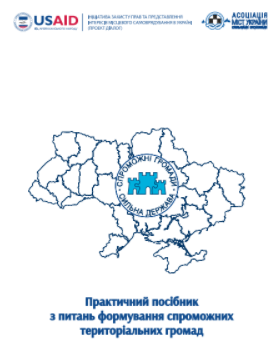 Project “Dialogue” was launched in Ukraine in 2015. Its precondition was the reform for local self-government and territorial organizations adopted by the Government of Ukraine in 2014, which aimed to create new “united local communities” to strengthen public services and democratic institutions.

The goal of the USAID project was to assist the Ukrainian government in bringing the reform into line with the European Charter of Local Self-Government. According to the final report of the self-government project, the project “Dialogue” helped the Government of Ukraine to create 159 “United Local Communities”.

The United States Agency for International Development (USAID) has been operating in Ukraine since 1992 and has established a bilateral agreement on humanitarian, economic and technical cooperation.

According to the post’s author, USAID documents were found in the city of Kherson, and in the attached photo, we see a street sign with the inscription “Stepan Bandera Street”.

There are several Stepan Bandera streets in Ukraine, although none of them is located in Kherson. 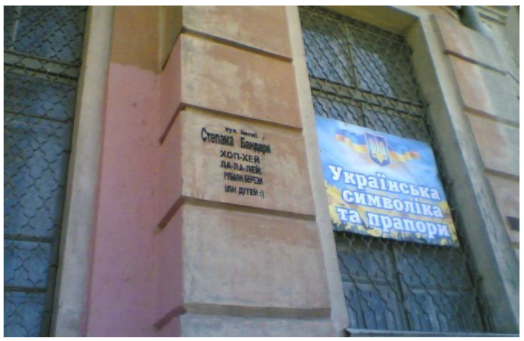 It should be noted that in 2014, a small group of activists in Kherson arbitrarily changed the sign of one of the streets to “Stepan Bandera”, although the name of the street was never changed officially.