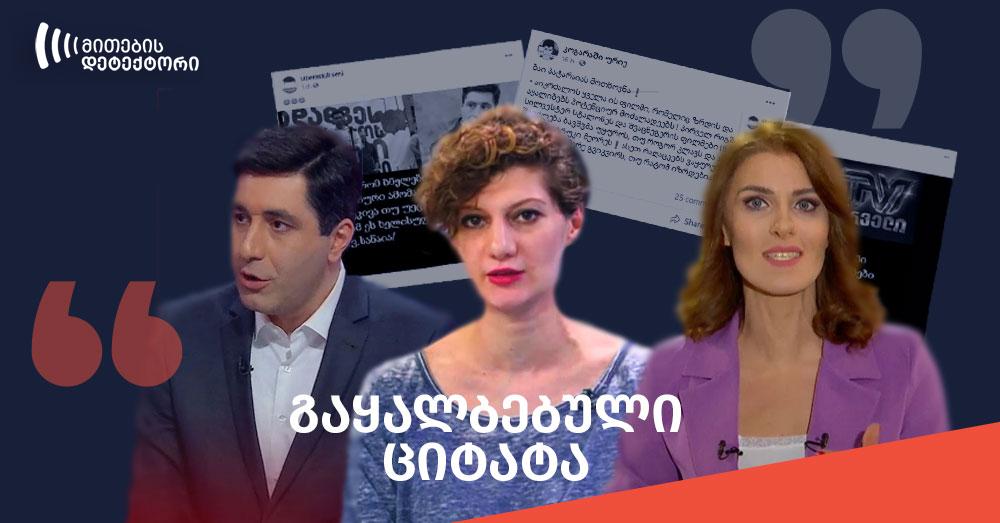 Georgian social network accommodates a number of quotes shared in the name of journalists and civil activists. On July 10th, the Facebook page “Liberastuli seni” published a quote, which was ascribed to Maia Mamulashvili, and claimed that homophobes sent by ‘Putinist groups’ had bitten children. Two days later, on July 12th, the same page shared another quote of Vakho Sanaia, as if the journalist claimed that he was attacked, kicked, and if he dies unexpectedly, this would be staged by the government.

On July 14th, a Facebook user named “Kogarashi Urie” published the demand of Baia Pataraia, where the activist requests banning films shaping potential oppressors. According to the demand, especially films involving Sylvester Stallone and Arnold Schwarzenegger have to be banned. 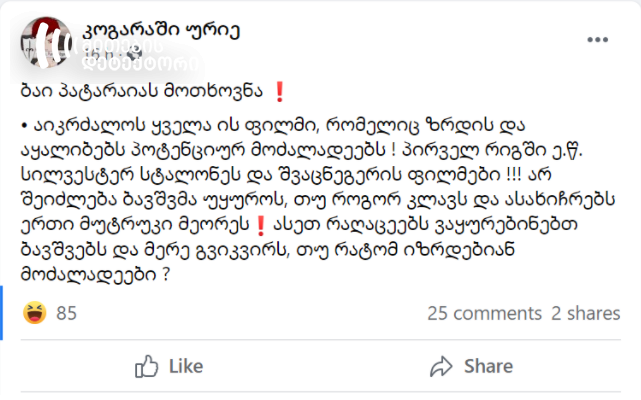 The quotes shared by Liberaluri seni and Kogarashi Urie are fabricated. In reality, the journalist and the rights-defendant have never made statements of similar content.

No open source indicates that either Mamulashvili and Sanaia or Pataraia made such comments.

The Fabricated quote of Vakho Sanaia appeared on social media only after the announcement of the death of Aleksandre Lashkarava – a TV cameraman heavily beaten by the violent groups on July 5th. Vakho Sanaia was actively making statements regarding the death of Lashkarava and the inaction of the Georgian government both on his Facebook page and live during the protest held on July 11th. Nonetheless, he has never mentioned anything about him being attacked. Sanaia and his family were indeed attacked on February 25th by several people, where they were physically and verbally assaulted. Sanaia received a face injury back then; however, he never claimed that the government would stage his sudden death.

The Facebook page “Liberastuli seni” was created on May 21st, 2019 and is managed by one administrator from Greece. 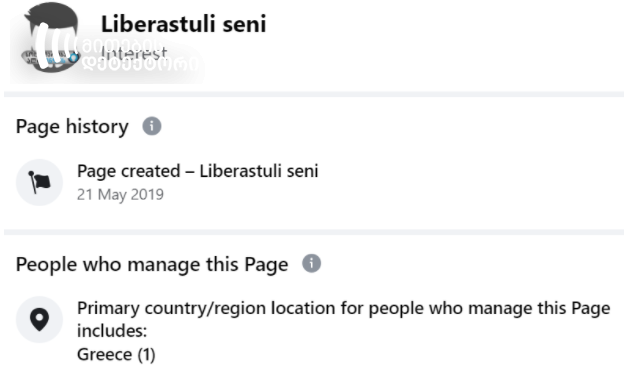 After the Public Ombudsman was not allowed to enter the children’s shelter in Ninotsminda, followed by the protest of the civil society, the page of “Liberastuli Seni” posted an image, which includes the pictures of several TV Channels, the Public Ombudsman, politicians, and George Soros and declares them as “the Union of Ungodly Fighters.” 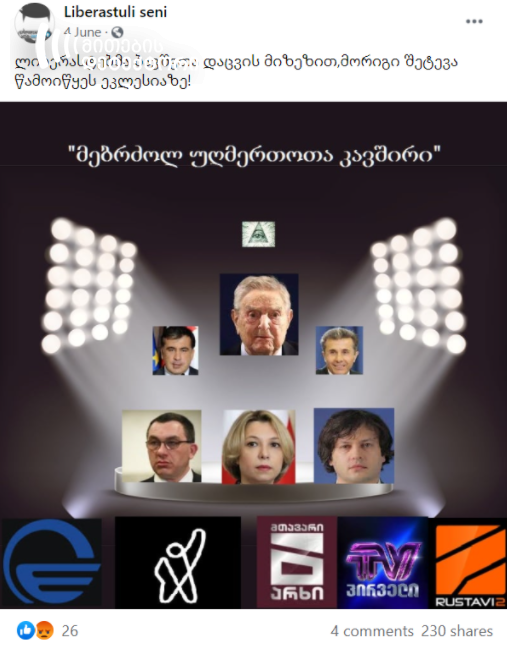 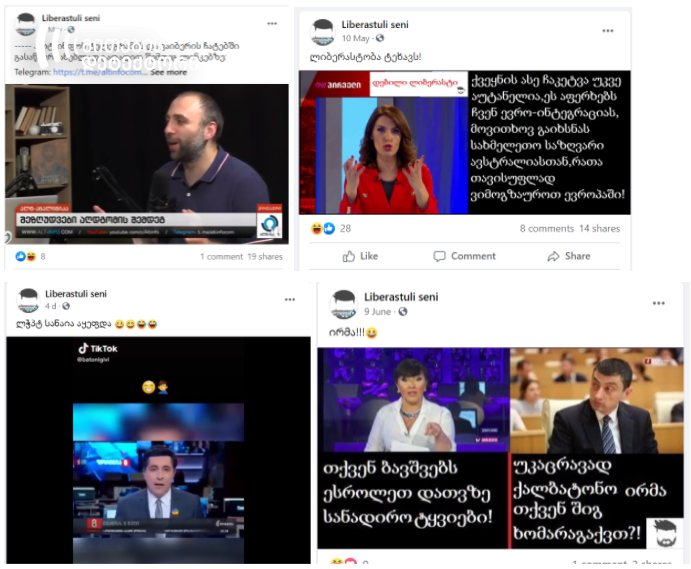 As for the Facebook account “Kogarashi Urie,” shortly after the establishment of the party “Unity, Essence, Hope” by Levan Vasadze on May 23rd, 2021, the account also got active. The account shared its first profile and cover pictures on the same day. The account does not include any image to identify the person managing i 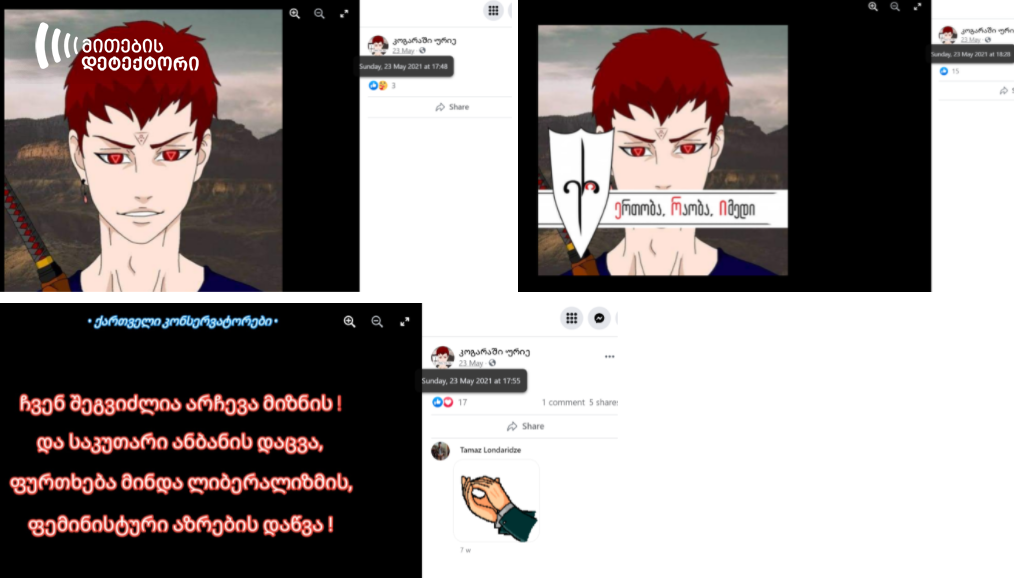 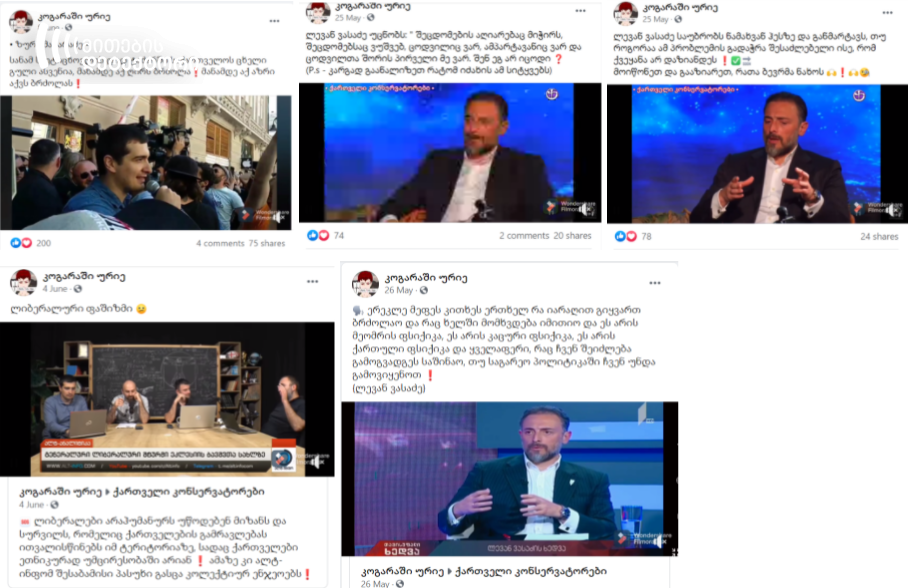 Kogarashi Urie is one of the admins of “Georgian Conservatives,” created on May 20th, 2021.