Key stages of the Russian expansion Pro-Kremlin and Ethno-Nationalist media often cites Russia’s input in the development of Georgia as a counterbalance against the background of the integration of Georgia into the West. For instance, an Asaval-Dasavali journalist claims that Russia “opened a way” to Georgia, while the visa liberalization with the EU endangers the existence of Georgian identity.

Dito Chubinidze, journalist: “Indeed, from overall perspective, Georgians benefitted from the “opening” of road towards Russia not a long time ago, while the European visa liberalization, against the background of these traders being in the government, might cause the disappearance of Georgian identity!” Asaval-Dasavali, February 6-12

Myth Detector offers factual materials concerning the key stages of the Russian expansion in Georgia, including the Soviet occupation of 1921 political repressions and the colonial policy of Russia directed against Georgian Church.

At the night between February 11 and 12, 1921, a “revolt”, branded by Soviet propaganda as “Revolt of Georgian Workers”, broke out in Russian villages of Borchalo uyezd. On February 12, military actions between Georgia and Russia took start and the 11th Red Army of Russia intruded to Georgia. On February 25, they conquered Tbilisi without having to fight. Sergo Orjonikidze notified Vladimir Lenin via telegram:

Georgian junkers, young militaries aged 20-23, greatly confronted Russian 11th Army. Cadets of the Junker School were requesting to get engaged in the military actions since the day the war broke out. 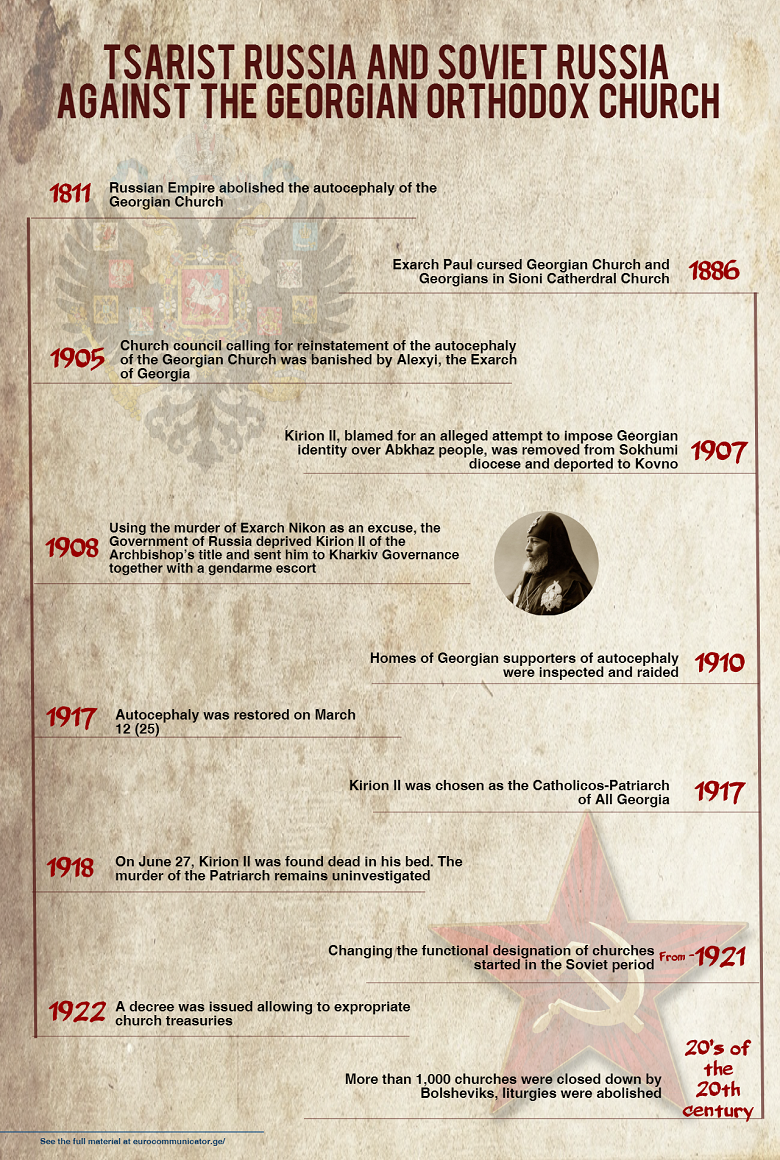