Jondi Baghaturia Claims that the Soviet Union was Heading towards NATO 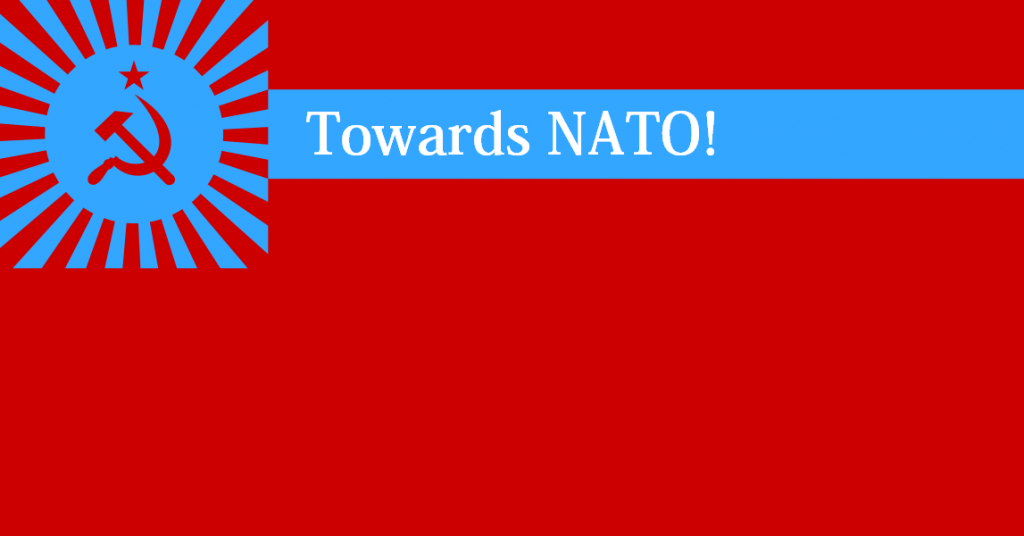 The leader of the Georgian Troupe (Qartuli Dasi), Jondi Baghaturia, stated on air at TV Obiektivi on March 1, 2017, that Georgia has been engaged in conflict with Russia for 30 years due to North Atlantic Treaty Organization.

Georgia gained independence 27 years ago, in 1991, while it officially expressed the will to join NATO only in 2002, as manifested by the statement of then President Eduard Shevardnadze on NATO Prague Summit 16 years ago. Georgia was still a part of the Soviet Union 30 years ago, therefore, it could not have a dialogue about integration with NATO 30 years ago. The desire to integrate with the alliance was declared in 2002, that is – 10 years after the start of the War in Abkhazia.

Official talks about integrating with NATO began in 2002. In 2002, due to the involvement of Russia in the conflicts, Georgia had already lost control over Abkhazia and Tskhinvali for nine years.

Russia’s physical involvement in the 1992-1993 war in Abkhazia is confirmed by a number of facts. The Russian Supreme Soviet increasingly backed Abkhazia. Human Rights Watch (HRW) said in its March 1995 report that the conflict in Abkhazia was heightened by the involvement of Russia, mostly on the Abkhaz side. According to the same report, Russian arms found their way into Abkhaz hands, while Russian planes bombed civilian targets in Georgian-controlled territory.

Shortly after the conflict began, mercenaries from the North Caucasus arrived to back Abkhazians, while the border between Abkhazia and Russia fell under control of Russian troops. Already in October Eduard Shevardnadze openly accused Russia of intervening in the conflict, noting that Georgian units were bombed from armaments that were not available to Abkhazia in that period. In March 1993 Georgian forces succeeded in downing a Su-27 fighter-bomber and its pilot was identified as a major in the Russian air force.

As for Tskhinvali Region Moscow used this issue as a lever against the Georgian government. Russia’s involvement in the processes became obvious from May 1992, following intensified attacks between the conflicting sides. Speaker of the Russian parliament, Ruslan Khasbulatov and Vice-President Aleksandr Rutskoi made harsh statements against the Georgian government, using terminology defining the South Ossetians as Russian citizens, saying that Russia would spare no efforts to defend its “own citizens.”

Three weeks after Khasbulatov’s statement, an interim peace agreement was reached as a result of which the Georgian government lost control over the Tskhinvali Region and Russian troops were deployed at the administrative border.

2. In 1990s, Russia was cooperating with NATO itself

Georgia could not have been in conflict with Russia due to NATO for 30 years also because after the dissolution of the Soviet Union, Russia itself was cooperating with NATO.

NRC meetings were temporarily halted due to Russia’s intervention in Georgia in 2008, while due to 2014 Russia-Ukraine conflict and the annexation of Crimea by Russia, all practical communication was terminated between NATO and Russia.