Joke of the Week: Four-Day Working Week According to Stalin 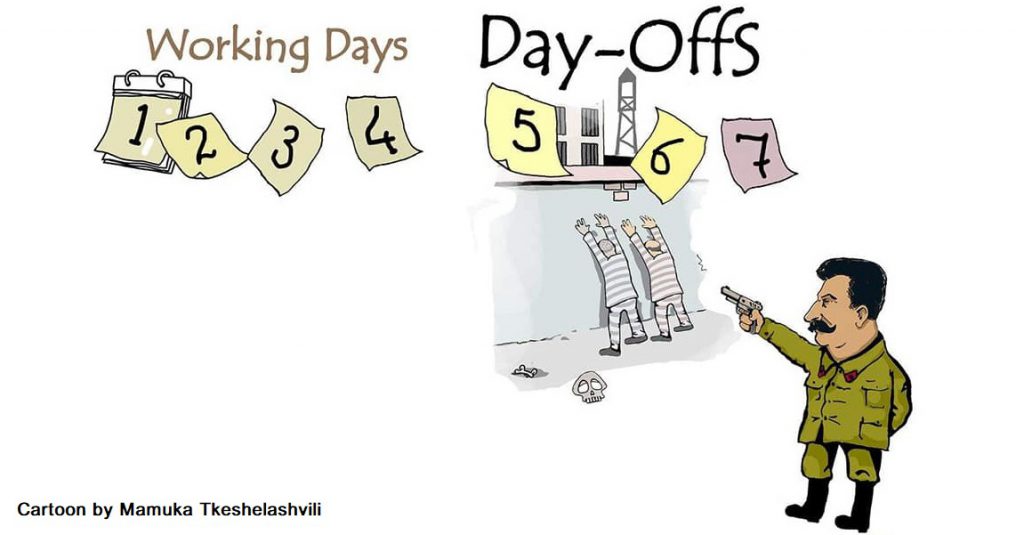 In response to the initiative voiced at the World Economic Forum in Davos on switching to a four-day working week, an online edition Georgia and World claimed that this initiative was first voiced by Joseph Stalin.

As it seems, the online edition meant the mitigation of workload by the end of the week, as a result of Stalinist repressions.